Go To The News Page
He stood 7’4” high, weighed in at 500 pounds, and was considered “the eighth wonder of the world”. Andre the Giant, a.k.a Andre Roussimoff, is one of wrestling’s most iconic figures, known for his epic WrestleMania bout against Hulk Hogan, as the loveable giant Fezzik in The Princess Bride, and for wrestling undefeated for 15 years. In anticipation of the new HBO documentary ANDRE THE GIANT debuting tonight on HBO Canada (10 p.m. ET), below are some interesting facts about the man behind the myth: The wrestler & the writer (Source) During his youth, Andre had a friendship with Nobel Laureate Samuel Beckett (Waiting for Godot). Beckett, who was living next-door to the Roussimoffs in a house built by Andre’s father, heard how the 12-year-old could not attend school because he was too big for the bus. Samuel decided to drive the 6’3”, 200-pound student to school in the back of his truck, during which time they talked about cricket.   156 bottles of beer on the wall (Source I) (Source II) In an interview on WWE’s The Legends of Wrestling, Dusty Rhodes, Terry Gordy, and Michael Hayes recall Andre drinking 156 beers in one night. That’s more than 55 litres (14.5 gallons) of beer. To put that in perspective, the average stomach can hold around one litre (0.26 gallons).     Moving minis (Source) Andre was a bit of a trickster. When living in Paris, he discovered he was strong enough to pick up small cars, which led him to mess with his friends by moving their cars and placing them between buildings, wedged against trees, or simply turning vehicles around.   Unrecognizable (Source) 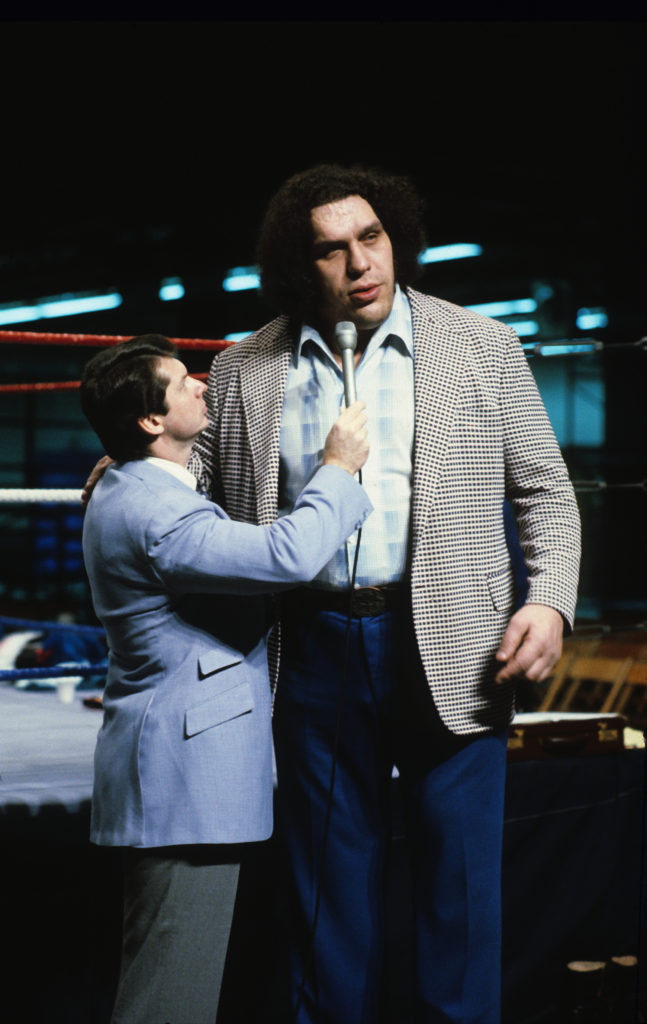 At the age of 14, Andre left the village of Moliens, France and moved to Paris to make money. He worked for a moving company until he was discovered by a group of wrestlers at the gym. When he returned home five years later, his parents didn’t recognize him. Thanks to puberty and his continued growth, they didn’t realize the famous wrestler they watched on TV was their own son.