Go To The News Page
MURDER AMONG FRIENDS (NEW SERIES) Thursdays at 10 p.m. ET/7 p.m. PT beginning June 8 Most killers act alone. But there’s another type of murder that happens less frequently, yet with no less horror – that’s when people decide to kill as a group. Using re-creations and first-person interviews, new series MURDER AMONG FRIENDS chronicles the stories of killers and their accomplices. MARRIED WITH SECRETS (NEW SERIES) Tuesdays at 9 p.m. ET/6 p.m. PT beginning June 27 Investigation Discovery’s new eight-part series profiles the dark and twisted psychological warfare of marriages, rivaling fictional blockbusters like Girl on a Train and Gone Girl. MARRIED WITH SECRETS dramatizes the surprising stories of seemingly perfect marriages that turn out to be modern day nightmares when husbands and wives embark on secret lives that take them down devastating paths. FREE PREVIEW From harrowing crimes and salacious scandals to in-depth investigations, the entire Investigation Discovery summer schedule will be available for a nationwide free preview – July 26 – August 23 – through television service providers across Canada. Free preview summer highlights include: FEAR THY NEIGHBOR (NEW SEASON) Wednesdays at 10 p.m. ET/7 p.m. PT beginning Aug. 2 The original Canadian true crime series recounts the disturbing tales of those with the misfortune to unwittingly take up residence within a stone’s throw of a psychopath or killer. These are the terrifying tales of neighbourhood intimidation, harassment, and bloodbath.  MURDER CHOSE ME (NEW SERIES) Tuesdays at 10 p.m. ET/7 p.m. PT beginning August 15 The intimate, first-person storytelling meets the gritty southern backdrop of Shreveport, Louisiana where retired homicide detective Rod Demery reflects on the career for which he was destined from the age of three, when his own mother was violently murdered. Vowing to ensure that no family would be denied justice the way his family was, Demery served 14 years as a detective in the violent crimes unit, with an unprecedented 100% confession and solve rate as lead investigator. 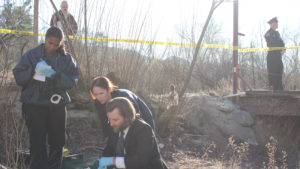 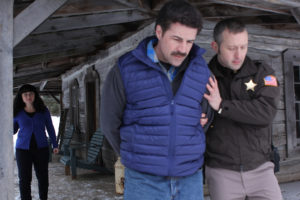