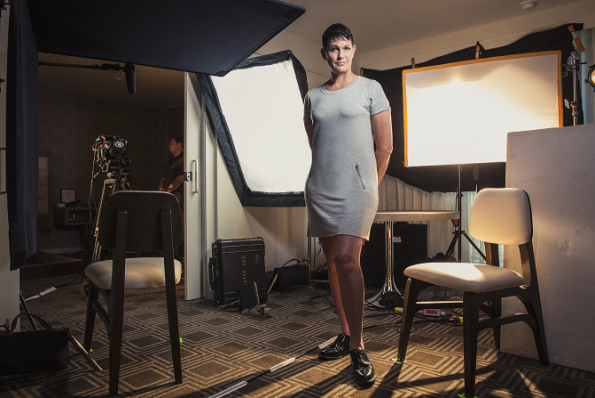 TORONTO (March 31, 2016) – With its twisted and secretive real-life crime stories,  Vanity Fair seeks to reveal the truth about some of the darkest scandals in history. Tales of celebrity misfortune, bloody murder scenes, and theft are uncovered from the magazine’s legendary vault when the weekly series VANITY FAIR CONFIDENTIAL returns for a second season on Investigation Discovery, beginning Thursday, April 14 at 8 p.m. ET/ 5 p.m. PT. Sitting down with those directly involved in some of the world’s most high-profile cases, VANITY FAIR CONFIDENTIAL casts its inquisitive lens on the powerful and privileged, including first-hand accounts of allegations made against Bill Cosby in 2015. **Media Note** Photography for VANITY FAIR CONFIDENTIAL available online here. Highlights from VANITY FAIR CONFIDENTIAL Season 2 include: VANITY FAIR CONFIDENTIAL: “Nightmare on Elwood Avenue” Thursday, April 14 at 8 p.m. ET/ 5 p.m. PT It was a crime that dominated New York City’s tabloids: the disappearance and death of 35-year-old financial analyst Maria Cruz. From Manhattan to Newark, Bryan Burrough, Vanity Fair’s special correspondent, tracks this wild tale of medical fraud, stolen drugs, and unspeakable crimes. VANITY FAIR CONFIDENTIAL: “Buried Alive”               Thursday, April 28 at 8 p.m. ET/ 5p.m. PT In this never-before told, true-crime drama, fear blankets a small town when a daughter discovers a gruesome scene in the home she grew up in, while in a neighbouring community, a father and son come face-to-face with their killers. With hundreds of thousands of dollars stolen from both locations, only one man will live to tell the tale…after being buried alive. VANITY FAIR CONFIDENTIAL: “The Perfectly Sinister Mr. Rockefeller”           Thursday, May 12 at 8 p.m. ET/ 5p.m. PT The victim of a gruesome murder has his skull and jaw shattered into 25 pieces. A seven-year-old girl from one of the country’s wealthiest and most distinguished families is abducted. Both crimes lead to an international manhunt for an exchange student with a dark past. VANITY FAIR CONFIDENTIAL: “Bill Cosby Drugged Me” Thursday, May 26 at 8 p.m. ET/ 5p.m. PT This episode takes viewers back to the ‘80s, when supermodel Beverly Johnson rose to fame as the first African American model to grace the cover of Vogue magazine. After receiving a phone call from her agent with news that Bill Cosby wanted her to audition for a role on THE COSBY SHOW, Johnson was ecstatic. But this dreamy audition turned into a living nightmare when Johnson was allegedly drugged and attacked by Cosby after being invited to read for the part in his home. Now years later, Johnson and four other women who claim Cosby assaulted them share their stories in this intimate investigation into the allegations made against America’s favourite TV dad.

The Comedy Network Remembers Garry Shandling with THE LARRY SA...