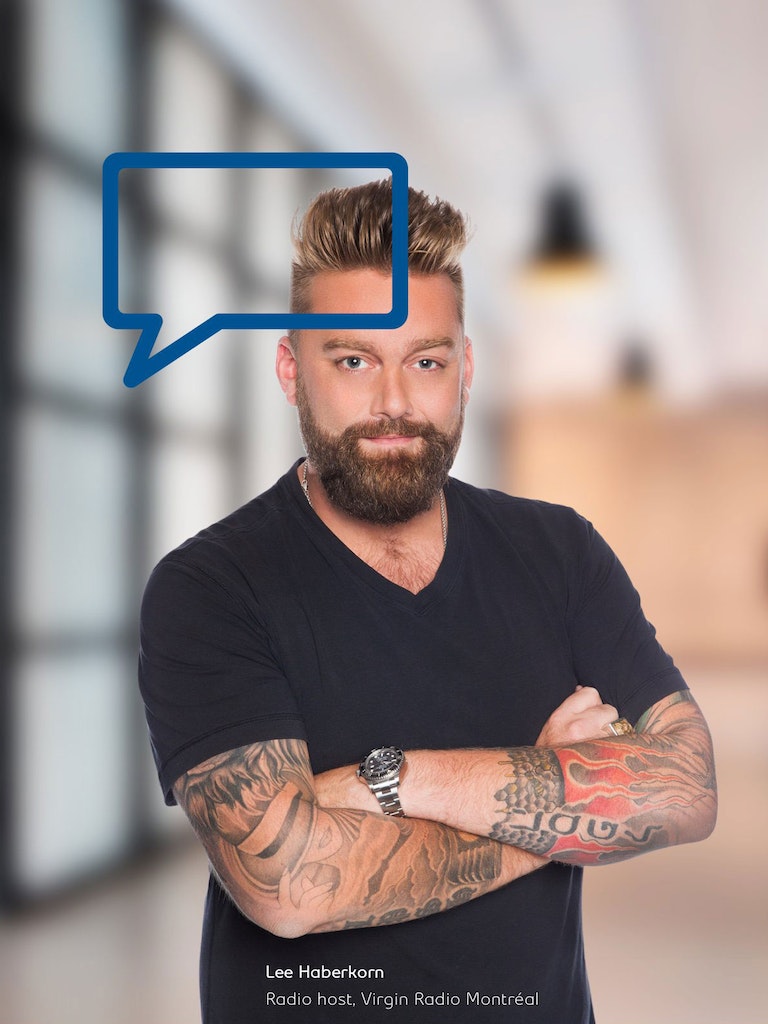 • Talk, text and join in on social media no matter where you are, and let those who struggle with mental illness know they're not alone
• Bell donates 5 cents to mental health programs for every eligible interaction, at no extra cost to you
• Watch the CTV primetime special In Their Own Words tonight at 7 pm eastern
• Learn 5 simple ways to help end stigma at Bell.ca/LetsTalk

MONTRÉAL, Jan. 31, 2018 /CNW Telbec/ - Bell Let's Talk Day 2018 is finally here! Let's all talk, text and show our support on social media to drive Bell donations to more mental health programs helping Canadians living with mental illness and help build a Canada free of the stigma of mental illness. "The best part of being one of the friends of Bell Let's Talk is that I've seen first-hand that talking works," said Beth Beattie, who appears in this year's Bell Let's Talk Day awareness campaign. "Many people have reached out to me to share stories of mental health challenges whether their own or those of a family member or friend. And I've learned of people seeking the help they need because they've heard my story or the stories of other friends of Bell Let's Talk. Being on the Bell Let's Talk team has been immensely rewarding and empowering. Let's keep this conversation going today and make it a new record setter!" The 2018 Bell Let's Talk Day awareness campaign has shone a spotlight on the personal stories of Canadians of all ages from all walks of life and every corner of the country who are living with mental illness or providing support for those who do. This diverse group came together to share their personal stories of struggle, recovery and support with everyone in the country, offering their lived experience to encourage everyone to talk openly about mental illness. "Thank you so much to the outstanding Bell Let's Talk team for leading the conversation today and sharing their stories so openly with all Canadians," said Mary Deacon, Chair of Bell Let's Talk. "Let's all follow their example today and talk, with family, friends and colleagues, about the importance of mental health. Join in no matter where you are and let's make Bell Let's Talk Day another milestone toward ending the stigma of mental illness. Let's get talking!" It's never been easier to join the conversation Bell will donate 5 cents to Canadian mental health programs for each of these interactions at no extra cost to participants: A busy day for the Bell Let's Talk team The Bell Let's Talk team is leading the mental health conversation at events around the country including: Bell Let's Talk Day primetime special The Social's Marci Ien hosts In Their Own Words, A Bell Let's Talk Day Special. The one-hour primetime event premieres at 7 pm ET/MT on CTV and CTV Two, and features stories from a diverse group of Canadians living with mental health challenges. Facebook Live event Following In Their Own Words, Marci Ien, Bell Let's Talk Chair Mary Deacon and Dr. David Goldbloom participate in a live Facebook event. University sport games in support of Bell Let's Talk 130 universities and colleges around the country host 200 events and varsity games to encourage the campus mental health conversation. Andrew Jensen in Halifax Andrew visits with military personnel at CFB Halifax and CFB Shearwater, speaks to students at the Nova Scotia Community College Ivany Campus, and at 7 pm drops the puck at the Dalhousie men's hockey game at the Halifax Forum. Étienne Boulay in Québec City Étienne hosts the second edition of the Festival d'été de Québec mental health awareness concert at Imperial Bell. Florence K at Garrison Saint-Jean – Canadian Forces Leadership and Recruit School Florence K meets with members of the military at the Saint-Jean-Sur-Richelieu military base. Chamber of Commerce of Metropolitan Montréal Business leaders take part in a panel discussion about mental health in the workplace from 11:30 am to 1:30 pm at the Fairmont The Queen Elizabeth. Bruno Guévremont in Ottawa Bruno participates in the Canadian Armed Forces panel discussion on mental health at 12 noon with Cmdre Chris Sutherland, Col Collen Forestier, MWO Shelley Lamothe and Natasha Khattar, Senior Manager, Total Health Management at National Defence Headquarters, moderated by CTV Ottawa News Anchor Graham Richardson and Captain Nadia Broadbent. The panel discussion will be live-streamed on Twitter, Periscope and Facebook. Jessica Holmes in Toronto Jessica joins The Social as fifth chair for a special Bell Let's Talk Day episode. Strike A Chord A discussion about mental wellness in the entertainment industry will take place at The Lounge at Live Nation in Toronto. Documentary screening at Hot Docs In partnership with Hot Docs and Workman Arts, a special free screening of Michael Landsberg's documentary Darkness and Hope: Depression, Sports and Me takes place at the Hot Docs Ted Rogers Cinema. Raptors 905 game in support of Bell Let's Talk TSN's Michael Landsberg is at the Raptors 905 game at 11 am at the Hershey Centre in Mississauga, where more than 5,000 young people will receive Bell Let's Talk/Raptors 905 toques. Soo Greyhounds support Bell Let's Talk Fans will receive Bell Let's Talk toques at the game. Shea Emry and Robb Nash in Winnipeg Shea and Robb participate in the True North Youth Summit at the Burton Cummings Theatre. Winnipeg celebrates Bell Let's Talk Day at The Forks To mark Bell Let's Talk Day, the WINNIPEG sign at The Forks National Historic Site goes blue all day. Bell Let's Talk Day at Studio Bell in Calgary A full day of programming at the National Music Centre includes a mental health exhibition featuring regional community partners, specialty tours, music and presentations. Séan McCann in Vancouver Séan visits with City of Vancouver first responders. BC Place Stadium lights up In partnership with Vancouver Whitecaps FC, BC Place Stadium lights up in blue to support Bell Let's Talk and mental health. The 5 simple ways to fight the stigma around mental illness Together, we can all help end the stigma around mental illness with the 5 simple ways developed by Dr. Heather Stuart, the Bell Mental Health and Anti-Stigma Research Chair at Queen's University: To learn more, please visit Bell.ca/LetsTalk. Media inquiries Jacqueline Michelis 613-785-1427 jacqueline.michelis@bell.ca @Bell_News