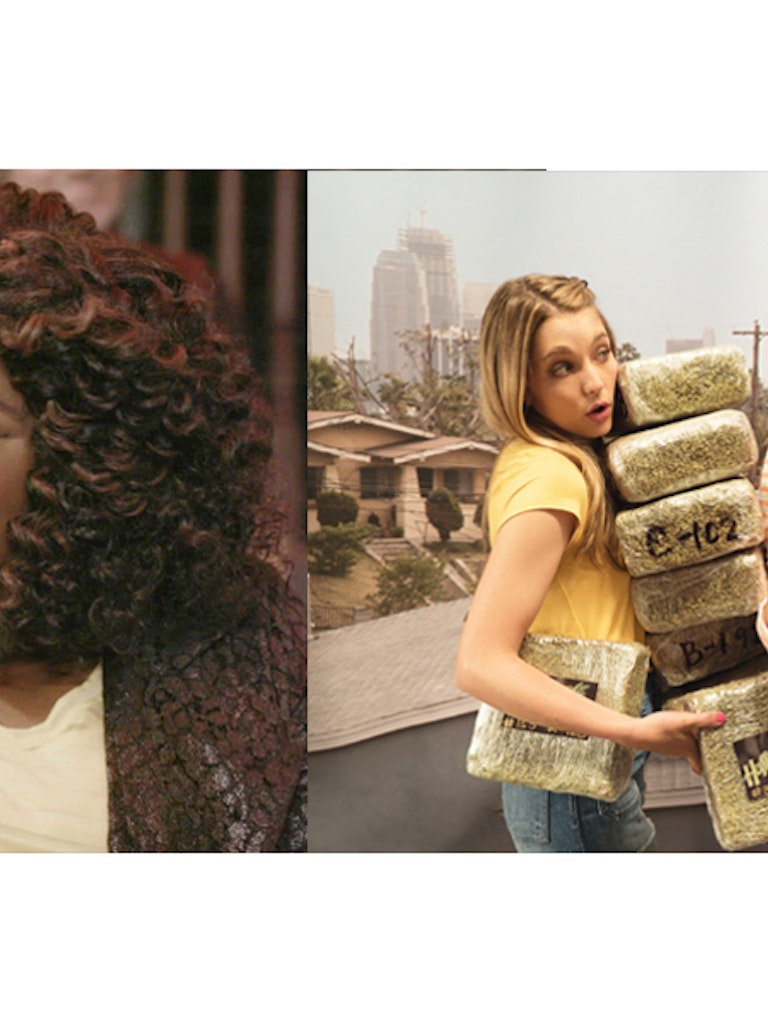 – MARY + JANE and LOOSELY EXACTLY NICOLE have Canadian premieres on Much, before moving to permanent home on MTV –
– Full episodes stream on MTV.ca following the premieres –

TORONTO (August 25, 2016) – MTV brings some girl power to the screen this fall with two brand new series: MARY + JANE and LOOSELY EXACTLY NICOLE. To celebrate, MTV shares the spotlight with special premiere timeslots on Much, Monday, Sept. 5 at 10 and 10:30 p.m. ET, before repeating at 11 and 11:30 p.m. the same night on MTV. On Monday, Sept. 12, the series settle into their regular timeslots on MTV at 11 and 11:30 p.m. respectively. Whether it’s best friends finding success as weed dealers or an aspiring comedian living the pseudo-Hollywood life, these new series are all about success, friendship, and finding ways to deal with life’s curveballs. Viewers can catch up on full episodes on MTV.ca or on demand with their TV provider, where available. MARY + JANE (Monday, Sept. 5 at 10 p.m. ET on Much, and 11 p.m. ET on MTV) follows best friends and “ganja-preneurs” Paige (Jessica Rothe) and Jordan (Scout Durwood). These ladies know how to maintain a successful business while doing as little work as possible. As California comes out of the ‘green closet’, they start an all-female weed delivery service in Los Angeles catering to everyone from foodies, celebrities, and hipsters. High-times are ahead with guest appearances by Seth Green (FAMILY GUY), Leonard Roberts (American Sniper), Missi Pyle (Gone Girl, ANOTHER PERIOD), Andy Daly (ANOTHER PERIOD), and the pot-smoking ambassador himself, Snoop Dogg, writer and performer of the series’ theme song. Watch the trailer for MARY + JANE here. Then, comes LOOSELY EXACTLY NICOLE (Monday, Sept. 5 at 10:30 p.m. ET on Much and 11:30 p.m. ET on MTV), starring MTV actress and comedian Nicole Byer (GIRL CODE, LADYLIKE) portraying a not-so-highly fictionalized version of herself. The series follows Byer as she lives the Hollywood dream. Well, Hollywood adjacent – the deep valley to be precise – and it's not so much a dream, as it is a struggle. Byer, exuding her special brand of confidence and irreverence, demonstrates the hilarious missteps that come with being out on your own for the first time. With the help of her two besties, she navigates the ‘real world’ as she endures humiliating auditions, unpaid electric bills, and the romantic battlefield that is Tinder, all while slowly, but surely, finding her voice as a comedian. Watch the trailer for LOOSELY EXACTLY NICOLE here.

About MTV:
From fashion and politics to lifestyles and trends, MTV is all about the stories of young amazing lives from a distinctly Canadian perspective. Available across multiple platforms, including online at MTV.ca and live on Bell Mobile TV, MTV pushes boundaries with innovative original programming.  MTV is available in 6.5 million households across Canada and is a Canadian-programmed and managed business. MTV is a division of Bell Media, which is part of BCE Inc. (TSX, NYSE: BCE), Canada’s largest communications company. MTV in Canada is one of 63 MTV-branded services available in 152 territories around the world.

TSN Heads to the Big Apple for Live Multi-Court Coverage of th...