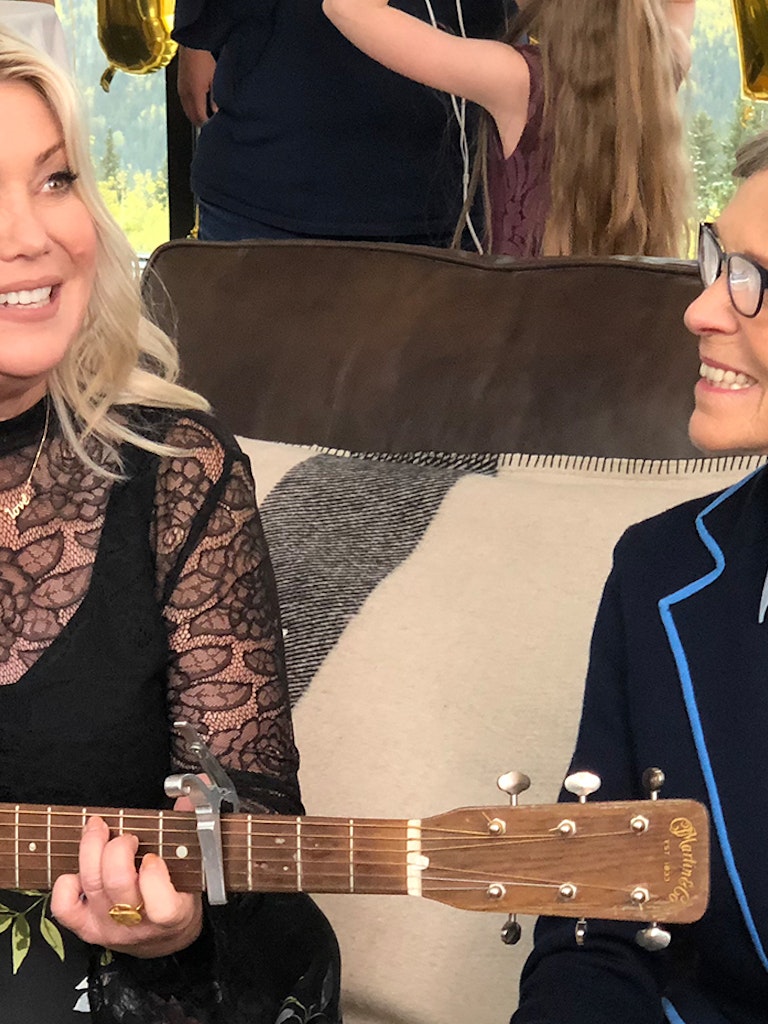 Written and performed in collaboration with actress Zoie Palmer Jann Arden’s on-screen sister in the series, the single is a stripped down, slow song whose lyrics play tribute to the unconditional love of their mother and the universal power of maternal affection.

In Episode 4 of “JANN” titled “Major Party Foul,” which aired last night (April 10) on CTV, Jann (Jann Arden) learns her sister Max (Zoie Palmer) is planning a 75th birthday party for their mom Nora (Deborah Grover) and insists on taking over the party planning. She even blackmails an old friend into performing at the party – guest star Rick Mercer. The party goes well until conflicts between Jann and Max come to a head, nearly ruining the night and deeply upsetting Nora. The sisters come together to set things right and salvage their mother’s celebration by performing “Mother Mine.” The episode is available on demand on CTV.ca and the CTV app, as well as on Crave.

LISTEN TO THE SONG HERE
https://jannarden.lnk.to/mothermine

“Having the opportunity to write and sing this song with Zoie Palmer, my onscreen sister, really made this a spectacular experience. It brought so much realism and heart to the entire episode. Losing a loved one to Dementia is a long, hard, unknowable road. This song is a salute to mom’s everywhere,” said Jann Arden.

About Jann Arden
Jann Arden is a singer, songwriter, broadcaster, actor, author and social media star. The celebrated multi-platinum, award-winning artist catapulted onto the music scene in 1993 with her debut album, Time for Mercy, featuring the hit single “I Would Die for You”. A year later she had her international break-out hit “Insensitive”. She has written four books, the most recent being the Canadian bestseller Feeding My Mother – Comfort and Laughter in the Kitchen as My Mom Lives with Memory Loss. She is much in demand as a public speaker, and a favourite frequent guest on CBC’s Rick Mercer Report and a guest host on CTV’s The Social. Jann’s most recent recording These Are the Days will be released on March 16, 2018. Once again Grammy Award winning producer Bob Rock was behind the console of what could arguably be, Jann’s most personal and poignant offering to date.

Ahead of the Final Season, GAME OF THRONES Cast Reflects on th...