Go To The News Page
The Television Critics Association (TCA) summer 2018 session is officially underway! HBO kicked things off with an executive session with President of Programming Casey Bloys, followed by a star-studded panel featuring big-screen legends, political pundits, high-profile HBO execs, and more. Here are some highlights: HBO Executive Session with HBO President of Programming, Casey Bloys While on the hot seat, Bloys confirmed the following to a room full of eager press: a DEADWOOD movie has been greenlit; the final season of GAME OF THRONES will premiere in the first half of 2019; there are plans to start shooting the GAME OF THRONES prequel series in the new year; BIG LITTLE LIES Season 2 is amazing, “newsflash: Meryl Streep is very, very good”; THE YOUNG POPE Season 2 will likely shoot this fall; CURB YOUR ENTHUSIASM will return when Larry David feels he is ready; and that THE WATCHMAN series will hopefully get underway as soon as possible. 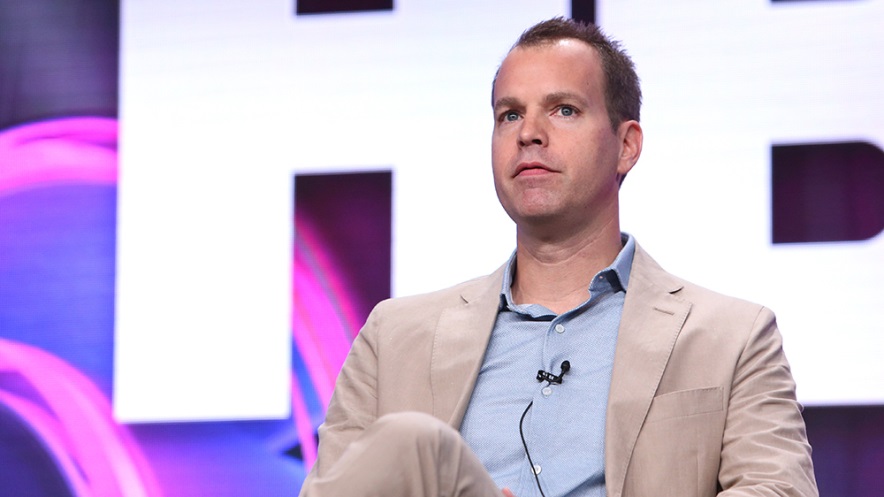 CAMPING Premieres October 14 on HBO Canada The new comedy series follows a group of old friends as they arrive at a campsite to celebrate a landmark birthday, sparking heightened emotions, latent tensions, and memories they’d rather forget. Executive produced by Lena Dunham and Jenni Konner, and starring Jennifer Garner and David Tennant. 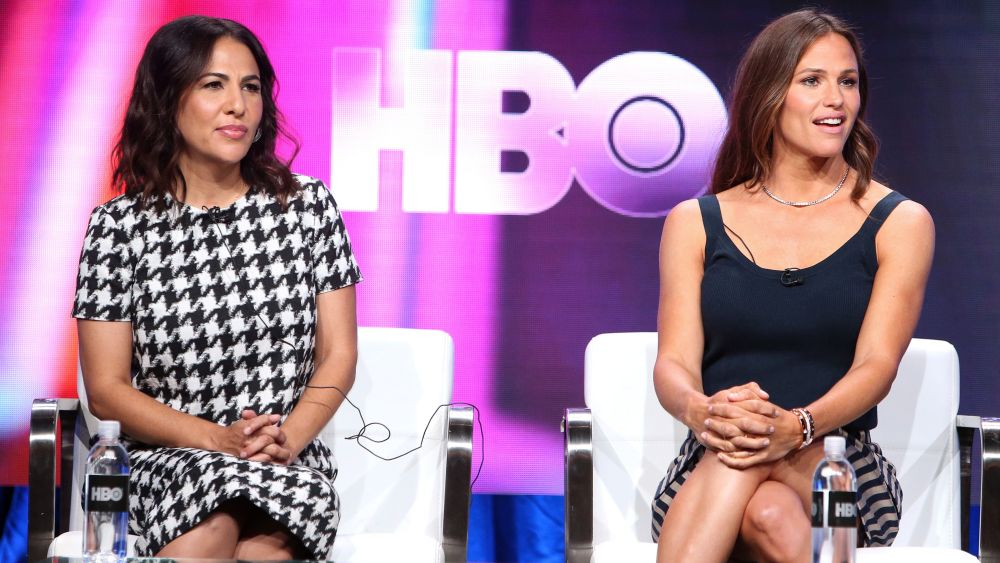 “Being in a scene with David (Tennant) and saying, ‘Do you want me to have a dysfunctional pelvic floor for the whole of your birthday weekend?’…Who gets to say this?” – Jennifer Garner via Variety “(David Tennant) just brought this character to life, like Jen did with Kathryn. They were like deflated balloons or something, and these two came in and blew them up.” – Jenni Konner via @HBOPR JANE FONDA IN FIVE ACTS Premieres September 24 on HBO Canada Directed and produced by award-winning documentarian Susan Lacy, JANE FONDA IN FIVE ACTS is an intimate look at girl-next-door, sex icon, activist, fitness tycoon, and Oscar-winning actress Jane Fonda. 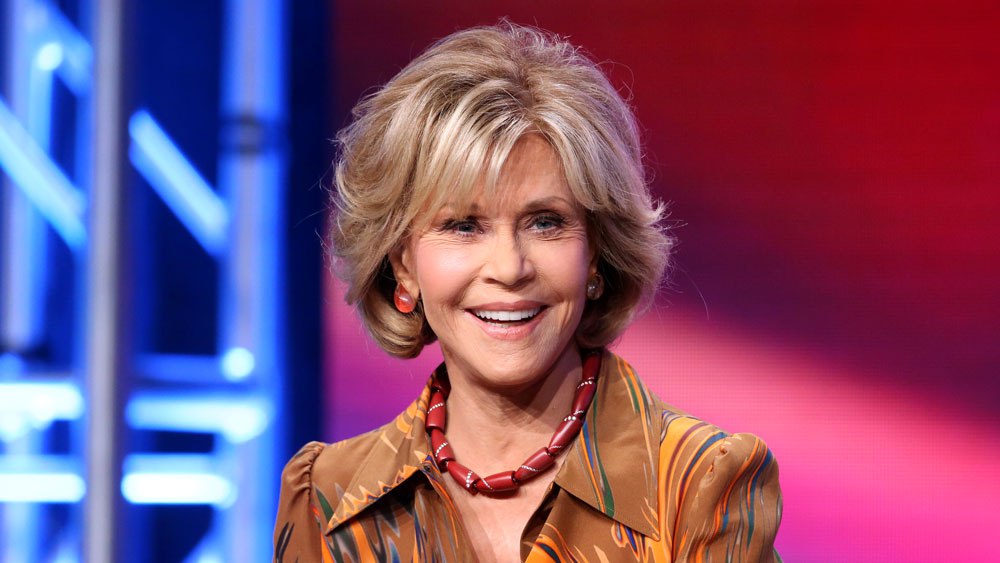 “Yes, I am still changing. I’m only 80, and there’s still a few decades left, if I’m lucky. Why be alive if you’re not learning and changing and growing?” – Jane Fonda via @HBOPR “It’s about reaching a comfort level and a trust that turned our interviews into conversations. Not once did I feel that Jane was on a rote thing. Everything I felt came from her inside.” – Susan Lacy via @HBOPR LAST WEEK TONIGHT WITH JOHN OLIVER Currently in its fifth season on HBO Canada Oliver took to the TCA stage as LAST WEEK TONIGHT returns for the second half of Season 5 after a three-week hiatus. Journalists were eager to ask questions about some of the series’ most elaborate segments, including travelling to Russia to film a secret interview with Edward Snowdon, and buying the medical debt of 9,000 Americans held by predatory debt collection agencies. 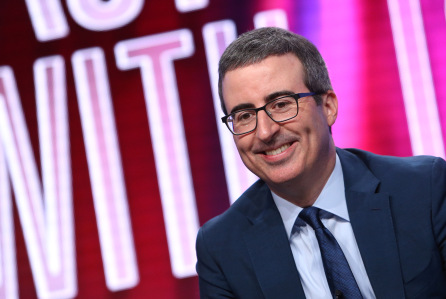 “It still feels like we’re evolving and learning. Partly, it’s realizing what our staff is capable of – and so you want to maximize and challenge them in the biggest possible ways. It doesn’t feel like we’ve fully hit a state of cruising altitude.” – John Oliver via @HBOPR “We’re really rigorous – we work on stories for generally a month. We fact check everything, mainly because you just don’t want to get something wrong.” – John Oliver via @HBOPR SHARP OBJECTS Currently airing Sundays at 9 p.m. ET on HBO Canada Based on the best-selling novel by Gillian Flynn, the eight-episode limited series stars Amy Adams as reporter Camille Preaker who returns to her small hometown to cover the murder of one preteen girl and the abduction of another. Trying to put together a psychological puzzle from her past, she finds herself identifying with the young victims a bit too closely. Directed by Canada’s Jean-Marc Vallée. 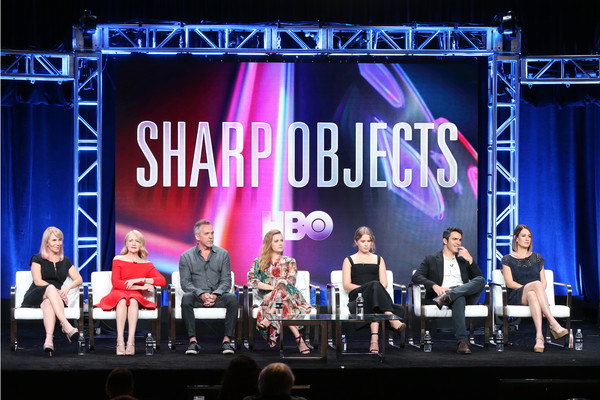 “One of the things that’s been really nice – this is very much due to everybody involved – is the reactions of an accurate telling of female trauma. That felt very validating to me because it is something that isn’t explored as often.” – Amy Adams via @HBOPR “I follow one rule, which is try to always aim for authenticity, try to touch people. When we have to be serious, we have to be serious. When we have to deal with a dramatic, bloody moment, we do it...one scene at a time, one shot at a time.” – Jean-Marc Vallée via @HBOPR “I felt like this one needed more than two hours. Just to make sure that the character study didn’t get lost within the mystery itself. There’s the mystery and then there’s the unpacking of Camille.” – Gillian Flynn via @HBOPR MY BRILLIANT FRIEND Debuts this fall on HBO Canada This eight-episode series is based on the bestselling novel by Elena Ferrante and follows the story of Elena Greco as she tries to describe the mystery of Lila, the most important friend in her life, who seems to have disappeared without a trace. 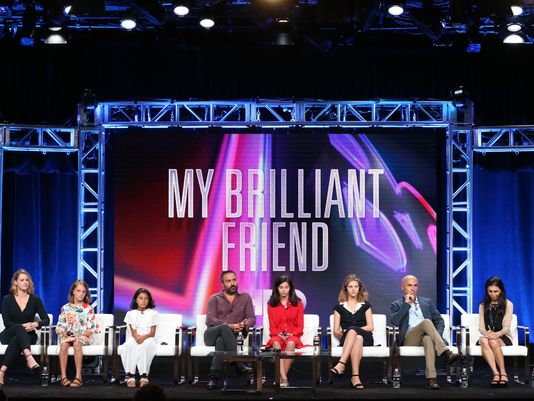 (Credit: Frederick M. Brown/Getty Images North America) “We never met [Elena Ferrante]. We just emailed with her. I think it’s one of the most well-kept secrets in Italian history. This protection of identity is very important to her, so we stay in that place.” – Executive producer Lorenzo Mieli via @HBOPR Executive producer Lorenzo Mieli says Ferrante's books are very cinematic, which helped them adapt #MyBrilliantFriend to TV. The issue was language, the dialogues are the most difficult parts. – Diane Gordon

Get Thready and Grow your Vocab for MAKING IT – A New DIY Comp...