OTTAWA (March 11, 2016) – Wendy Freeman, President, CTV News, announced today that Joyce Napier joins CTV News as Ottawa Bureau Chief. Formerly of Société Radio-Canada, The Canadian Press, La Presse, The Globe and Mail in Montréal, and Le Devoir - for which she filed from the Middle East and Washington -  Napier will leverage her vast journalistic experience and extensive contacts, overseeing political news from Ottawa for CTV News across all of its platforms. 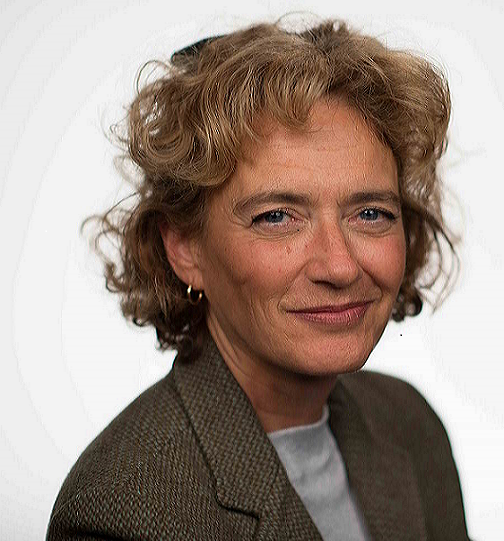 ** Media Note ** Download photos of Joyce Napier at BellMediaPR.ca “A highly respected journalist with a seasoned career, Joyce’s expert track record makes her a natural fit for CTV News,” said Freeman. “Joyce is a superb storyteller, and her addition to our team further solidifies Canada’s #1 news organization in our nation’s capital.” “In this time of great change in our government and country, I’m both proud and excited to be joining Canada’s leading news team to carry on the reporting and political analysis that viewers count on each and every day from their most-trusted source,” said Napier. Born in Montréal and fluent in English, French, Spanish, and Italian, Napier spent her childhood in Rome before returning to Québec to study journalism at Concordia University. She began her career as a print journalist, working as a Montréal correspondent for The Globe and Mail and The Canadian Press, before becoming a reporter for La Presse. She joined CBC as a television reporter in Montréal in 1989 when she reported on the massacre at l’École Polytechnique, beginning her near 30-year career in broadcast journalism. Napier first joined Radio-Canada in 1992, reporting on the 1995 Québec referendum before being named Radio-Canada’s Middle East Correspondent in 1998. While in the Middle East, Napier covered the second Intifada, the Israeli pullout from south Lebanon, and the death of Syrian President Hafez Al Assad. In 2003, Napier moved to the U.S. and was subsequently named Washington Bureau Chief for Radio-Canada, a position she held until 2014. During that time, Napier covered the U.S. Military base in Guantanamo Bay, the consequences of the BP Deepwater Horizon oil spill, the devastation of Hurricane Katrina, and the Newtown massacre. Napier also reported from Rome on the death of Pope Jean-Paul II in 2005. Later that year, she landed the only media interview with Karla Homolka, who had just been released from prison. In 2008, Napier stood across from the stage in Chicago’s Grant Park, reporting live as Barack Obama accepted the U.S. presidency, a moment she cites as her most memorable personal career highlight. In August, 2015, Napier returned to Canada after 17 years abroad, becoming Radio-Canada’s Senior Political Correspondent for the network’s parliamentary bureau.

CTV News is Canada’s most-watched news organization both locally and nationally, and has a network of national, international, and local news operations. CTV News operations include CTV NEWS CHANNEL, BNN – Business News Network, CP24, and information programming, including CTV NATIONAL NEWS WITH LISA LAFLAMME, CTV NATIONAL NEWS WITH SANDIE RINALDO, W5, POWER PLAY, and QUESTION PERIOD. Flagship news sites include CTVNEWS.ca, as well as CP24.com and BNN.ca, and are complemented by CTV News GO, CP24 GO, and BNN GO apps, which provide a direct connection to Canada’s most trusted news anytime and anywhere.  With a perspective that is distinctly Canadian, CTV News brings Canadians the international and domestic news stories of the day and is the #1 news organization in Canada.

Bloodied But Unbowed, Detective Bosch is Back on the Beat as S...

A Devoted Dad Leaves the MASTERCHEF CANADA Kitchen Following a...