Go To The News Page
Created by Phoebe Waller-Bridge (FLEABAG), and based on the novellas by Luke Jennings, KILLING EVE is a genre-bending cat-and-mouse spy thriller starring Canadian actress Sandra Oh as Eve, an MI5 operative who is tasked with tracking down the psychopathic contract killer Villanelle (Jodie Comer, THE WHITE PRINCESS).  The critically-acclaimed suspenseful drama makes it Canadian debut Sunday, July 22 at 9 p.m. ET on Bravo and it’s bringing its buzz with it! Here’s why Canadians should be excited:

Critics Love It! They Really Love It!

“…KILLING EVE is relentlessly engaging and surprising where it's least expected, making for the next must-see show of 2018.” – The Hollywood Reporter

“…KILLING EVE is a gorgeous scoop of sinister.” – Salon

On Metacritic, a site that aggregates reviews, KILLING EVE currently has score of 83, making it one of the best-reviewed on the site this year. The Ringer clearly agrees, as they rank KILLING EVE among “The Best TV of 2018—So Far.” The love for the series’ first season doesn’t stop there. At the upcoming Television Critics Association Awards, KILLING EVE is up for five awards, the most nominations for any series this year. Both Sandra Oh and Jodie Comer are nominated for Individual Achievement in Drama, while the series itself is nominated for Outstanding New Program, Outstanding Achievement in Drama, and Program of the Year.

Sandra Oh is Back! 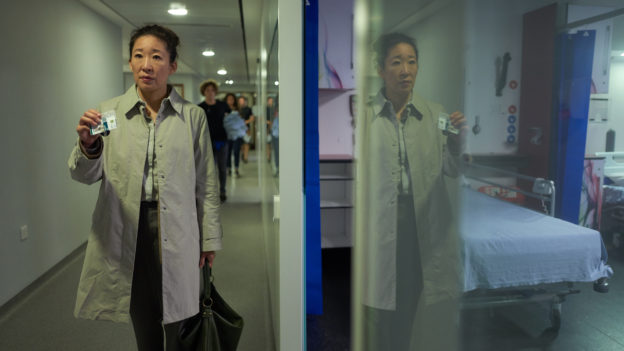 Best known for her 10-year run as Cristina Yang on GREY’S ANTOMY, Sandra Oh makes a triumphant return to television in KILLING EVE as Eve, a quick-witted but bored MI5 security services operative whose desk job conflicts with her ambitions of being a spy. The role, which she told Vogue has “taken me 30 years to get,” has netted Oh significant praise from critics, with Salon stating “KILLING EVE belongs to Sandra Oh” and The Atlantic noting that “Oh anchors the show.” Vulture went so far as to proclaim that “the best actress on TV is KILLING EVE’s Sandra Oh” 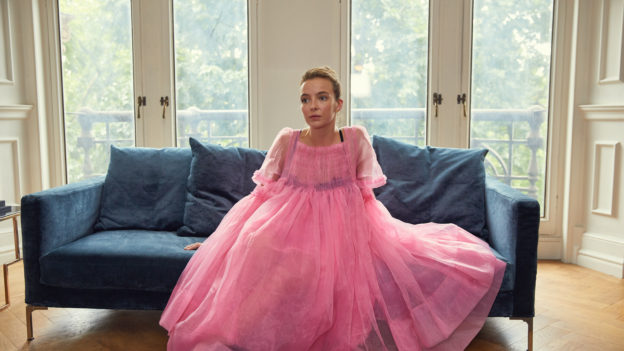 Every cat needs its mouse and Villanelle is one psychopathic mouse. Played by Jodie Comer, Villanelle is a polished, highly skilled killer-for-hire, or as Rolling Stone describes her, “a cheeky, blithely amoral girl’s girl with a penchant for nice clothes, a deep love of her craft (i.e. brutally murdering people against a variety of European backdrops in highly creative ways) and a doomed longing for a friend who really gets her.” Vanity Fair calls the character “one of the most magnetic, roguish psychopaths in TV history.” Comer, who “is exceptional in the role,” according to The Atlantic, deserves some of credit for the acclaim, as Waller-Bridge told Rolling Stone “she didn’t so much run with the character as shoot off into space with her.”   KILLING EVE premieres Sunday, July 22 at 9 p.m. ET on Bravo. Press screeners for the first two episodes are available now (login using your media site credentials).