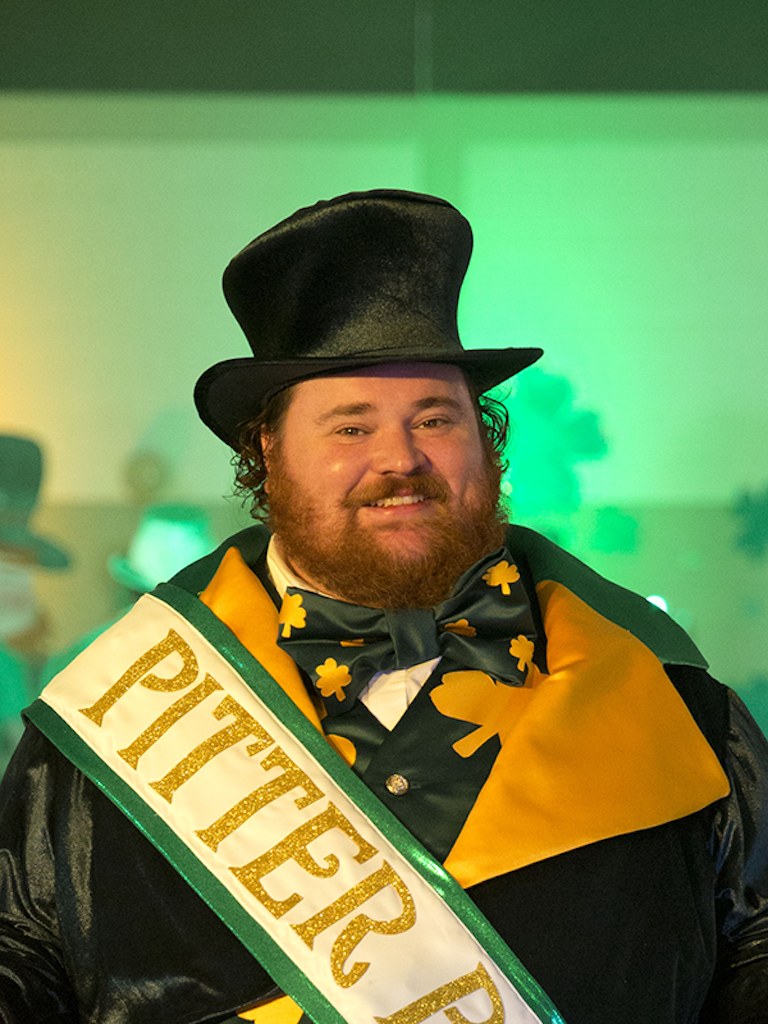 “See, I can tell you this – the problem with watching LETTERKENNY to write and report on it is that I end up laughing so much I can’t take notes.” – John Doyle, The Globe and Mail. TORONTO (January 19, 2017) – Pitter Paddy Canada! With streamers thirsty for even more LETTERKENNY, CraveTV confirmed today the release of a special surprise St. Patrick’s Day episode to debut this coming Friday, March 17 - the day dedicated to everyone’s favourite 5th-century, Romano-British Christian missionary. The soon-to-be legendary special is just like regular LETTERKENNY, but mixed with a few Black and Tans and some shameless shamrockery. When everyone in Letterkenny gets interplanetary in honour of Saint Patrick, the epic all-nighter ends with a declaration of Saint Perfection. To wet viewers’ whistles, here’s a clip of the hicks after it all went down. “The fictional Letterkenny, Canada is the namesake of the very real Letterkenny, Ireland, so how better to honour that connection than with this St. Patrick’s Day surprise,” said Mike Cosentino, Senior Vice-President, CTV and Specialty, Bell Media. “LETTERKENNY fans are going to love this hilarious special episode, unlocked just in time for the big day itself.” Season 2 of LETTERKENNY launched Christmas Day as the most-watched title on the streaming service, eclipsing its own Season 1 for record viewers. As announced earlier this week, Season 1 of the smash-hit original CraveTV comedy was nominated for eight Canadian Screen Awards, including Best Comedy Series and Best Performance by an Actor in a Continuing Leading Comedic Role for Jared Keeso. Already confirmed for a third season, LETTERKENNY is produced by New Metric Media in partnership with DHX Media and is set to begin production on another six-pack in Sudbury, ON this year. Seasons 1 and 2 are currently streaming on CraveTV and Season 1 is also available on iTunes and Google Play. LETTERKENNY revolves around the dustups Wayne and his buds get into with their small-town Ontario rivals. Back to cause a whole lot of ruckus out of a whole lot of nothing, The Hicks, The Skids, and The Hockey Players get at each other about the most mundane things, often ending with someone getting their ass kicked. Wayne, his best bud Daryl (Nathan Dales, Goon: Last of the Enforcers), Wayne’s free-spirited younger sister Katy (Michelle Mylett, FOUR IN THE MORNING), and Wayne’s buddy, Dan (K Trevor Wilson, JEFF ROSS PRESENTS: ROAST BATTLE) are all Hicks. McMurray (Daniel Petronijevic, 19-2) is a Hick but has been outcast due to his inability to relax. He also runs the Agricultural Hall with his loving wife Mrs. McMurray (Melanie Scrofano, WYNONNA EARP). Dylan Playfair (HATERS BACK OFF) and Andrew Herr (Mr Hockey: The Gordie Howe Story) reprise their roles as Hockey Players “Jonesy” and “Reilly”. Tyler Johnston (MOTIVE) stars as lead Skid, Stewart, and Stewart’s “Sideskid” Devon is played by Alexander De Jordy (19-2). Evan Stern (RoboCop) stars as Third-Skid-in-Command, Roald. Lisa Codrington (COPPER) returns as Modeans bartender, Gail, and Jacob Tierney (The Trotsky) as the Christian leader Glen. LETTERKENNY is produced by New Metric Media (What Would Sal Do?), in partnership with DHX Media in association with Bell Media, with the participation of Canadian Media Fund, OMDC Tax Credits and the Canadian Film or Video Production Tax Credit and the Northern Ontario Heritage Fund. Jacob Tierney is executive producer, director, and co-writer. Patrick O’Sullivan and Mark Montefiore are executive producers for New Metric Media. Sarah Fowlie is Director, Independent Production, Comedy, Bell Media. Executive for Bell Media is Bill Lundy. Corrie Coe is Senior Vice-President, Independent Production, Bell Media. Mike Cosentino is Senior Vice-President, CTV and Specialty. Randy Lennox is President, Broadcasting and Content, Bell Media.

About DHX Media
DHX Media Ltd. (www.dhxmedia.com) is the world’s leading independent, pure-play children’s content company. Owner of the world’s largest independent library of children’s content, at more than 11,800 half-hours, the Company is recognized globally for such brands as Teletubbies, Yo Gabba Gabba!, Caillou, In the Night Garden, Inspector Gadget, Make It Pop, Slugterra and the multiple award-winning Degrassi franchise. As a content producer and owner of intellectual property, DHX Media delivers shows that children love, licensing its content to major broadcasters and streaming services worldwide. Through its subsidiary, WildBrain, DHX Media also operates one of the largest networks of children’s content on YouTube. The company’s robust consumer products program generates royalties from merchandise based on its much-loved children’s brands. Headquartered in Canada, DHX Media has offices in 15 cities globally, and is listed on the Toronto Stock Exchange (DHX.A and DHX.B) and the NASDAQ Global Select Market (DHXM).

The Comedy Network Honours Carrie Fisher with the Exclusive Pr...