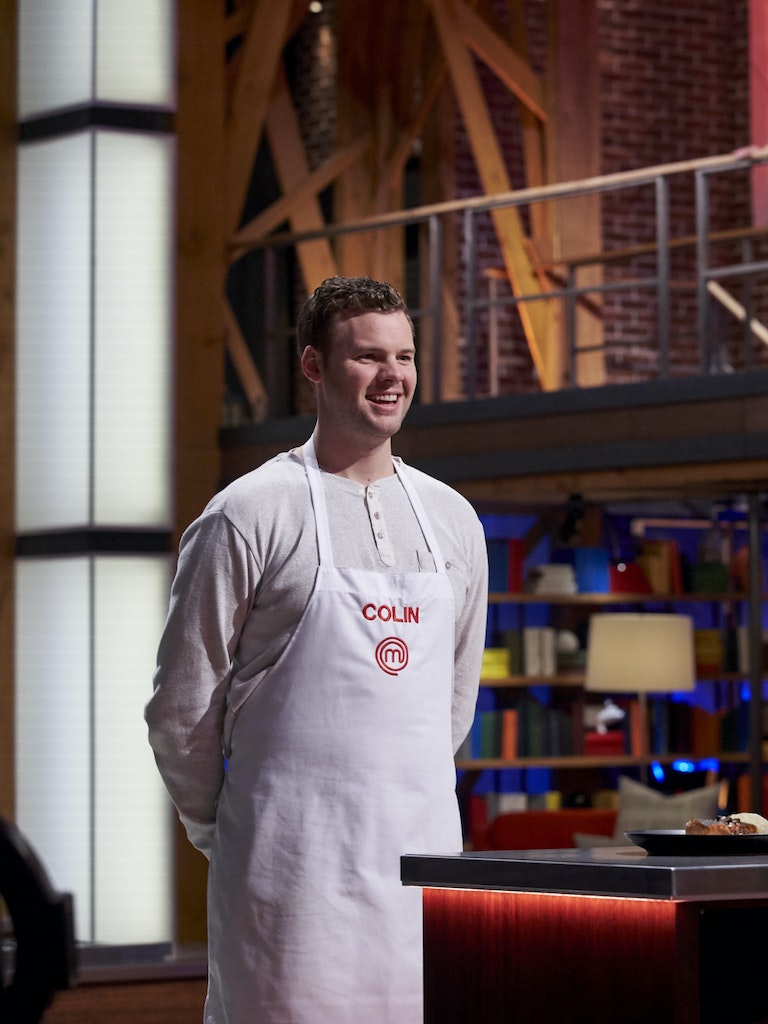 There were tears in Colin Buckingham’s eyes when he found out he was being sent home on MASTERCHEF CANADA. But Chef Michael Bonacini still managed to get a smile out of Colin, who is a car salesman from St. John’s, Nfld.

“Colin, as a car salesman, I think you could sell just about anything - except a ceviche cheesecake,” said Bonacini. Indeed, Colin was eliminated from the competition, in an episode that aired Monday night on CTV, when his savory cheesecake did not measure up for judges Bonacini, Alvin Leung, and Claudio Aprile.

With Season 6 of MASTERCHEF CANADA continuing, airing Mondays at 9 p.m. ET on CTV, here’s what Colin had to say about his intense experience on the show:

Colin: “The best piece of advice I got was to follow your dream, and never give up. When Chef Michael (Bonacini) said I belonged in the kitchen during the team challenge, it was pretty surreal.”

Q: Was there an element of appearing on MASTERCHEF CANADA that was harder than you thought it would be, or harder than it looks on TV?

Colin: “Yes, appearing on MASTERCHEF CANADA was a lot harder than I thought. It’s a lot of pressure and stress. Plus, you’re competing against 17 other amazing cooks from across Canada. If you have one bad cook, you’re gone!”

Q: Looking back, what would you have tried to do differently in the pressure test? You admitted that baking wasn't really your specialty, but nonetheless Chef Alvin Leung wasn't shy about giving you a bluntly honest assessment of your savory cheesecake (“That’s a wreck!”). Was it hard to hear that?

Colin: “True, baking isn’t my thing! But I just need to practice more. In the moment, I went outside the box and it didn’t work, but I have no regrets. If I had my time back, I would change maybe a couple of things. In hindsight, I could say I could have done a million different things. But I’m just happy I got two cheesecakes (one sweet, one savory) completed in such a short amount of time! This was the best experience of my life.”

Q: With an appearance on MASTERCHEF CANADA under your belt, what's next for you in the cooking world?

Colin: “The world is my oyster! I’ll keep cooking and pushing to follow my dream. I’m going to do some private events and see where it takes me.”