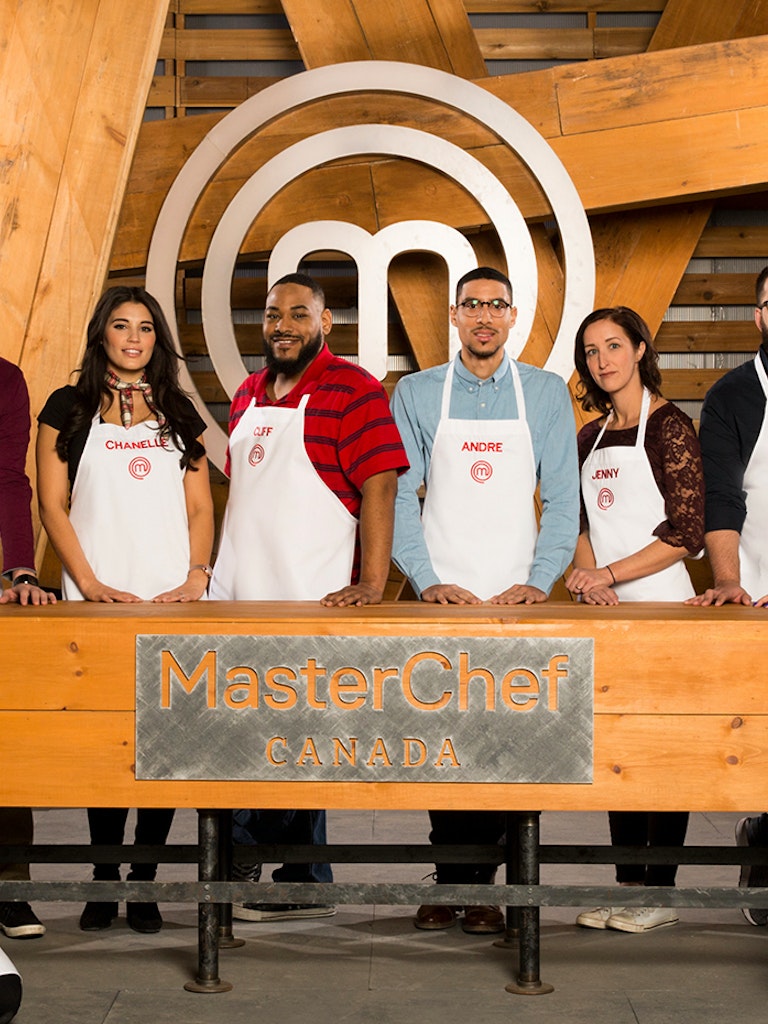 In a new twist this season, MASTERCHEF CANADA’s esteemed judges Michael Bonacini, Alvin Leung, and Claudio Aprile each personally selected six of the country’s best home cooks, inviting them to make up the Top 18 finalists for this year’s competition. Each judge’s six selected home cooks then battled it out against each other in the kitchen for the chance to earn a white apron and advance in the competition. New episodes of MASTERCHEF CANADA continue Mondays at 9 p.m. ET/PT on CTV, and are then available to stream anytime on CTV.ca and the CTV app.

With 60 minutes to prepare their protein, the judges upped the pressure by announcing that not just one, but two people would be sent home at the end of the challenge. After setbacks for a number of home cooks, Tony La Ferrara’s “Crab and Ricotta-stuffed Cannelloni” was selected as the winner, with Chanelle Saks creating the second-best dish with her “Baby Octopus with Crispy Chickpeas and Potatoes.” With four dishes remaining, the judges ultimately determined that Steven and Cliff’s creations were not up to the calibre of the rest of the group, and both home cooks were eliminated.

The remaining Top 10 home cooks vying for the title of MASTERCHEF CANADA and the $100,000 cash prize are:

In the next all-new episode of MASTERCHEF CANADA, “Top Hats and Tails” (Monday, April 15 at 9 p.m. ET/PT on CTV, CTV.ca and the CTV app), the remaining home cooks face their first off-site Team Challenge where they prepare a two-course meal for a Caribbean-inspired wedding. Teams are given three hours to make and plate their dishes for 121 guests, who then vote on which menu they prefer. The winning team is safe from elimination, and the losing team must complete a Pressure Test that will eliminate at least one home cook from the kitchen.

Miele returns for its sixth season as the official appliance sponsor of MASTERCHEF CANADA, with German-made Miele appliances outfitting the MASTERCHEF CANADA kitchen. Joining the series this season are McCormick Gourmet™ and Paderno, who will both receive in-show integrations as well as custom digital content. MASTERCHEF CANADA is also proud to partner with Princess Margaret Hospital on their Colour to Conquer fundraising campaign.

Season 4 of CARDINAL is in the Wings, as Media Visit Set in No...

Steven and Cliff Wonder "What if?" on MASTERCHEF CANADA