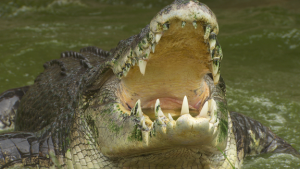 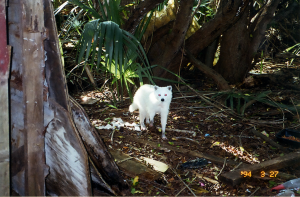 Consider this an official warning!  MONSTER WEEK returns to Animal Planet, featuring some of the most terrifying beasts to ever have inhabited the Earth.

TORONTO (May 13, 2016) – Be afraid, be very afraid.  MONSTER WEEK, Animal Planet’s most anticipated week returns for a fifth year with all-new programming viewers can really sink their teeth into. For seven nights beginning Monday, May 30 through Sunday June 5, MONSTER WEEK brings jaw-dropping stories of some of the most menacing and merciless animals roaming the planet. From dangerous reptiles to killer swarms, and the most ferocious animal attacks caught on tape, MONSTER WEEK delivers new series and specials from around the globe, bringing viewers up-close-and-personal with these unpredictable and often dangerous creatures. **Media Note** Photography for MONSTER WEEK available online at BellMediaPR.ca. All-new series and specials debuting as part of the MONSTER WEEK schedule include: KILLER SWARMS – New Series Monday, May 30 at 8 p.m. ET/5 p.m. PT Due to global warming, habitat destruction, and human encroachment, swarms are on the rise around the globe. From mobs of vermin and angry hives of killer bees, to hordes of hungry sharks, these swarms are real…and deadly. VENOM HUNTERS: LIQUID GOLD – New to Animal Planet Tuesday, May 31 at 8 p.m. ET/5 p.m. PT Critical to life saving medical research, snake venom demand is at an all-time high, and venom hunters are travelling to the ends of the earth – and risking their lives – in hopes of saving lives. WEIRD, TRUE & FREAKY: REAL MONSTERS – New Season Wednesday, June 1 at 8 p.m. ET/5 p.m. PT These are the most massive, fear-igniting monsters, and their eye-popping rampages of sheer terror are caught on tape. With slithering serpents, dagger-toothed cats and stealth sea assassins, Animal Planet counts down the Top 10 most ferocious attacks. FINDING BIGFOOT: SQUATCH WARS – New Episodes Thursday, June 2 at 8 p.m. ET/5 p.m. PT A team of four fearless explorers returns to the Pacific Northwest to determine whether the U.S. or Canada has the most evidence of Bigfoot activity. The team splits up to interview witnesses and conduct night investigations on Olympic Peninsula in Washington and B.C. SNAKETACULAR – New Special Friday, June 3 at 8 p.m. ET/5 p.m. PT Viewers are invited to get up close and personal with some of the creepiest creatures on earth…snakes. Host Danny Trejo (BREAKING BAD, SONS OF ANARCHY) along with a range of reptile experts provide insight on home videos and real snake encounters in this nail-biting, one-hour special.

“Things That Canadians Will Watch”: CTV Unveils its Summer 201...