Go To The News Page
MONTRÉAL (September 15, 2016) — Starting Monday, September 19, Montreal Canadiens forward Brendan Gallagher will be a regular on-air contributor to THE MORNING SHOW WITH MCKENNA, STARR AND MOFFAT on TSN 690. Every Monday at 9:35 a.m., throughout the season, Gallagher will be invited to comment on the latest Habs news and the team’s performances. The Canadiens’ alternate captain will also discuss his life away from the rink. “Having Brendan Gallagher live on air each week is a major coup for us,” said Chris Bury, program director for TSN 690. “This addition enables listeners to get Canadiens news and learn more about the life of the team’s most popular players.” As the official English radio broadcaster of the Montreal Canadiens, TSN 690 will broadcast every preseason, regular season and playoff games of the Habs’ 2016-2017 calendar. 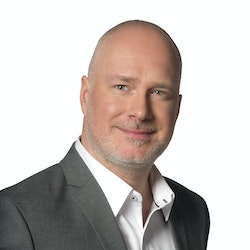 The Rolling Stones’ Historic Film Goes to CraveTV In First-Wi...