– Full day of Bowie programming begins Sunday, Jan. 17 at 6 a.m. ET –
– Highlights include documentary DAVID BOWIE: FIVE YEARS, following Bowie’s time in Germany, and new special BOWIE ON MUCH, a collection of his music videos and Much interviews –

“I don’t know where I’m going from here, but I promise it won’t be boring.”

TORONTO (January 15, 2016) – Look up here, I’m in heaven. Much marks the incredible legacy and trail-blazing career of a legend with MUCH CELEBRATES DAVID BOWIE, a 24-hour tribute on Sunday, Jan. 17 beginning at 6 a.m. ET. It’s all Bowie, all day long, as the late pop icon is honoured with two specials airing in rotation throughout the day. First, is DAVID BOWIE: FIVE YEARS, an intimate documentary spanning five key years in Bowie’s music career while he lived in Germany. Then, viewers can look back at some of Bowie’s best music videos, and exclusive interviews conducted at Much Headquarters in Toronto throughout his storied career, with the all-new special BOWIE ON MUCH. 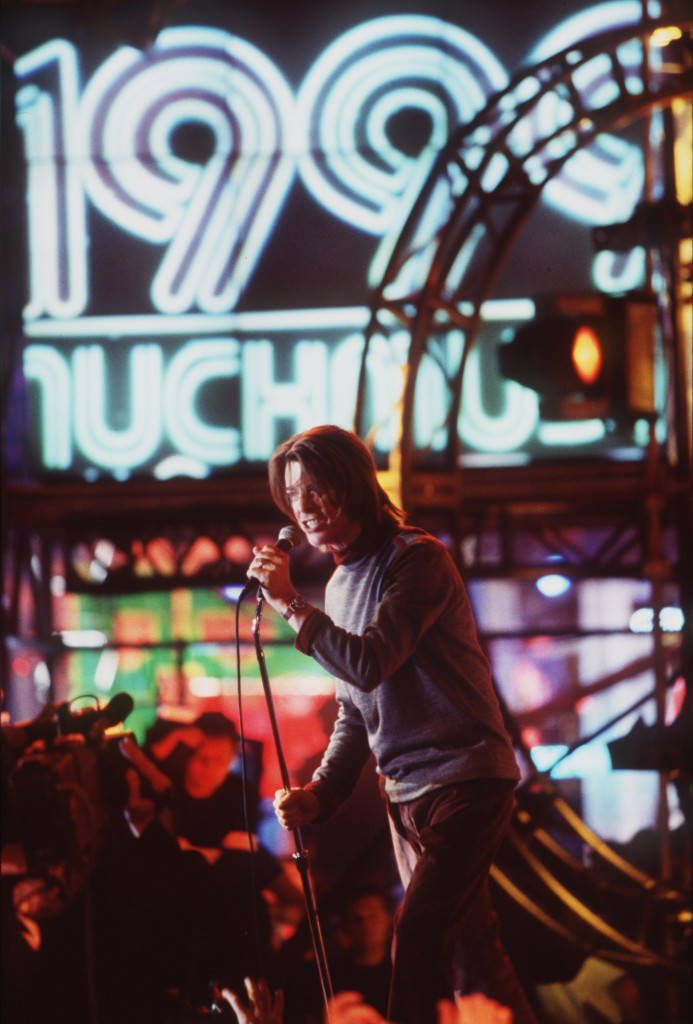 David Bowie performing at the 1999 MUCH MUSIC VIDEO AWARDS During the performance he remarked: “This place is amazing! Like it’s run by children!”

See below for full descriptions and air times. All times are subject to change and are in ET. Visit Much.com to confirm local broadcast times. DAVID BOWIE: FIVE YEARS – 6 a.m., 10 a.m., 2 p.m., 6 p.m., 10 p.m., and 2 a.m. This intimate BBC documentary, spanning five key years in David Bowie’s career, features a wealth of unseen footage, charting the star’s continual evolution through various roles. This portrait explores Bowie’s regeneration in Berlin, Germany, and his numerous critical triumphs, featuring interviews with his closest collaborators. BOWIE ON MUCH – 7:15 a.m., 11:15 a.m., 3:15 p.m., 7:15 p.m., 11:15 p.m., and 3:15 a.m. Much headquarters at 299 Queen St. West in Toronto has played host to David Bowie many times over the years. A collection of these interviews, from the ‘70s to early ‘00s, have been pulled from the Much archive and compiled for this new tribute, allowing viewers to relive special moments with the influential artist. Viewers can also relive the music of Bowie with a look at some of his best music videos throughout the decades, including Modern Love, China Girl, and Let’s Dance.

About Much
Much is the go-to channel for all things pop-culture, delivering trendworthy, topical programming, and exclusive live events. From the MUCH MUSIC VIDEO AWARDS to its industry-leading online and social media outreach, including Much.com, on Twitter (with nearly a million followers), and Facebook (with more than 1.2 million likes), Much continues to deliver unique and clever programming to its audience. Much supports the Canadian music video production industry with its annual, multi-million dollar contribution to MuchFACT. Much is available in more than 8.2 million homes across Canada via satellite, IPTV, and cable, as well as more than 1 million mobile devices. Much is a division of Bell Media, which is part of BCE Inc. (TSX, NYSE: BCE), Canada’s largest communications company.

Bravo Hits the Catwalk as Exclusive Canadian Broadcaster of PR...