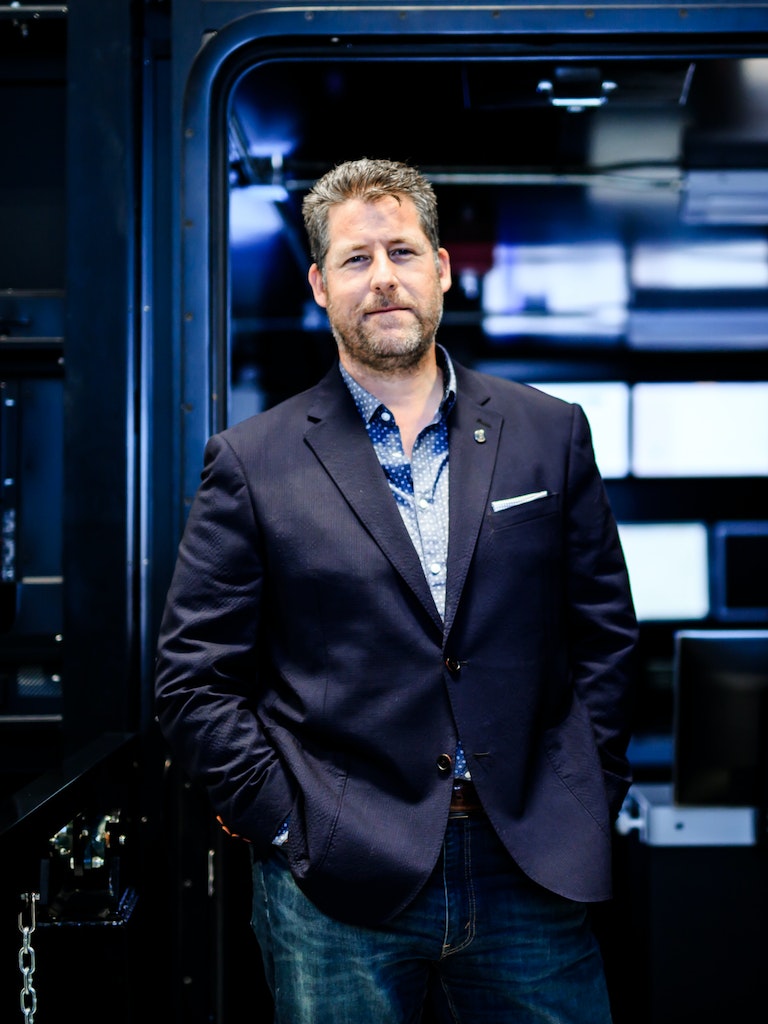 The world still relies far more heavily on the shipping industry than most people think it does. But as history has proven over and over again, it can be a very dangerous way to make a living.

The new original Canadian docudrama series DISASTERS AT SEA, which debuts Tuesday, April 16 at 10 p.m. ET on Discovery, follows expert investigators as they try to solve the mysteries behind the worst marine disasters in recent history. The lessons of the past hopefully can help to make things safer in the future, especially with increased demand, and global-warming-related weather disruption, combining to put intense pressure on individuals.

Captain Chris Hearn is a Master Mariner, with more than 15 years of experience, who is one of the experts offering his insights in DISASTERS AT SEA. We chatted with him about everything from cartoonish sea characters to the devastating commonalities of tragedies that occur on the oceans:

Q: Are there fictional TV and movie depictions of what life is like at sea, or in the shipping industry, that drive you nuts?

Chris Hearn: “There are. But it’s also true that it’s hard to understand something unless you’re directly involved in it. Most of the public is more accustomed to dealing with other types of transportation industries, such as the airline industry. You’re sitting in the airports, you’re on the planes, there is this common wisdom. But that’s not so true about the shipping side. A ship is just an abstract thing that you occasionally see on the horizon, unless you’re on a cruise, and even then, it’s only about the experience. What I like about this program is that it kind of goes behind the scenes, and shows there is very much a human side to this. But when I look at some shows and movies, there’s a bit of a caricature to people on board that is not necessarily true. It’s not this Captain High Liner thing. It’s a highly professionalized, very technical operation. It’s not everybody with a grey beard and a Popeye cap.”

Q: I assume weather reports are much better now than they used to be, but have the extreme conditions associated with global warming made shipping more dangerous than ever?

Chris Hearn: “That’s a great question, I like that one. Obviously we’re trained to forecast weather ourselves, locally, and weather reporting has improved. The ability to get information out to ships is much better than it was. But as to your other point, what I can say is, weather has changed. Weather that was much more - I don’t want to say dependable, because it’s never dependable - but weather patterns that were a lot more expected, or routine, are changing. The climate is changing. Storm patterns or weather patterns are changing. We see it at sea.”

Q: And that has a massive impact on trade, right?

Chris Hearn: “Even though we don’t realize it, we are very dependent on seaborne trade. Weather patterns have changed just as workload has increased. Just think about all the goods that are coming out of Asia now, the cell phones, tablets, electronics, manufactured goods. It all gets here by ship, and ships have to cross the ocean. If there are delays, it slows things down from getting to the storefront. It’s just the volume of stuff that is carried now, and the expectation is different than it used to be. There’s even more pressure put on the industry to deliver, to deliver, to deliver, as soon as possible. The delivery model has changed, they want it ‘just in time’ instead of carrying big stock, and this is really true in the food industry. That chain works in many cases, but it’s also dependent on some man or woman standing on the bridge of a ship.”

Q: Each episode of DISASTERS AT SEA examines a different marine mystery, and while circumstances always are unique, is there any commonality to the cases?

Chris Hearn: “A hole in a ship is not the same as a ship running into another ship, or being engulfed in a storm, so the more direct causes are always different. But in a lot of cases, the investigation of accidents finds a series of things, that seem unrelated, but two or three things coming together are problematic. It’s the chain of errors, one person didn’t do something, or something wasn’t checked on, or a design fault was overlooked during construction. Typically, when things go wrong, they always go wrong at the worst possible times. Why did this happen now? Right in the middle of this? That’s the commonality.”

THIS JUST IN: GLOBAL SENSATION BTS JOINS FORCES WITH CHART-TOP...