WINNIPEG (May 18, 2016) – CTV Winnipeg today announced that Nicole Dubé has been named Co-Host of Winnipeg’s top-rated local morning show CTV MORNING LIVE, joining longtime co-host Kris Laudien. Already a familiar face to viewers across Manitoba as Social Media Reporter for CTV MORNING LIVE, Dubé assumes her new duties effective Monday, June 6. In the weeks following, Dubé, an expecting mom, will take maternity leave, with a yet-to-be-named backfill co-host taking the reins alongside Laudien until Dubé’s return. Dubé’s appointment follows plans of CTV MORNING LIVE’s Eleanor Coopsammy’s relocation outside of Manitoba. A part of the CTV Winnipeg team for more than 16 years, Coopsammy started out as a Reporter, then became the CANADA AM Local Anchor, followed by being named the station’s Consumerwatch Reporter, before being appointed Co-Host of CTV MORNING LIVE when it launched in 2011. Her final day on the morning program will be Friday, June 3. 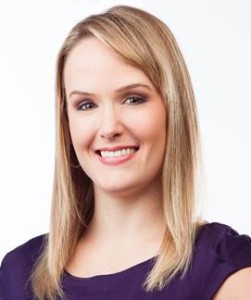 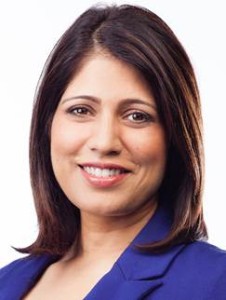 ** Media Note – Download photos of (L-R) Nicole Dubé and Eleanor Coopsammy at bellmediapr.ca “Eleanor helped make the show what it is today and it's hard to imagine coming into work without hearing her warm laugh and sharing jokes over coffee,” said Dubé. “I'm honoured to follow in her footsteps, and so excited to start my day alongside Kris. But first I have to change more than a few diapers!” “We thank Eleanor for her role in making CTV MORNING LIVE the preferred choice for viewers across the province, and for her years of dedication and service to CTV Winnipeg. We wish her all the best as she embarks on this new exciting chapter,” said Karen Mitchell, News Director, CTV Winnipeg. “Nicole has proven to be a true leader on the air and in the community, and we look forward to having her co-host alongside Kris to deliver the standard of excellence that our viewers count on each and every day.”

CTV News is Canada’s most-watched news organization both locally and nationally, and has a network of national, international, and local news operations. CTV News operations include CTV News Channel, BNN – Business News Network, CP24, and information programming, including CTV NATIONAL NEWS WITH LISA LAFLAMME, CTV NATIONAL NEWS WITH SANDIE RINALDO, W5, POWER PLAY, and QUESTION PERIOD. Flagship news sites include CTVNEWS.ca, as well as CP24.com and BNN.ca, and are complemented by the all-new CTV News GO and CP24 GO apps, which provide a direct connection to Canada’s most trusted news anytime and anywhere. With a perspective that is distinctly Canadian, CTV News brings Canadians the international and domestic news stories of the day and is the #1 news organization in Canada.