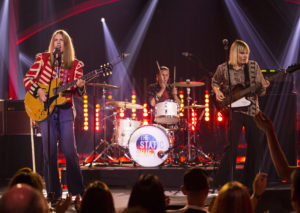 Celebrity artists sing for lupus in the Mike on Much #ISangFor...