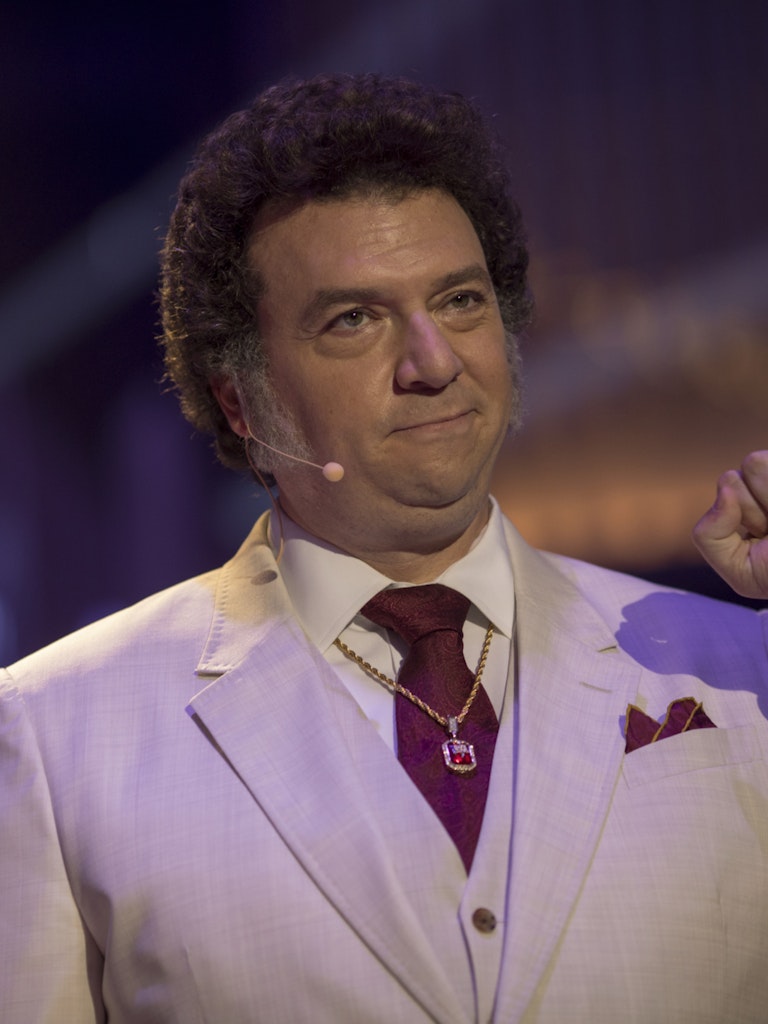 On August 18, HBO comedy veteran Danny McBride (EASTBOUND & DOWN, VICE PRINCIPALS) returns to the network with his latest comedy series, THE RIGHTEOUS GEMSTONES, which centres around a world-famous televangelist family with a long tradition of deviance, greed, and charitable work…what could go wrong?

As McBride recently revealed at the Television Critics Association Summer press tour, the series is not a “takedown of religion,” but it’s about “lampooning hypocrites, people who present themselves in one way, and act differently in another.”

THE RIGHTEOUS GEMSTONES follows family patriarch Eli (John Goodman) and his children Jesse Gemstone (Danny McBride), Kelvin Gemstone (Adam Devine), and Judy Gemstone (Edi Patterson), who will do anything it takes to defend their ministry and its title as the most-watched daytime service of the year.

Battling waves in an Olympic-sized baptism pool to masked bandits threatening to expose the family business, there isn’t a dull moment for The Gemstones in the nine-episode series, which debuts Sunday, August 18 at 10 p.m. ET, only on Crave.

Ahead of the premiere, McBride, who serves as an executive producer, and Goodman offered some additional insight into what viewers can expect from what’s sure to be HBO’s newest comedy staple:

Q: What inspired you to create the show?

Danny McBride (DM):  This idea of taking a mega-church family and portraying them almost like a mob family, there was something comedically there that felt rich. And I grew up in a really religious household - I went to a Baptist church as a kid, my parents were involved in the church and my aunt is now a minister in a church.

Q: Why did the world of organized religion feel like fertile ground for a comedy?

DM: A lot of times when I’ve seen comedies set in the religious world, I personally would feel like they weren’t that funny. And I feel like it’s because the people making them have such a disdain for religion and for people of faith - it felt like you’re just clowning people based on their beliefs, which feels cheap to me. So it felt like I hadn’t seen a good representation of this before, and like I could craft something that would be a little more authentic.

Q:  The show starts out looking like a satire but then morphs into more of a family drama. Were you trying to play with audience expectations?

DM: That’s what I love about television - that it has chapters. So I try to follow what novels I like do, where you might be brought into a book one way and then, four chapters in, you’re suddenly reading about a side character that enlightens the whole thing and takes you somewhere unexpected.

Q: At first your character, Eli Gemstone, just seems like a crook. But then you see this weariness and melancholy about him. Where does that come from?

John Goodman (JG): He’s devastated over the death of his wife. She was the reason the Gemstones are where they’re at now. The building of the business was joy, and it all derived from her - he was so in love and would do anything for her, and the fact that she’s gone is still devastating to him. So he’s lost interest and he’s depressed. The only challenges he has now are business-related, and he and the Gemstones are kind of rapacious there - he just grinds people under his feet and doesn’t care.

Q:  So is this as much a family drama as it is a comedy about preachers?

JG: Yes, it’s about fathers, sons, daughters, and relationships - when things are rotten and how quickly they go bad. If you don’t have a strong foundation of faith or a belief in something greater than yourself, when things go bad, you can get in a lot of trouble trying to do what you think is right instead of what God tells you.

The Social Hosts Share Their Favourite Summer Reads With Their...