“One of this year’s most buzz-worthy pilots, and for good reason. Sutherland’s performance is phenomenal, and as un-Jack Bauer-like as it gets, and the gripping pilot practically demands viewers tune in to see what happens next in episode two.” – Brent Furdyk, TV Week

TORONTO (September 28, 2016) – With a week’s worth of data now available for Wednesday, Sept. 21, the third night of Premiere Week, current Numeris data indicates that DESIGNATED SURVIVOR on CTV is now the #1 new series of the fall season with the key A18-49 demo. The critically acclaimed political conspiracy thriller was the most-watched series of the day in Canada with 2.7 million viewers, and becomes CTV’s top new series this fall with total viewers, A25-54, and A18-49. Kiefer Sutherland’s triumphant return to television also delivered double-digit growth in its 10 p.m. timeslot versus last fall. With seven days of data providing a comprehensive representation of audiences, the premiere of DESIGNATED SURVIVOR, the return of CTV hit series’ LAW AND ORDER: SPECIAL VICTIMS UNIT (1.7 million), and the second compelling episode of a new season of last year’s break out hit BLINDSPOT (1.5 million), comprised three of the Top 5 most-watched programs of the night for total viewers Wednesday night. Tonight on CTV (Sept. 28), Weller (Sullivan Stapleton) and the team race to stop a series of escalating New York City bombings on BLINDSPOT at 8 p.m. ET/PT; Agent Luke Alvez (Adam Rodriguez) joins the BAU team as they work to capture a killer who escaped prison on the season premiere of CRIMINAL MINDS at 9 p.m. ET/PT; and on DESIGNATED SURVIVOR at 10 p.m. ET/PT, Virginia Madsen (AMERICAN GOTHIC) guest stars as President Kirkman (Kiefer Sutherland) steps into his role as Commander-in-Chief and struggles to hold a country together that is on the brink of falling apart. Tomorrow on CTV (Sept. 29), Meredith (Ellen Pompeo) considers her loyalties, as Alex (Justin Chambers) deals with the repercussions of his actions and Jackson (Jesse Williams) proposes an arrangement to help April (Sarah Drew) through her recovery on GREY’S ANATOMY at 8 p.m. ET/PT; Jake's (Daniel Sunjata) feelings may be clouding his ability to defend and protect an out-of-control Oscar (Kevin Zegers) from the press on NOTORIOUS at 9 p.m. ET/PT; and Annalise (Viola Davis) fights back against the Middleton University Board, as secrets are exposed as the Keating 5 compete to take on the case of a battered woman accused of murdering her husband on HOW TO GET AWAY WITH MURDER at 10 p.m. ET/PT. 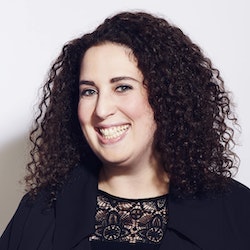