BANFF, ALTA. (June 8, 2015) – Bell Media announced today from the Banff World Media Festival that Erica Landrock and Jennifer Little are the recipients of the second annual Bell Media Executive Producer Accelerator Lab Production Apprenticeships. Erica and Jennifer will begin eight to 10-month apprenticeships at two of Canada’s premier production companies, having already completed the six-week Broadcaster Internship at Bell Media earlier this year. Little joins RTR Media this fall, while Landrock joins the team at Force Four Entertainment in January. Each apprenticeship will provide a unique opportunity to gain experience in an executive producer role, learn the associated responsibilities, and obtain insight into managing a large-scale production. **Media Note** – Download photography of the second-annual Bell Media Producer Accelerator Lab at BellMediaPR.ca. “Congratulations to Erica and Jennifer on this very well deserved achievement,” said Corrie Coe, Senior Vice-President, Independent Production, Bell Media. “And a sincere thank you to RTR Media and Force Four Entertainment for their involvement in the program and for their continued support for the creative minds in Canada. This program would not be possible without the exceptional support of our industry partners.” About the recipients: Erica Landrock (Vancouver) 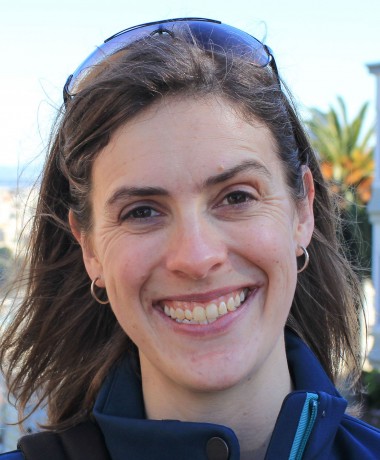 With more than a decade of experience in the entertainment industry, Erica’s portfolio includes sound editing, writing, production, and directing. As the founder and Executive Producer of her own award-winning production company, Landrock Entertainment, Erica has extensive experience working with documentary production on films such as Rise of the eSports Hero, and the historical series WORKING PEOPLE: A HISTORY OF LABOUR IN BRITISH COLUMBIA. Erica’s credits include work on X-Weighted, GLUTTON FOR PUNISHMENT, and more. Erica received her undergraduate degree in Radio & Television Arts from Ryerson and holds a certificate in Entertainment Administration from the University of British Colombia. (@ericalandrock) Jennifer Little (Toronto)

Jennifer has 15 years of industry experience, including credits on networks such as Discovery, Global, TLC, Animal Planet, HGTV, and more. An award-winning writer and director, Jennifer brings her wealth of knowledge to series such as THE LIQUIDATOR on OLN. Beginning her media career in unscripted television as a writer and director, she also has experience in dramatic scripted shorts and feature films. Jennifer holds a degree in Theatre from Ryerson University and a degree in Film and Philosophy from the University of Toronto. With seven producers from across Canada, the second Bell Media Producer Accelerator Lab program began in February with the Broadcaster Internship, a six-week, group placement in which entrants studied a broad curriculum designed to give a wealth of experience in the media landscape. Producers met with senior Bell Media representatives from various departments to gain exposure of the internal operations of a Canadian broadcaster. Participants also learned about complex business and economic factors in Canadian television production and their relationship with broadcasting through seminars, panel discussions with industry experts, exploration of case studies, and coaching sessions. Upon completion, producers were tasked with presenting individual case studies highlighting their own production’s life from pitch to post-production based on the material from the internship.

About the Bell Media TV and Film Skills Development Initiative

The $12.3 million Bell Media TV Skills and Film Development Initiative is a suite of national mentoring and promotional programs, which ensure a comprehensive range of training for writers, producers, directors, and showrunners in the Canadian television and film industry at different stages of their careers. Currently, five of these multi-year initiatives are exclusively funded by Bell Media. The program supports the Bell Media Diverse Screenwriters Program (Writers Guild of Canada) for emerging and mid-career writers from diverse backgrounds who intern in a writing room of a Bell Media TV series; the Bell Media Primetime TV Program (Canadian Film Centre), which provides series development for TV writers; the Bell Media Executive Producer Accelerator Lab, which provides immersive and experiential broadcast and production experience for mid-level producers; the Bell Media Showrunner Bootcamp (Canadian Film Centre), which develops showrunner knowledge and management for TV writers; the NSI Totally Television Program (National Screen Institute), a training course for writers, producers, and showrunners to hone concepts with the goal of landing a development deal with a broadcaster; and the Telefilm Talent Fund (Telefilm), which helps fund and promote films from emerging and established filmmakers.