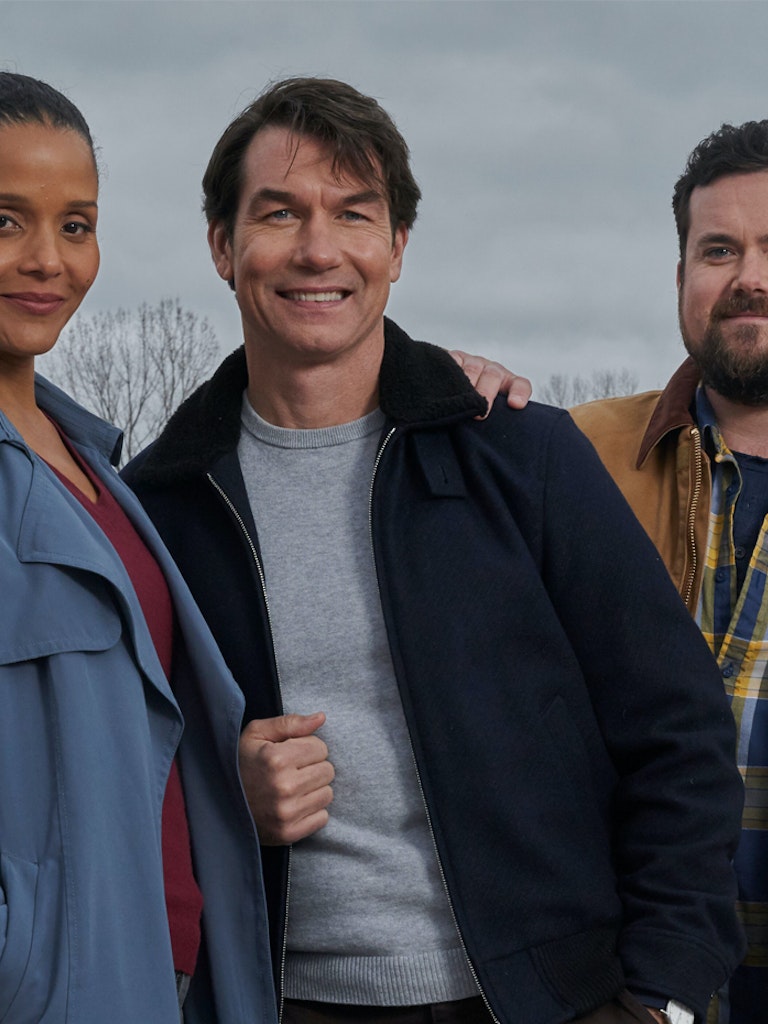 NORTH BAY, ON (April 30, 2019) – Bravo announced today that production is underway for Season 2 of its lighthearted mystery-crime drama CARTER, starring Jerry O’Connell. Shot in North Bay, ON, the sophomore season is set to debut later this year, exclusively on Bravo. Season 1 of CARTER is currently streaming only on Crave.

Canadian and CSA-winning actor Lyriq Bent (THE AFFAIR) joins the cast in Season 2 as Joyce Warwick Boyle, the new Interim Police Chief at Bishop PD. Described as a man with both swagger and edge, Boyle quickly establishes himself as a stern law man impressed with Sam and her abilities, while being equally unimpressed with Harley and his antics. As his admiration for Sam turns romantic, Harley and Dave discover Boyle is hiding an alarming and mysterious past.

CARTER revolves around Harley Carter (O’Connell), the star of a hit detective series who decides to take a break from Hollywood. Upon returning to his northern hometown, Harley discovers that his years of playing a fictional detective come in handy when he finds himself immersed in real-life mysteries, including the unsolved disappearance of his mother which culminated in the Season 1 finale.

In Season 2, Harley plants deeper roots as a celebrity P.I., using disguises to go undercover and doubling-down on his fame in a world where life continues to imitate TV. As Harley dives deeper into solving mysteries, he discovers that the toughest cases to solve are personal ones, as he finds himself embroiled in a love triangle with his best friend, Sam Shaw (Poitier Heartsong), and her new boss.

“CARTER skillfully mocks traditional TV detective tropes while simultaneously honouring them in a self-aware and charming way that generates genuine audience appeal,” said Corrie Coe, Senior Vice-President, Original Programming, Bell Media. “With its exceptional returning cast led by the incomparable Jerry O’Connell, and our production partners at Amaze steering the ship, we are excited to be working on another captivating season of CARTER in North Bay.”

Outside of Canada, the series was commissioned by Sony Pictures Television (SPT) for AXN, returning for Season 2 in Spain, Latin America, Brazil, Japan, Central Europe, and Russia.  CARTER will also return to WGN America in the U.S. The series is distributed by SPT worldwide, excluding Canada. CARTER is produced by Amaze Film + Television and executive produced by the company’s founders Teza Lawrence and Michael Souther (Call Me Fitz, Saint Ralph) as well as series creator Garry Campbell, O’Connell, and Season 2 showrunner and EP Andy Berman.

About Bravo
Bravo delivers compelling stories through clever and immersive programming to viewers across Canada. From high-profile dramas to blockbuster feature films, Bravo is home to award-winning entertainment. Bravo is a division of Bell Media, which is part of BCE Inc. (TSX, NYSE: BCE), Canada’s largest communications company. More information about Bravo is available at www.bravo.ca.

About Amaze Film + Television
Amaze Film + Television is an international film and television production company based in Toronto founded by producers Michael Souther and Teza Lawrence. Amaze’s diverse portfolio includes the award-winning HBO series CALL ME FITZ, starring Jason Priestley, the half hour comedy THE STANLEY DYNAMIC, the TIFF Kids Audience award winning family film FINN ON THE FLY, the drama feature SAINT RALPH distributed theatrically around the world. Most recently Amaze’s comedy documentary BEING CANADIAN, hit the iTunes top 10 during the week of its release and was nominated for a WGA Award. For more info visit Amaze Film + Television at www.amazefilm.com.