Go To The News Page
This Saturday, Oct. 13, beginning at 6 p.m. ET, Discovery launches viewers into orbit with an immersive series of space specials commemorating the 60th anniversary of NASA. This marathon of five Apollo-focused documentaries features breathtaking footage and exclusive interviews with astronauts and ground crew staffers, shedding light on humankind’s earliest explorations into space. 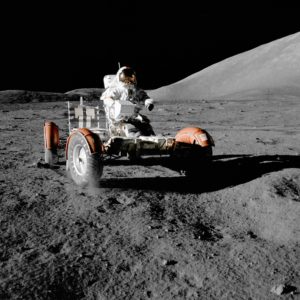 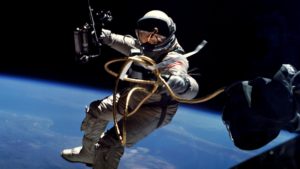 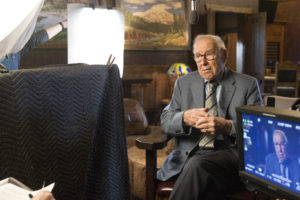 Captain James Lovell, on the set of ABOVE AND BEYOND: NASA'S JOURNEY TO TOMORROW

ABOVE AND BEYOND: NASA’S JOURNEY TO TOMORROW  Saturday at 9 p.m. ET / 10 p.m. PT Directed, produced, and narrated by Academy Award®-nominated and Emmy®-winning Rory Kennedy, this documentary feature shines a spotlight on NASA’s historic accomplishments in space, from the moon landing to Mars exploration to journeys to the outer edges of the solar system and beyond. ABOVE AND BEYOND: NASA’S JOURNEY TO TOMORROW also sheds light on the agency’s lesser-known area of focus: the vital role NASA has played in measuring the health of our home planet. As far as NASA may travel, its gaze has always returned to Earth, monitoring our seas and skies, our ice and sands, in an ongoing struggle to protect the planet. 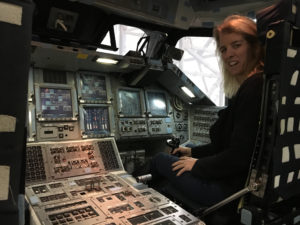 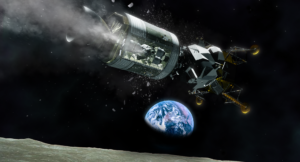