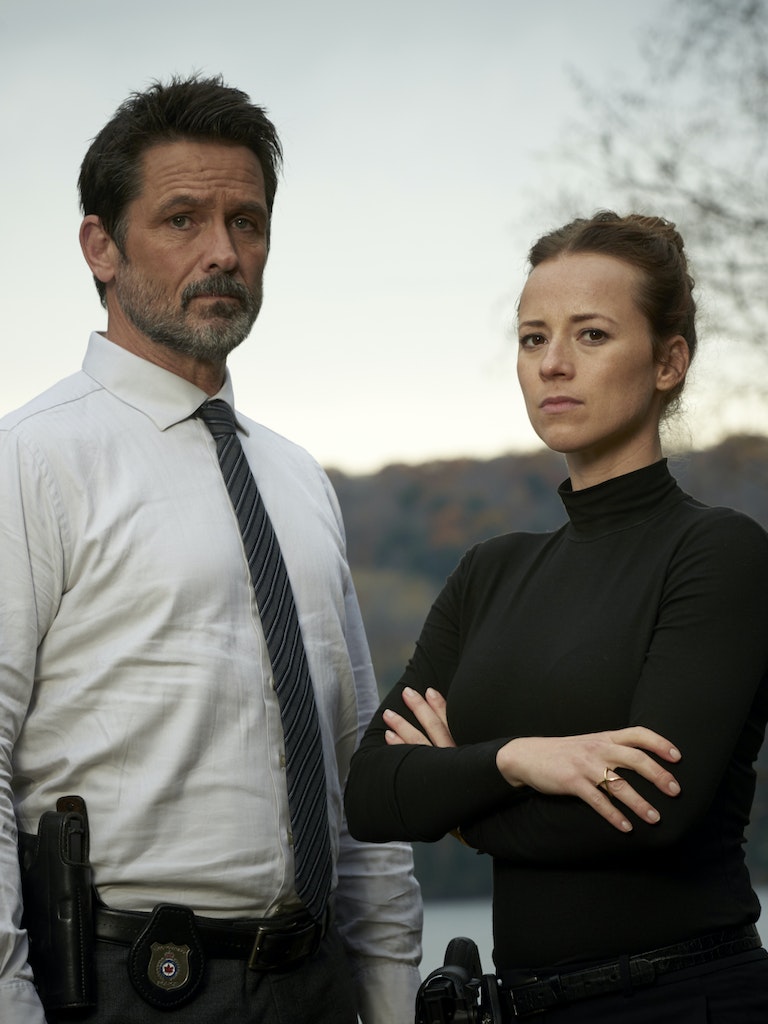 NORTH BAY, Ont. - The Season 4 production wrap party for CARDINAL was so much fun on Saturday night, you probably could hear it all across Canada. 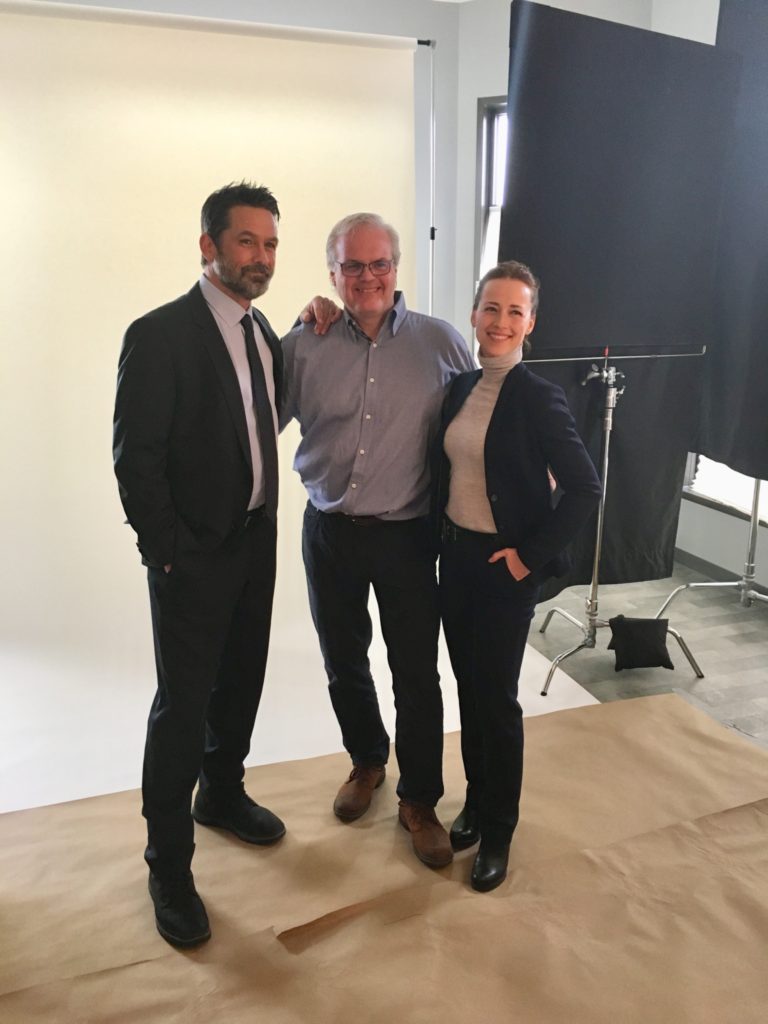 Media members paid a visit to the busy set of CARDINAL in North Bay, Ont., over the weekend, where production on Season 4 was nearing its end. Starring Billy Campbell as John Cardinal and Karine Vanasse as Lise Delorme, CARDINAL recently tied for the most wins of any TV series at the 2019 Canadian Screen Awards, with seven victories, including Best Limited Series. 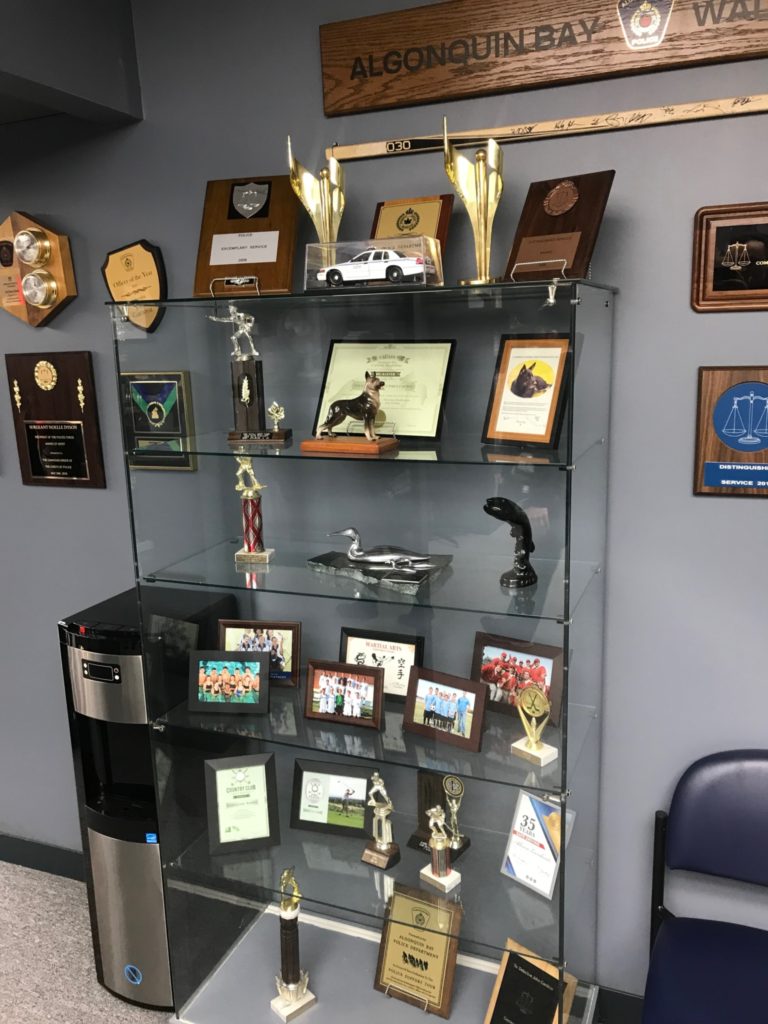 TV reporters interviewed Campbell, Vanasse, and many other cast members on set on Friday, during breaks as scenes were being filmed. There also was a brief visit on the set that day by Ontario Premier Doug Ford and Finance Minister Vic Fedeli, who also is the MPP for the riding of Nipissing (which includes North Bay). 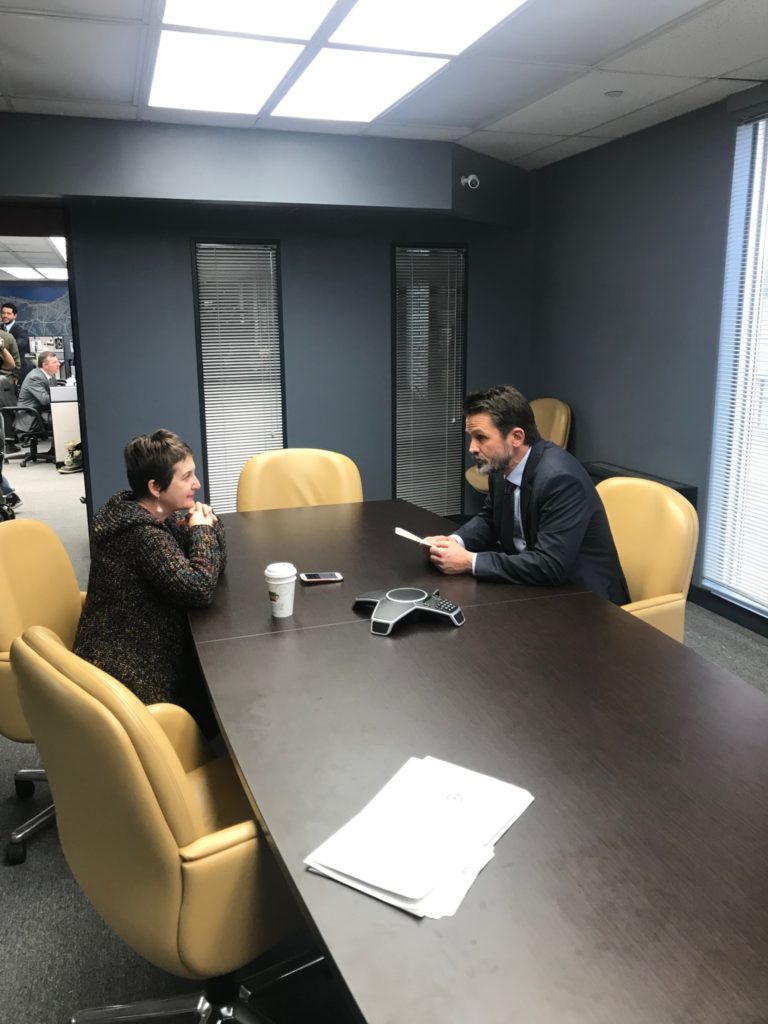 On Saturday, Campbell and Vanasse took part in a photo shoot for Season 4, graciously taking the time to pose with reporters, too. Some media members also took advantage of the stellar makeup artists on hand. There was a fake scar added here and there, and hey, what’s a little fake frostbite between friends? It all looked so real! 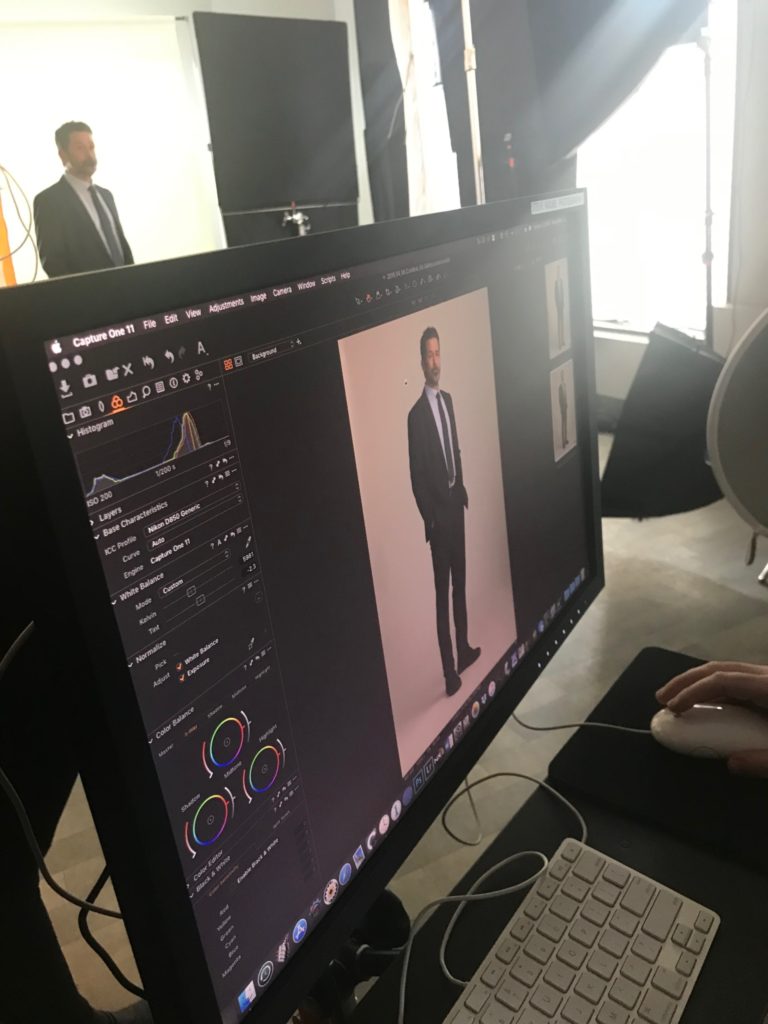 The festivities concluded on Saturday night with a Season 4 production wrap party that certainly did not disappoint. It might still be going, for all we know!

CARDINAL loves North Bay, and North Bay loves CARDINAL. But the show is a true national and international success. Fans can look forward to a stellar Season 4, with TV reporters having seen first-hand just how much hard work is going into it.

They can really throw a party, too! Season 4 of CARDINAL is in flight!