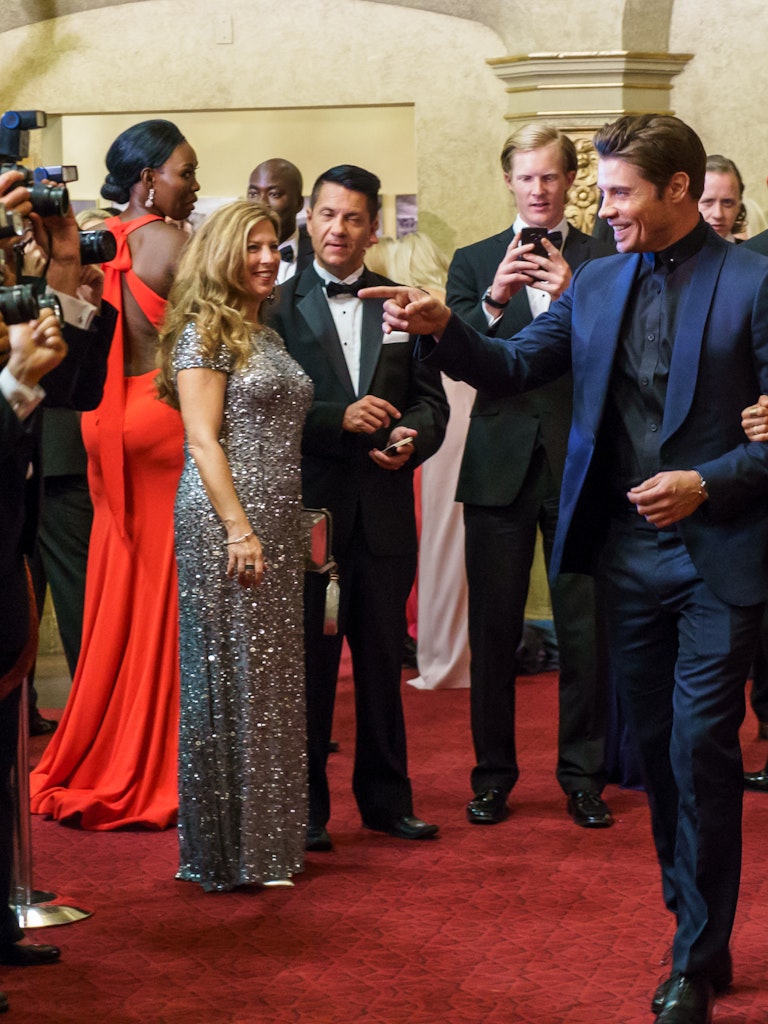 “A multi-layered, sexy Hollywood love story about the darker side of celebrity.” – Deadline TORONTO (March 1, 2017) – Bravo exposes the darker side of celebrity with the highly addictive, pearl-clutching drama THE ARRANGEMENT, airing Wednesdays at 10 p.m. ET beginning March 8. Executive produced by Emmy® Award-winning MAD MEN alumnus Jonathan Abrahams, the 10-episode, one-hour series starring Josh Henderson (DALLAS), Christine Evangelista (THE WALKING DEAD), Michael Vartan (ALIAS), and Canadian Lexa Doig (CONTINUUM) goes beyond the glamour of the red carpet to reveal the different sides and “institutions” of Hollywood. Click here to view trailer. THE ARRANGEMENT tells a modern day Cinderella story with a complex Hollywood twist. In the premiere episode (Wednesday, March 8 at 10 p.m. ET), when actress Megan Morrison (Evangelista) auditions for the role of a lifetime, she lands herself a date with A-list movie star Kyle West (Henderson). But things get complicated when Megan is offered a 10 million dollar marriage contract, and is introduced to Kyle’s secretive self-help organization, The Institute of the Higher Mind. Meanwhile, Megan has a mysterious past she is trying to keep hidden. In a town where fame means everything, Megan must decide how far she’s willing to go to launch her career. Screeners for THE ARRANGEMENT are available upon request.

About Bravo
Bravo delivers compelling stories through clever and immersive programming to viewers across Canada. From high-profile dramas to blockbuster feature films, Bravo is home to award-winning entertainment. Bravo is a division of Bell Media, which is owned by BCE Inc. (TSX, NYSE: BCE), Canada’s largest communications company. More information about Bravo is available at www.bravo.ca.