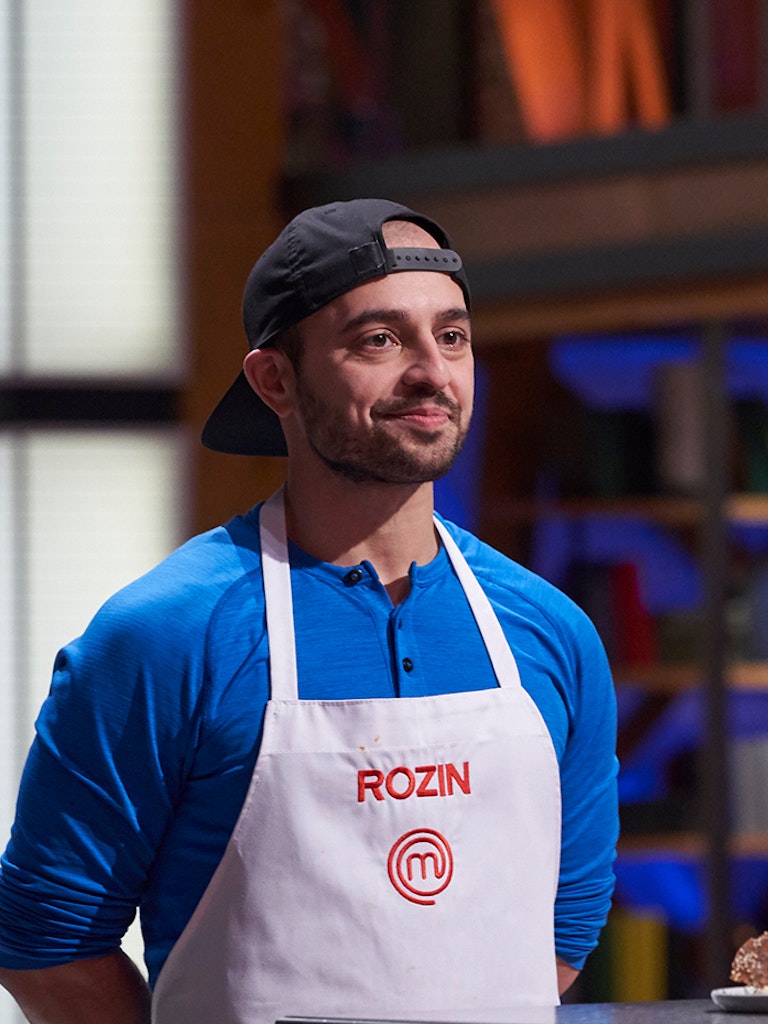 TORONTO (April 29, 2019) – Following the second Team Challenge and the biggest test in MASTERCHEF CANADA history, MASTERCHEF CANADA judges Michael Bonacini, Claudio Aprile, and Alvin Leung revealed that Rozin Abbas, a digital marketer from Toronto, would be the fifth home cook to leave their white apron behind in the MASTERCHEF CANADA Kitchen. With seven home cooks now remaining in the competition, MASTERCHEF CANADA returns next week on Monday, May 6 at 9 p.m. ET/PT on CTV, CTV.ca, and the CTV app.

On tonight’s episode of MASTERCHEF CANADA, in their second Team Challenge, the Top 8 home cooks were tasked with the biggest trial in MASTERCHEF CANADA history: preparing a school lunch for 161 students in only two hours. Andre’s blue team struggled with time management and had to alter their mac ‘n cheese dish at the last minute. After a bustling mealtime, the students voted by gold stars for their favourite lunch tray. Jennifer’s red team took a landslide victory with their pizza and brownie platter, saving Josh, Alyssa, Chanelle, and their captain from elimination.

Andre, Jenny, Rozin, and Cryssi were left to face the Pressure Test back in the MASTERCHEF CANADA Kitchen, which broke another record as the shortest Pressure Test yet. The four home cooks had just 20 minutes for a complex replication challenge of a seafood-filled Spanish fideuà. Rozin waited to the last second to cook his calamari, and chose to focus on flavour instead of plating for replication. Despite his best efforts, the judges pointed out that his squid was undercooked and he failed to replicate the dish. Andre followed his instincts and the judges were highly impressed by his presentation and the perfect cook achieved on his noodles, awarding him the best dish. The flaws in Rozin’s fideuà unfortunately overpowered its flavour, and he was sent home.

In the next all-new episode of MASTERCHEF CANADA, “Risk and Reward” (Monday, May 6 at 9 p.m. ET/PT on CTV, CTV.ca, and the CTV app), the remaining Top 7 home cooks are faced with making a safe choice or a risky decision in this week’s Mystery Box Challenge, and one home cook’s choice may pay off in a big way by earning them an advantage in the Elimination Challenge. Then, Chef Alvin presents a pantry of extravagant Asian ingredients that ends at least one home cook’s time in the MASTERCHEF CANADA Kitchen.

The remaining Top 7 home cooks vying for the title of MASTERCHEF CANADA and the $100,000 cash prize are: