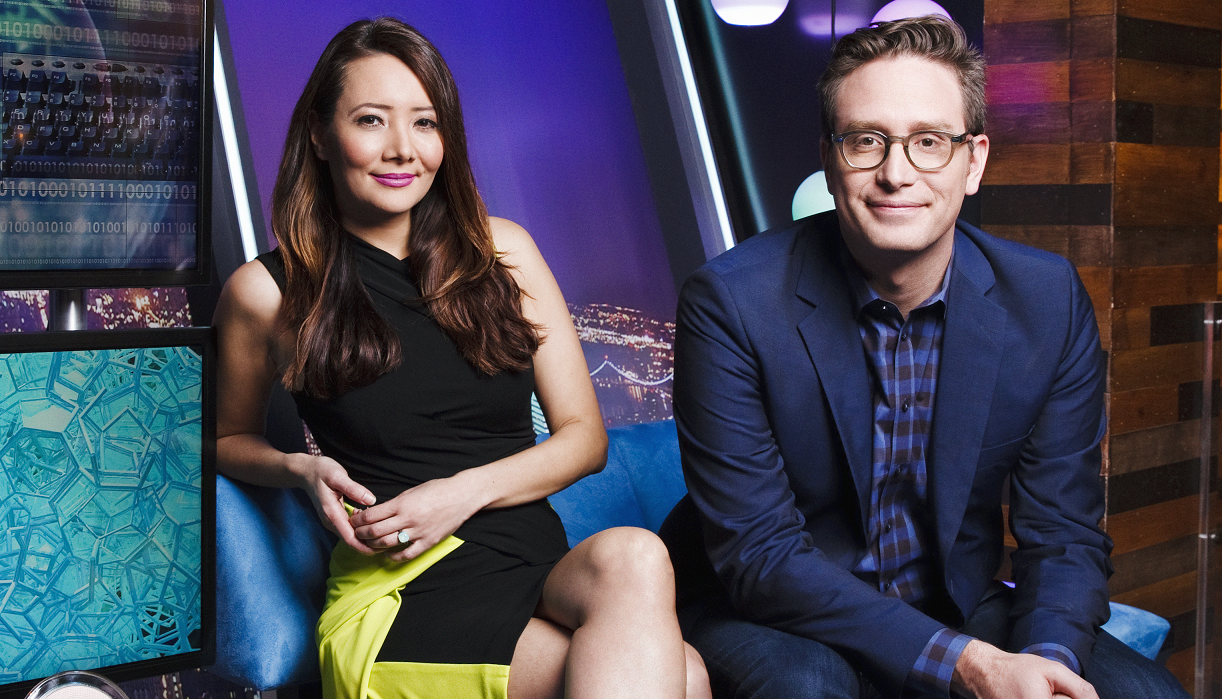 TORONTO (April 7, 2016) – From the depths of the ocean to the tops of mountains, and nearly everywhere in between, Discovery’s flagship daily magazine program DAILY PLANET reveals remarkable hidden riches just waiting to be discovered with “Treasure Seekers Week”, airing Monday, April 11 through Friday, April 15 at 7 p.m. ET. Co-Hosts Ziya Tong and Dan Riskin take viewers on a whirlwind tour around the world to uncover sometimes lucrative and often little-known treasures that lie hidden in the depths, in plain sight…even arriving from the very edge of the solar system!

DAILY PLANET “Treasure Seekers Week” features (L-R): Restoring only one of the world’s six remaining 1929 Peerless cars; right whales, the rarest and most endangered whales in the world; authenticating a $2.7 million baseball card

**Media Note** Photography for DAILY PLANET available online at BellMediaPR.ca. Following the kick-off to DAILY PLANET’s latest and all-new theme week on Monday evening, Discovery dives in with extreme angler Jeremy Wade hunting for freshwater fish in the rip-roaring Season 8 premiere of RIVER MONSTERS, airing Mondays at 10 p.m. ET beginning April 11. Highlights from DAILY PLANET’s “Treasure Seekers Week” include: “Sonar Shipwreck” Ever since the American Civil War, archeologists and historians have been fascinated with the undersea stories of lost ships – both Confederate and Union. Marine Veteran John Morris recently discovered what he believes is the “runner” ship Agnes E. Fry. Until now, only two out of three such ships have been found. DAILY PLANET  takes viewers along for the ride as the team takes sonar imaging, measurements, and captures video evidence to discover answers to the sunken ship’s many mysteries. “Peerless” The restorers at The Creative Workshop are the Michelangelo’s of the classic car world. The restoration and coachbuilding business is turning one man’s trash into brilliant treasure, restoring one of just six remaining1929 Peerless cars. DAILY PLANET is in Florida at The Creative Workshop for the first time as the team attempts to turn the engine for the first time since the ‘30s. For restorer Jason and owner Dan, it’s the most stressful moment as just aboutanything can go wrong. “Authenticating Collectibles” Imagine buying a $2.7 million baseball card only to be left wondering of its true authenticity. This is the type of dilemna that keeps high-profile sports collectors and authenticators up at night. DAILY PLANET goes behind-the-scenes to find out how science and technology can help to prove a sports card’s worth. “Whale Watching the Right Way” Right Whales are some of the rarest and most endangered whales in the world – scientists believe only a few hundred of these magnificent creatures still exist. Yet somehow massive groups of these enormous beasts (weighing up to 9,600 kg) are congregating on Cape Cod Bay. It’s a unique opportunity to study the whales up close in a group, and track each one as an individual with its own life story. Charles “Stormy” Mayo, senior scientist of right whale ecology, is loading up his gear on boat and plane to study the beasts and their environment in hopes of turning the species’ 70-year population decline around. “Space Rock Hunter” Nina Lanza, also known as “Mars Ninja,” is a geochemist and planetary scientist, and her job is out of this world. Lanza is with Los Alamos National Laboratory’s Space and Remote Sensing group, where she explores Mars with the Curiosity Rover. Even during her time off she is exploring the galaxy without leaving Earth – Lanza was one of eight members selected for the Antarctica Search for Meteorites (ANSMET) program. Supported by NASA, the program’s mission is to find and collect meteorites in Antarctica. The space rock hunter gives DAILY PLANET the inside scoop on how meteorites can help explain the formation and evolution of the solar system without ever having to leave Earth. “Lost Treaures and Found” Many Londoners have experienced that moment of sheer panic when hopping off the Tube only to realize they’ve left their wallet, phone, or entire bag on the train. Funny enough, distracted Londoners have also managed to leave behind other treasures, including a prosthetic leg, wedding dress, and even breast implants (yes, really!). Transport London’s lost and found manager, Paul Brown, regales DAILY PLANET viewers with stories of all things lost and gives a tour of the shop, demonstrating how his team organizes an avalanche of forgotten items.

All New Series THE DETOUR and Season 4 of INSIDE AMY SCHUMER P...