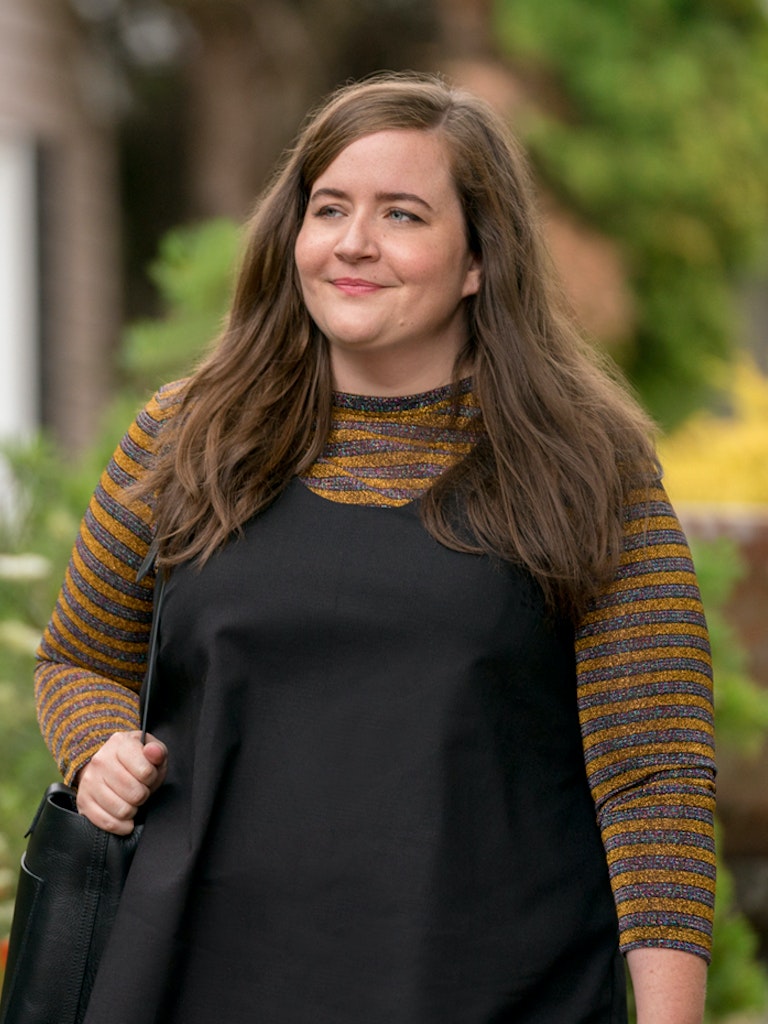 “[With SHRILL]…Bryant and company have achieved the best kind of art; a specific story that manages to feel universal.” – Variety

TORONTO (April 9, 2019) – Building on its already stacked spring lineup, it was announced today that big-buzz TV series SHRILL and VERONICA MARS are coming to Canada on Bell Media’s Crave in a deal with Warner Bros. International Television Distribution.

From Lorne Michaels, Elizabeth Banks, Alexandra Rushfield, Lindy West, and series star, co-writer, and co-executive producer Aidy Bryant, all six episodes of SHRILL drop Friday, May 3 only on the Crave app and Crave.ca.

The highly anticipated new VERONICA MARS revival debuts on Crave later this year and will be joined by the series’ three previous seasons, which originally aired from 2004 to 2007.

SHRILL stars Aidy Bryant (SATURDAY NIGHT LIVE) as Annie, a fat young woman who wants to change her life, but not her body. Annie is trying to start her career while juggling bad boyfriends, a sick parent, and a perfectionist boss, while weighing the pros and cons of having a child with her hook-up buddy. The decision forces her, with the help from her best friend Fran, to figure out who she is and what she wants from her life. When she writes her first article, Annie hits a setback when an Internet troll tries to drag her self-esteem, which ultimately allows her to promote body positivity and explain exactly what it’s like to be a fat woman in today’s world.

In the VERONICA MARS revival, starring Kristen Bell, spring breakers are getting murdered in Neptune, thereby decimating the seaside town's lifeblood tourist industry. After Mars Investigations is hired by the parents of one of the victims to find their son's killer, Veronica is drawn into an epic eight-episode mystery that pits the enclave's wealthy elites, who would rather put an end to the month-long bacchanalia, against a working class that relies on the cash influx that comes with being the West Coast's answer to Daytona Beach.

About Crave:
Delivering more Emmy® Award-winning programming than any other service, Crave is Canada’s prestige entertainment offering, with HBO, SHOWTIME®, Starz, Hollywood-hit movies, a superior collection of kid’s movies and programs, and thousands of hours of acclaimed television series, specials, factual programming, and originals that can’t be found anywhere else. Crave is the exclusive home of HBO in Canada, delivering HBO’s current slate of signature dramatic and comedic programs, documentaries, films, and live specials, as well as titles from HBO’s extensive off-air library. Crave is also home to current SHOWTIME series and specials, and past SHOWTIME hits. Crave is available directly to all Canadians with access to the Internet at Crave.ca, via iOS and Android, and other platforms. It’s also available through participating television providers across six 24-hour High Definition linear and on demand channels. Crave is from Bell Media, Canada’s leading content company, providing Canada’s most-watched and most-acclaimed television programming on network, specialty, pay and digital platforms. Visit our website at Crave.ca.

THIS JUST IN: PBR Canada and TSN Extend Broadcast Partnership ...

THIS JUST IN: KELLY CLARKSON, LAUREN DAIGLE, KHALID, PANIC! AT...