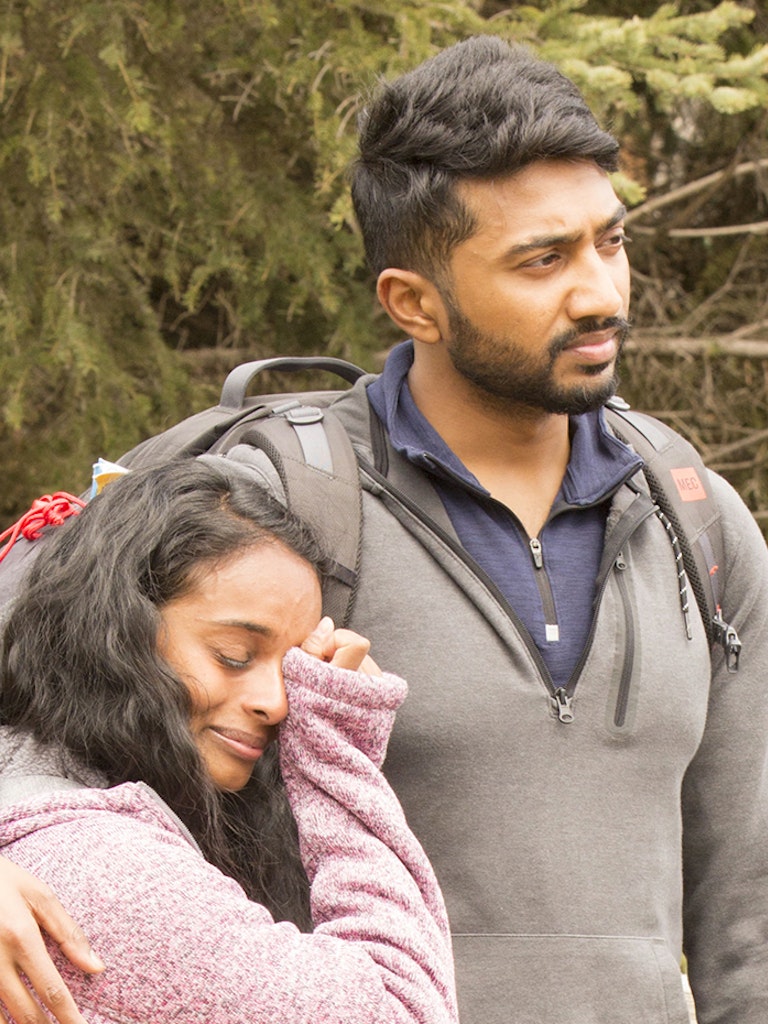 – On the next episode of THE AMAZING RACE CANADA, the final four teams head east to Wolfville, Nova Scotia, and the Annapolis Valley, where they compete for a spot in the Season 7 finale –

TORONTO (August 27, 2019) – In tonight’s episode of CTV’s THE AMAZING RACE CANADA, dating couple Aarthy and Thinesh, from Vancouver, were eliminated after failing to make up time lost at the Face Off and Detour. Only four teams now remain on THE AMAZING RACE CANADA, returning with an all-new episode Tuesday, Sept. 3 at 9 p.m. ET/PT on CTV, and then streaming anytime on CTV.ca and the CTV app.

This week, teams kept on racing from Québec’s Charlevoix region to Toronto’s Royal Ontario Museum, where they had to spell out their next location, Thunder Bay, using letter stamps located at 10 different objects in the museum’s permanent collection. Racers then headed to Thunder Bay’s Terry Fox Monument for their next clue, which directed them to Wacky’s. There, teams were challenged to Face Off against each other in either air hockey, table hockey, or axe throwing. The last team at the Face Off took a timed penalty before continuing their race.

Next, teams chose between two Detours, “Cutting Edge” or “Cutting a Wedge”. Teams who picked “Cutting Edge” made their way to Lakehead University Faculty of Natural Resources Airfield where one teammate blindly flew a drone above an airfield while the other racer wore virtual reality goggles, connected to the drone, and relayed the coordinates of four moose toys to their partner, who pinpointed the locations on a grid. Teams who chose “Cutting a Wedge” headed to Thunder Oak Cheese Farm to locate a numbered wheel of cheese, cut it into 32 wedges weighed between 230 to 270 grams, and then individually package each wedge. Both Detours had limited stations, with room for only three teams at each challenge.

Teams then raced to Kakabeka Falls to meet host Jon Montgomery at the Pit Stop. Dave and Irina, from Montréal, were first to arrive at the mat, winning a trip for two to Venice, Italy. After failing to make up time lost at the “Cutting a Wedge” Detour, Aarthy and Thinesh, from Vancouver, arrived last and were ultimately eliminated.

On the next episode of THE AMAZING RACE CANADA, “He’s Basically a Hound” (Tuesday, Sept. 3 at 9 p.m. ET/PT on CTV, then streaming anytime on CTV.ca and the CTV app), the final four teams head east to Wolfville, Nova Scotia, and the Annapolis Valley, where they compete for a spot in the Season 7 finale.

The four remaining teams competing for the Season 7 title of THE AMAZING RACE CANADA champions are: