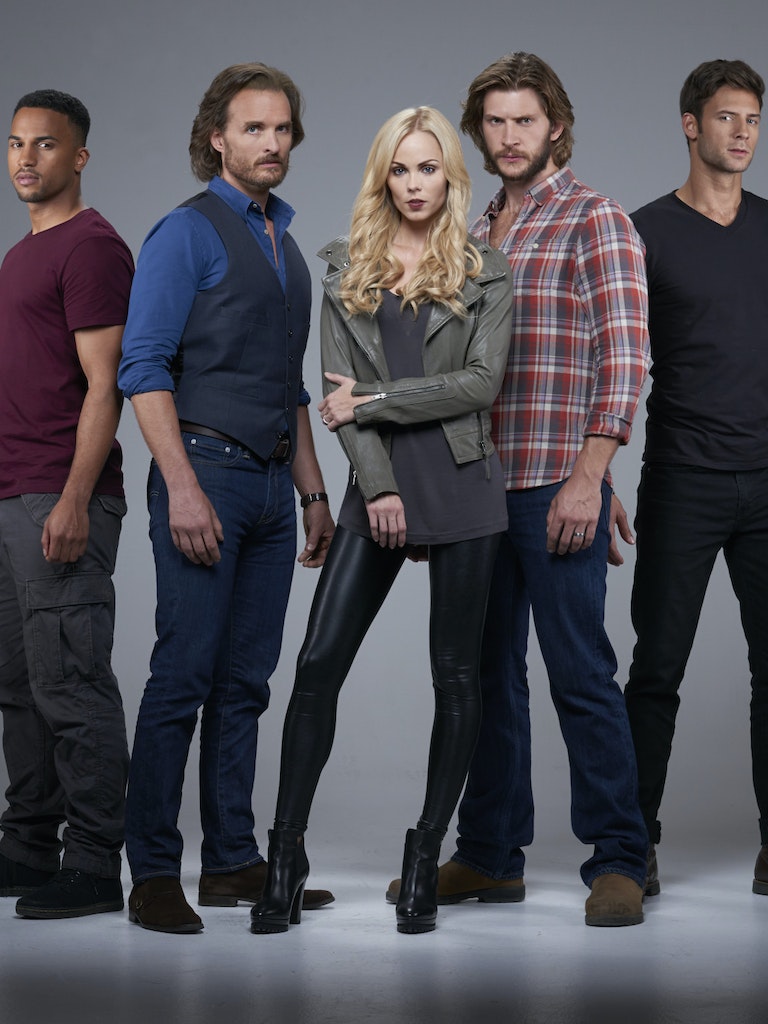 ? BITTEN Season 1 marathon howls all day long on Space, February 1 and all the time on CraveTVTM –

The Pack is back.

AFTER BITE is the newest series from Bell Media Productions. Along with the cast, crew, and other special guests, AFTER BITE offers BITTEN fans a chance to revel in the events that just unfolded in the most recent episode. Each episode features lively discussions about revealing hints at plot twists, theories on future episodes, special segments including secrets from set, fan interaction and a weekly online poll. Set to launch late January on space.ca, The Undoing supports the storyline for the second season of BITTEN, delving into the rich backstory of a mysterious new character revealed in Season 2, by releasing a series of “found” materials, original photos, videos, and footage from the series. A Bell Fund initiative, with support from No Equal Entertainment, Entertainment One Television (eOne), and Hoodwink Entertainment, The Undoing will populate new content throughout the season in conjunction with each new episode. Season 1 of BITTEN tested Elena’s strength and pushed her to embrace her fierce inner wolf. From the Mutt uprising orchestrated by Pack leader Jeremy Danvers’ father Malcolm, to finding the severed head of ex-boyfriend Phillip (Paul Greene) in her bed, Elena is out for blood. Reunited with The Pack and her true love Clay Danvers, nothing stands in the way of protecting her family and hunting down those who seek to destroy them. Season 2 sees The Pack on the hunt for Malcolm (James McGowan, DEGRASSI: THE NEXT GENERATION). In their quest to capture him, they uncover a more sinister force that threatens the existence of the werewolf species. In the Season 2 premiere episode, “Bad Blood” (Saturday, Feb. 7 at 9 p.m. ET/10 p.m. PT.), Elena and The Pack are on the hunt for Malcolm. Meanwhile, back at Stonehaven, Jeremy receives an ultimatum from the Council of International Alphas that challenges his leadership over North America. Since its debut in January 2014, BITTEN has amassed a loyal following with an average weekly audience of 347,000 viewers, making it Space’s #1 original series of all time. Each week, BITTEN reached more than 1 million viewers, and to date has reached nearly 5 million viewers. BITTEN is commissioned by Space and produced by No Equal Entertainment, Hoodwink Entertainment and eOne. Season 2 of BITTEN was acquired for U.S. broadcast by Syfy. BITTEN is executive produced by J.B. Sugar (THE COLLECTOR, JPOD) for No Equal Entertainment, John Barbisan, and Patrick Banister (WHISTLER) for Hoodwink Entertainment, and Tecca Crosby, John Morayniss, and Margaret O’Brien for eOne. Daegan Fryklind (MOTIVE, THE LISTENER) is Showrunner. Executive Producer Fryklind and co-executive producer Wil Zmak return to write for Season 2. Also in the writing room are Michael MacLennan, Larry Bambrick, Jenn Engels, and Garfield Lindsay Miller. eOne is the worldwide distributor for the series. BITTEN is produced by No Equal Entertainment, Hoodwink Entertainment, and eOne in association with Space and Bell Media, with the participation of Rogers Cable Network Fund and Cogeco Program Development Fund and the Canadian Film or Video Production Tax Credit. Rebecca DiPasquale and Tom Hastings are Production Executives, Drama, Bell Media. Trish Williams is Director of Drama, Independent Production, Bell Media. Corrie Coe is Senior Vice-President, Independent Production, Bell Media. Tracey Pearce is Senior Vice-President, Specialty and Pay, Bell Media. Phil King is President, CTV, Sports, and Entertainment Programming. Source: Numeris

Bell Media has commissioned some of Canada’s most-watched and most-acclaimed original programming, working with the best Canadian independent producers in the country. Hit CTV series include ratings success stories SAVING HOPE, MOTIVE, the record-breaking THE AMAZING RACE CANADA, and MASTERCHEF CANADA, as well as multi-cam office comedy SPUN OUT, one of the most-watched new comedies in 2014. Among the scripted series on Bell Media pay and specialty channels are the three-time Emmy®-nominated hit DEGRASSI, the internationally acclaimed ORPHAN BLACK, the most-watched original series in Space history BITTEN, Bravo’s most-watched new drama 19-2, TRANSPORTER – THE SERIES, dramedy SENSITIVE SKIN, and the upcoming KILLJOYS. Bell Media specialty channels are also home to hit factual series HIGHWAY THRU HELL, COLD WATER COWBOYS, and CANADA’S WORST DRIVER, among others.