– Executive produced by Ben Stiller, ANOTHER PERIOD stars series creators Natasha Leggero and Riki Lindhome –
– High profile and hilarious cast includes Christina Hendricks, Jason Ritter, and Paget Brewster–
– ANOTHER PERIOD premieres at 10:30 p.m. ET immediately following the premiere of genre-defining parody THE SPOILS OF BABYLON starring Tobey McGuire and Kristin Wiig at 10 p.m. ET –
– Viewers can catch up on full episodes of ANOTHER PERIOD after the broadcast on Much.com –

"There's this mix of tones in terms of the comedy coming from this sort of reality show vibe and also this anachronistic thing that is going on, too. It's also just really stupid at times." – Ben Stiller

“ANOTHER PERIOD is a sort of DOWNTON ABBEY for people who loathe DOWNTON ABBEY — messy, ribald and hilarious.” – Channel Guide Magazine

To tweet this release: http://bmpr.ca/1Kl7WDG Join the Hubub TORONTO (June 8, 2014) – Before the Kardashians and housewives of various cities claimed their fame, there was one family who set the groundwork for all things rich and famous. This summer, Much shares the story of narcissistic aristocrats, the Bellacourts, in the new “historical” satire executive produced by Ben Stiller, ANOTHER PERIOD, premiering Tuesday, June 23 at 10:30 p.m. ET. Created by stars Natasha Leggero (Let’s Be Cops) and Riki Lindhome (GARFUNKEL AND OATES), the 10-episode, 30-minute scripted series is set in turn-of-the-20th century Rhode Island, and is modelled after modern-day reality TV, but with a Victorian-era twist. Viewers can catch up on full episodes of ANOTHER PERIOD following each broadcast on Much.com. Newport, Rohde Island’s First Family, the Bellacourts 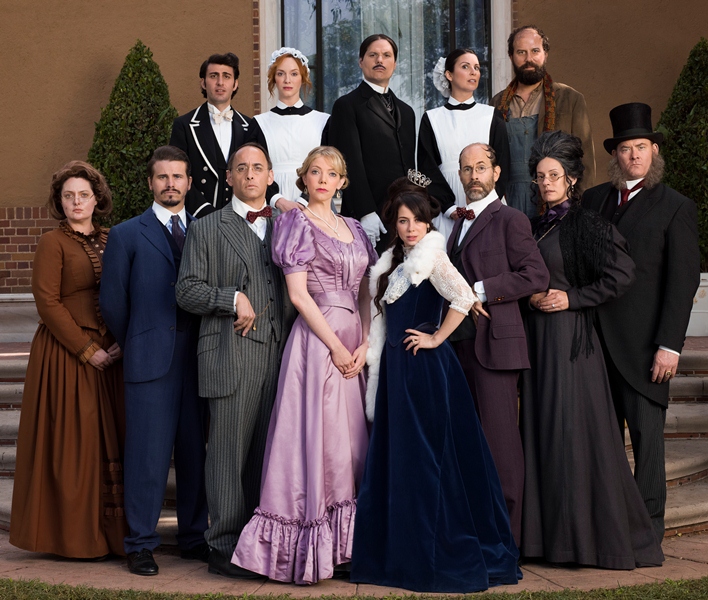 About Much
Much is the go-to channel for all things pop-culture, delivering trendworthy, topical programming, and exclusive live events. From the MUCH MUSIC VIDEO AWARDS to its industry-leading online and social media outreach, including Much.com, on Twitter (with over half a million followers), and Facebook (with more than 1.2 million likes and counting), Much continues to deliver unique and clever programming to its audience. Much supports the Canadian music video production industry with its annual, multi-million dollar contribution to MuchFACT. Much is available in more than 8.2 million homes across Canada via satellite, IPTV, and cable, as well as more than 1 million mobile devices. Much is a division of Bell Media, which is part of BCE Inc. (TSX, NYSE: BCE), Canada’s largest communications company.