Go To The News Page
SOS, we’ve caught a case of Sundance Fever and turns out, it’s contagious! As the Sundance Film Festival continues today in Utah, upcoming Crave programming is taking centre stage with a number of films premiering today and throughout the prestigious festival (click HERE for the 2019 schedule). After receiving a record-breaking 14,259 submissions, just 112 features and series made the cut to premiere this year. The four titles premiering at Sundance Festival and confirmed to debut on Crave later this year include:

INVENTOR: OUT FOR BLOOD IN SILICON VALLEY (HBO) 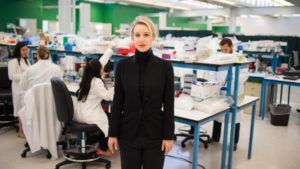 Courtesy of the Sundance Institute

Ever heard of the health tech company Theranos? Led by Elizabeth Holmes, Theranos sought to revolutionize the health industry with “the Edison,” a machine that could perform 200 tests in one minute using a single drop of blood. And it may have worked, had it not all been a lie. Once valued at nine billion dollars, the business that promised to change the world quickly dissolved into a fraudulent scheme. Directed by Alex Gibney (GOING CLEAR: SCIENTOLOGY & THE PRISON OF BELIEF), THE INVENTOR investigates how Holmes deceived high-profile investors and examines the myths surrounding America’s entrepreneurial elites, at a time where the tech industry has never been more vulnerable to its own ego. 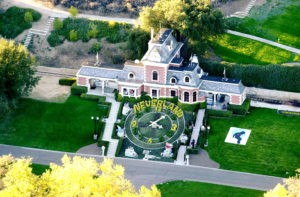 Michael Jackson fans may have mixed emotions, but LEAVING NEVERLAND documents the value of breaking silence, even when it implicates a powerful and revered figure. Co-produced by HBO and Channel 4 and directed by Dan Reed, the two-part documentary chronicles the experiences of two young boys, James Safechuck and Wade Robson, who were allegedly befriended and sexually abused by Michael Jackson. Through gut-wrenching interviews with Safechuck and Robson, now adults with their own families, LEAVING NEVERLAND crafts a portrait of sustained abuse and explores the complicated feelings that led both men to confront their experiences.

This vibrant, 10-part comedy series is created and executive-produced by veteran indie filmmaker Gregg Araki, with Steven Soderbergh and Gregory Jacobs as executive producers. Canadian actor Avan Jogia stars as Ulysses, a young man struggling to figure out his life in the bizarre and perplexing city of Los Angeles. Between sexual and romantic dating-app adventures, Ulysses grows more paranoid by the minute as he questions whether his troubling dreams mean a cosmic conspiracy is happening — or if he is simply dabbling in too many drugs. 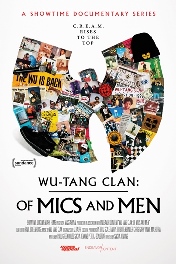 As the legendary hip hop group marks the 25th anniversary of their debut album Enter The Wu-Tang (36 Chambers), filmmaker Sacha Jenkins’ presents WU-TANG CLAN: OF MICS AND MEN. The four-part limited docuseries reflects on the group’s career, combining intimate interviews from each of the nine living members with never-before-seen footage and performances. The founding members: RZA, GZA, Ol’ Dirty Bastard, Inspectah Deck, Raekwon, U-God, Ghostface, Method Man, Masta Killa, and Cappadonna are celebrated for their ingenuity and entrepreneurial spirit, which brought them together to overcome poverty, violence, and oppression in their neighbourhoods.