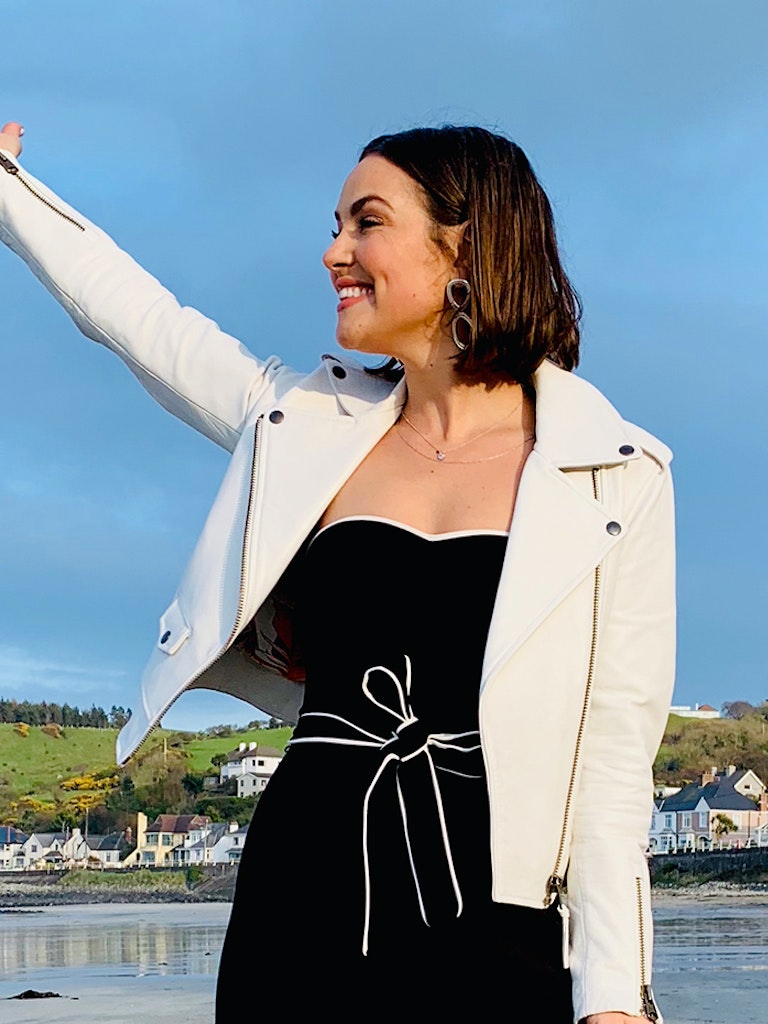 The blood-and-betrayal hit series GAME OF THRONES takes place in a fantasy world, but in reality, many scenes from all seven seasons were filmed in the rolling hills, crumbling castles, and rocky cliffs of Northern Ireland.

As a guest of Tourism Ireland, ETALK’s Chloe Wilde packed her bags and visited the real-life Westeros, depicted in this behind-the-scenes GAME OF THRONES Ireland picture diary. Throughout the week ETALK is rolling out exclusive footage of Wilde’s visits to The Dark Hedges: The Kingsroad, Downhill Beach: Dragonstone Cliffs, and the GAME OF THRONES Touring Exhibition.

Ballygally Castle
Wilde visits the historic Ballygally Castle Hotel, located on the tip of the famous Causeway Coastal Route. The stunning 17th century castle overlooks the Ballygally Bay, with views across the Irish Sea, and serves as the home to the GAME OF THRONES Door 9. Known as the Door of Thrones, Door 9 was a backdrop for the famous battle between House Bolton and House Stark, Ramsey Bolton’s hungry dogs, and Winterfell Castle.

The Dark Hedges: The King’s Road Westeros
The Dark Hedges are one of the most photographed natural phenomena in Northern Ireland, and have become an even more popular tourist attraction since its appearance in GAME OF THRONES. The stretched avenue of beach trees was planted by the Stuart family in the 18th century and intended to impress visitors as they approached the entrance to Gracehill House. Centuries later, the trees appeared in GAME OF THRONES Season 2, when Arya escaped King’s Landing disguised as a boy travelling on the King’s Road.

Binevenagh: The Dothraki Grasslands
An area known for its outstanding natural beauty, Binvenagh Mountain provided the setting for GAME OF THRONES’ Dothraki Grasslands, appearing in Season 5. The mountain’s steep rock provided the perfect landscape for the moment Daenerys Targaryen was rescued by her dragon, Drogon, while fleeing from the Sons of the Harpy.

The eighth and final season of HBO’s GAME OF THRONES premieres Sunday, April 14 at 9 p.m. ET only on Crave.

THIS JUST IN: JANN ARDEN RELEASES NEW SINGLE “MOTHER MINE”

This Just In From HBO: GAME OF THRONES: Facts and Figures