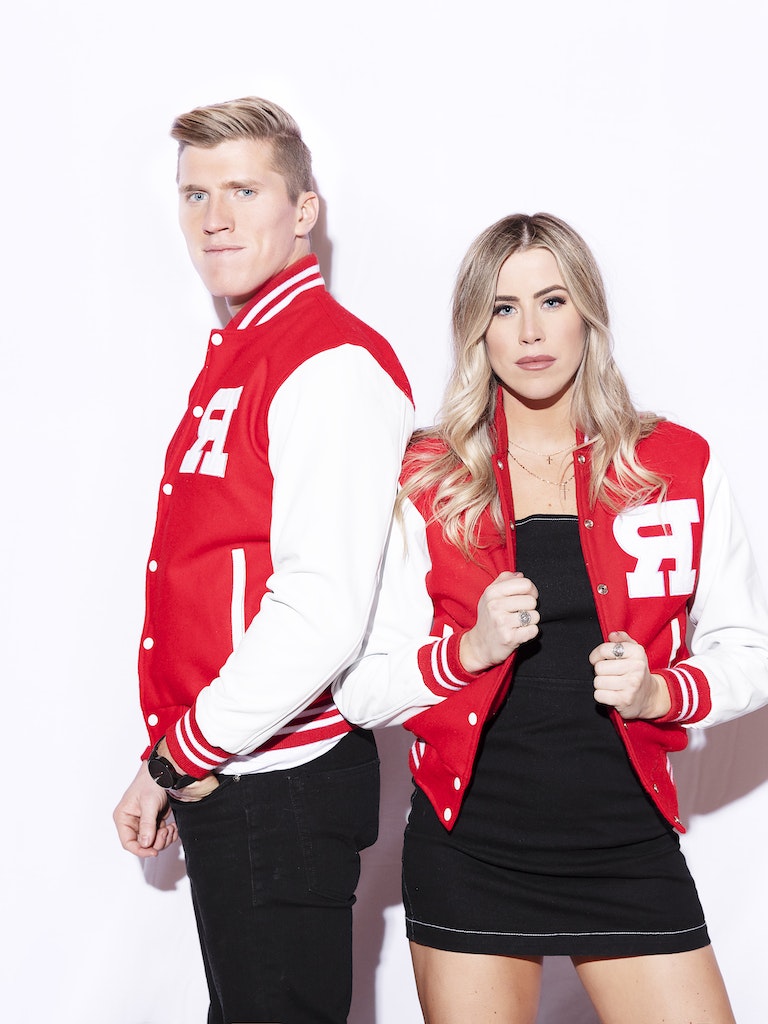 Go To The News Page
Canadian Country Music Award-winning band The Reklaws, featuring the talented brother-sister duo of Jenna and Stuart Walker, found great success in 2018 as their hit song “Long Live the Night” became the official anthem for the CFL ON TSN’s THURSDAY NIGHT FOOTBALL. The Reklaws also rocked the stage at the 106th GREY CUP, performing in front of their largest audience to date and capturing the attention of sports fans across the country. But The Reklaws’ big year isn’t over yet. As TSN drops the puck on Canada’s favourite holiday hockey tradition, the 2019 IIHF WORLD JUNIOR CHAMPIONSHIP beginning Boxing Day at 4 p.m. ET / 1 p.m. PT, The Reklaws deliver the anthem of the tournament with the release of “Roots: The TSN World Juniors Song,” which will be featured throughout TSN’s live coverage. The duo says this special version of the song is focused on the experience of the young athletes under the World Juniors spotlight. “The moment we wrote this song, we knew it was something special, but we didn’t know it would eventually be linked to one of the most important hockey tournaments in the world. It couldn’t be more ‘meant to be’ in our eyes, as the lyrics fit perfectly with this game and the situation these young athletes are in.” Born and raised on their family farm in Cambridge, Ont., siblings Jenna and Stuart are self-proclaimed hometown kids. When they sat down to write the song, the band reflected on the way that for athletes and musicians alike, strong ties to community can pave the way for success. “We think this song will speak to all players and fans alike. It reminds each of us that no matter how far you get or how many lucky breaks you have in this life, we must always be thankful for those who helped us get there in the first place. Lyrics like, ‘When the pressure’s way too much but the diamond starts to show’ were written for the young men playing in the tournament for the first time.” The newest crop of burgeoning hockey stars takes centre ice for TSN’s signature live coverage of the 2019 IIHF WORLD JUNIOR CHAMPIONSHIP through to the Gold Medal matchup on Saturday, Jan. 5 at 7:30 p.m. ET / 4:30 p.m. PT. The tournament takes place in Vancouver and Victoria, B.C., with TSN delivering complete live coverage of all 28 tournament games. All eyes will be on Team Canada and all ears on The Reklaws. “We couldn’t feel more honoured to represent this incredible country and team with this song,” adds the band. “We are truly blessed to have this opportunity, and you can bet we’ll be wearing the red and white every time our boys step out onto the ice!" “Roots” was written by Jenna and Stuart Walker (The Reklaws), with Jenson Vaughan (“First Time”, “This is What It Feels Like”) and Massimo Alonzi. “Roots” was released via Universal Music Canada, the country’s leading music company. Fans can watch the official music video for “Roots: The TSN World Juniors Song” on TSN’s YouTube channel below, or listen and download the song here.