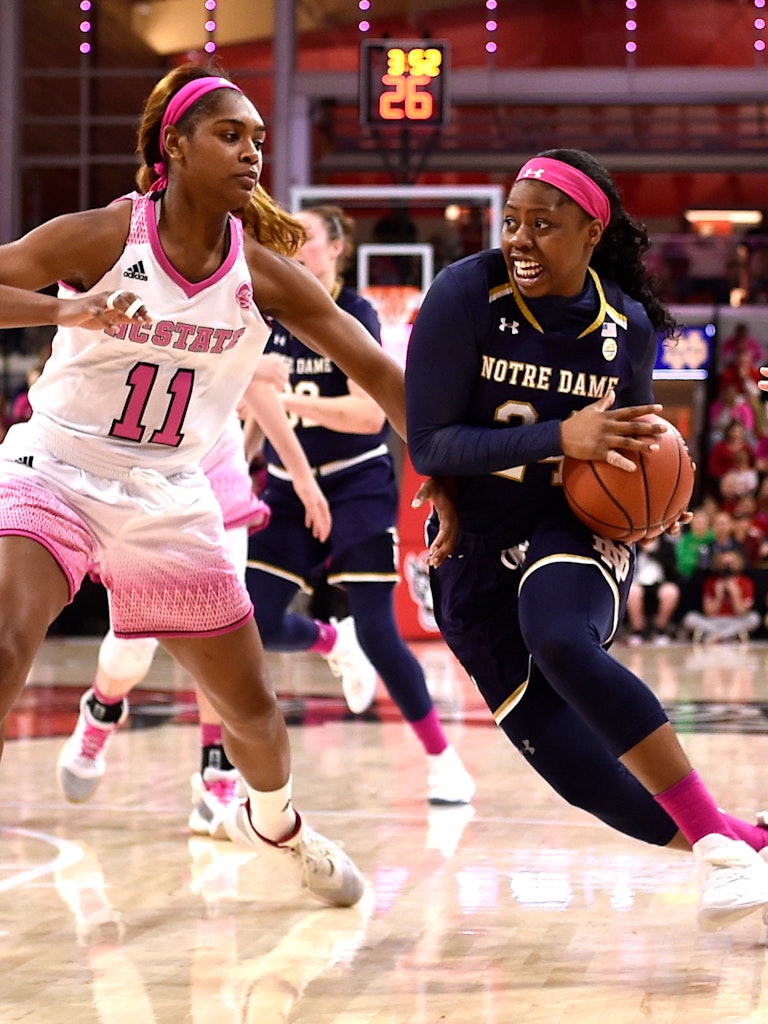 The best teams in NCAA women’s basketball have battled down to the Final Four (Friday, April 5 on TSN), with one semi-final showdown reigniting a decade-long rivalry between UConn and Notre Dame. The other match up finds a Final Four first in Oregon, who take on tournament veterans Baylor.

Ahead of these much-anticipated matchups, @TSN_PR has done the difficult task of narrowing down one top player to watch from each team.

Arike Ogunbowale
This Notre Dame senior was named the NCAA’s Most Outstanding Player in 2018, and she hit the game-winning shot to lead the Fighting Irish to a win in last year’s Final Four, beating rival UConn 91-89 with nearly one second remaining in overtime. But that legendary two-pointer wasn’t enough for Ogunbowale. With 0.1 seconds left in her next game, the NCAA Women’s National Championship Game against Mississippi State, she hit a Hail Mary three-pointer to bring home the title.

Sabrina Ionescu
As the potential #1 pick in the upcoming WNBA draft, this Oregon junior guard had a leading hand in the Ducks’ charge to their first-ever Final Four. Ionescu has led the team through high-pressure situations throughout the season, including her step-back three-pointer that extended the Ducks’ lead against Mississippi in the final minutes of the Elite Eight quarterfinal. This year, Ionescu broke the single-season NCAA record for triple doubles.

Kalani Brown
This Lady Bears’ senior has built a very impressive resume during her basketball journey at Baylor, which began when she attended basketball camps at the university in seventh grade. Brown is now writing a storybook finale to her NCAA career, leading the team to their first Final Four appearance since the 2009-2010 season.

Katie Lou Samuelson
This UConn Huskies’ senior has cemented her spot as a Husky legend in her career with the team. Winning awards throughout her college career and being named to a dozen All-American/American Athletic Conference games, Samuelson has played over 3000 career minutes for the team. So it must have been strange to watch from the sidelines after a back injury forced her to miss the recent AAC Tournament. But Samuelson returned to play in the Elite Eight, clocking a season-high of 40 minutes and leading the team to their 12th straight Final Four.