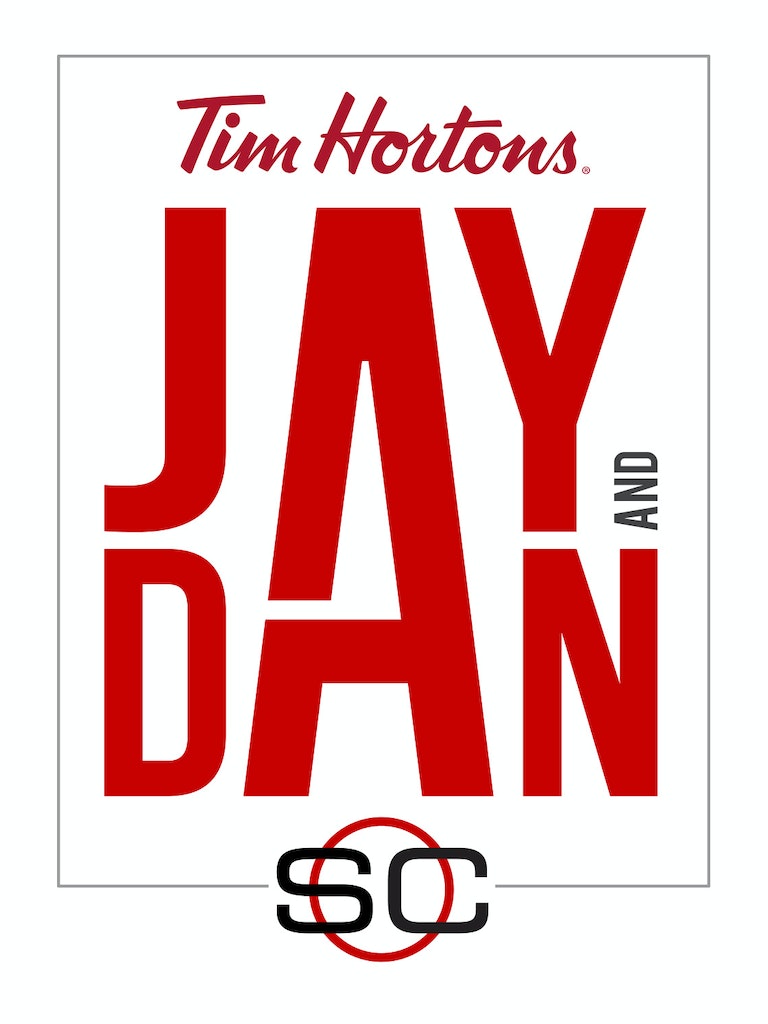 – Helmed by the popular duo of Jay Onrait and Dan O’Toole, SC WITH JAY AND DAN PRESENTED BY TIM HORTONS premieres this September on TSN –

– Tim Hortons sponsorship includes in-show and set integrations, as well as inclusion in digital and social executions, and all promotional campaign elements –

– SC WITH JAY AND DAN PRESENTED BY TIM HORTONS will feature highlights, the return of fan-favourite segments, interviews, and the unpredictable moments the pair are known for –

TORONTO (June 1, 2017) – TSN today announced Tim Hortons® as the title sponsor of its upcoming new series SC WITH JAY AND DAN, hosted by returning fan-favourites Jay Onrait and Dan O’Toole. Building on TSN’s strong partnership with Tim Hortons, the new sponsorship of SC WITH JAY AND DAN PRESENTED BY TIM HORTONS includes various in-show and set integrations as well as inclusion in digital and social executions. Tim Hortons will also be fully integrated into all promotional campaign elements leading up to the series debut this September on TSN. With today’s announcement of the new partnership, TSN also revealed the series logo for SC WITH JAY AND DAN PRESENTED BY TIM HORTONS. “Tim Hortons is an iconic brand that’s part of the everyday lives of Canadians, and we look forward to working in partnership with them on the various integrations that will carry across broadcast, digital, and social spaces,” said Mark Milliere, Senior Vice-President and General Manager, TSN. “The return of Jay and Dan to TSN provides an incredible opportunity to expand on an established brand with SPORTSCENTRE, and creates a strong platform for us to continue to build on the longstanding relationship we’ve established with Tim Hortons.” “I could not be more excited about Tim Hortons becoming our title sponsor," said host Jay Onrait. "It's like I always say about my favourite Tim Hortons donut: the Chocolate Dip. The donut is great, the chocolate is great, but together they're amazing. And that's how we feel about our partnership with Tim Hortons – together, we'll be amazing.” “Tim Hortons has forever been an integral part of our show prep,” said host Dan O’Toole. “For 12 years straight, while on the way into the TSN studio, Jay and I would pick up two steeped teas to fuel us for the night. Without our Tims, there would be no show! Thrilled does not even begin to describe how we feel about Tim Hortons jumping onboard SC WITH JAY AND DAN.” The Tim Hortons brand will be integrated into SC WITH JAY AND DAN PRESENTED BY TIM HORTONS in various ways, including: Onrait and O’Toole’s return to Canada’s Sports Leader was announced live on air by Hockey Insider Bob McKenzie during TSN’s live TRADECENTRE coverage on March 1. When the popular duo return in September, viewers can expect the unexpected along with highlights, interviews, trending stories, and the return of fan-favourite segments. Onrait and O’Toole will contribute original content throughout TSN’s digital and social media platforms, including TSN.ca/JayandDan, and Twitter and Facebook.

About Tim Hortons
TIM HORTONS® is one of North America’s largest restaurant chains operating in the quick service segment. Founded as a single location in Canada in 1964, TIM HORTONS® appeals to a broad range of consumer tastes, with a menu that includes premium coffee, hot and cold specialty drinks (including lattes, cappuccinos and espresso shots), specialty teas and fruit smoothies, fresh baked goods, grilled Panini and classic sandwiches, wraps, soups, prepared foods and other food products. TIM HORTONS® has more than 4,600 system wide restaurants located in Canada, the United States, and around the world. To learn more about the TIM HORTONS® brand, please visit the TIM HORTONS® brand website at www.timhortons.com or follow us on Facebook, Twitter and Instagram.