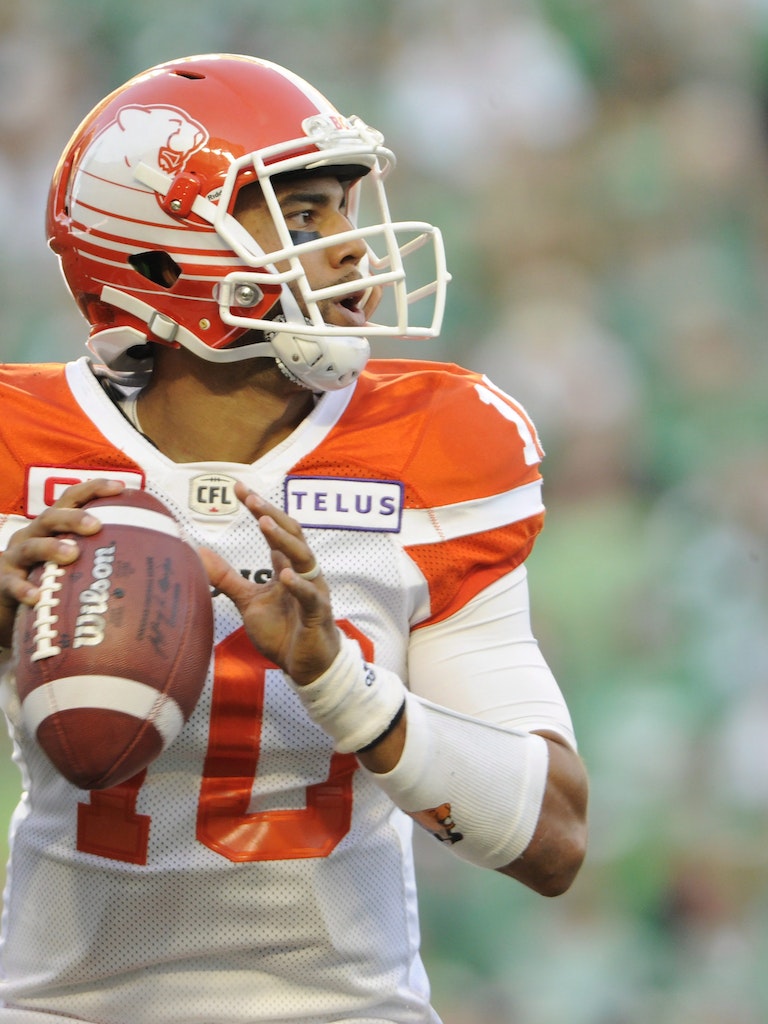 – Home of the BC Lions since 2003, TSN 1040 retains rights through to 2022 –
– Comprehensive game coverage includes every pre-season, regular season, and post-season game, culminating with the 106th Grey Cup Presented by Shaw –
– The Lions on TSN 1040 broadcast team includes Bob ‘the Moj’ Marjanovich and former Lions quarterback Giulio Caravatta, with coverage from TSN’s top CFL Insiders including Farhan Lalji, Dave Naylor, and Glen Suitor –

VANCOUVER (January 17, 2018) – TSN 1040 Vancouver is back in the Lions’ Den as TSN today announced a multi-year extension of a partnership that will see TSN 1040 remain the official radio broadcaster of the BC Lions. The new deal continues through to 2022, with TSN 1040’s latest coverage of the team kicking off live from training camp on Sunday, May 20 from Hillside Stadium in Kamloops, B.C. Calling all the action for the 2018 season is the TSN 1040’s Lions broadcast team including play-by-play commentator Bob ‘the Moj’ Marjanovich alongside analyst and former Lions quarterback Giulio Caravatta. Contributing insight and analysis on the Lions and the CFL throughout the season are CFL Insiders Farhan Lalji, Dave Naylor, and Glen Suitor. “We’re thrilled to continue our longstanding relationship with the BC Lions as we continue our tradition of delivering fan-favourite team broadcasts, discussion, and analysis with our world-class on-air talent,” said Robert Gray, National Program Director, TSN Radio. “Throughout the Lions’ 65th season, TSN 1040 gives fans an all-access pass to the team from training camp all the way to the 106th Grey Cup.” “Today’s announcement is excellent news for our club and our fans,” said BC Lions President Rick LeLacheur. “Since coming together in 2003, we have established an incredible 15-year partnership with TSN 1040 which is of tremendous value to our organization, our supporters and our partners. Radio remains a vital link between the club and its fans, whether it’s listening to the pregame show, the play-by-play of the game, the postgame show, or Lions talk throughout the season.” The season-long coverage is highlighted by in-depth analysis and exclusive interviews with players, coaches, and management. Every game is primed by the two-hour countdown to kick-off pre-game show, and concluded by the two-hour interactive post-game show, which includes listener calls, texts, tweets, and emails on the game. Football fans can set their dial in Metro Vancouver to AM 1040, enjoy the HDFM broadcast at 103.5FM HD2, listen across BC on the BC Lions Radio Network, listen online at TSN1040.ca, and tune in with the TSN GO and iHeartRadio apps for TSN 1040’s live coverage of Lions’ games all season long. Fans can also visit TSN.ca for in-depth news and analysis surrounding the team, including blog posts, podcasts, and Twitter updates. TSN 1040 is the voice of Vancouver sports, with the city’s best coverage of Canucks, Lions, Whitecaps, Giants, C’s, Stealth, Mariners, Seahawks, and the NFL. TSN 1040’s packed schedule of live broadcast coverage also includes TSN’s slate of major sporting events, including the Grey Cup, IIHF World Junior Championship, golf and tennis majors, and more.