TORONTO (February 18, 2016) – Breakfast, lunch, and dinner on Toronto sports radio is about to change, with TSN unveiling an all-new lineup of shows and hosts on TSN 1050 Toronto beginning Monday, Feb. 22. The station’s new lineup was announced this afternoon live on-air by hosts Bryan Hayes, Jamie ‘Noodles’ McLennan, and Jeff ‘The O’Dog’ O’Neill, who become the voices of TSN 1050’s new drive-home show: OVERDRIVE WITH HAYES, NOODLES & THE O’DOG (weekdays from 4 to 7 p.m. ET). Also announced today is the pairing of Michael Landsberg – who joins TSN 1050 as a new host – and Dave Naylor with NAYLOR & LANDSBERG IN THE MORNING (weekdays from 5:30 to 9 a.m. ET), plus Andi Petrillo becoming Canada’s first female daily sports radio host as the new voice of TSN 1050’s LEAFS LUNCH (weekdays from 12 noon to 1 p.m. ET). 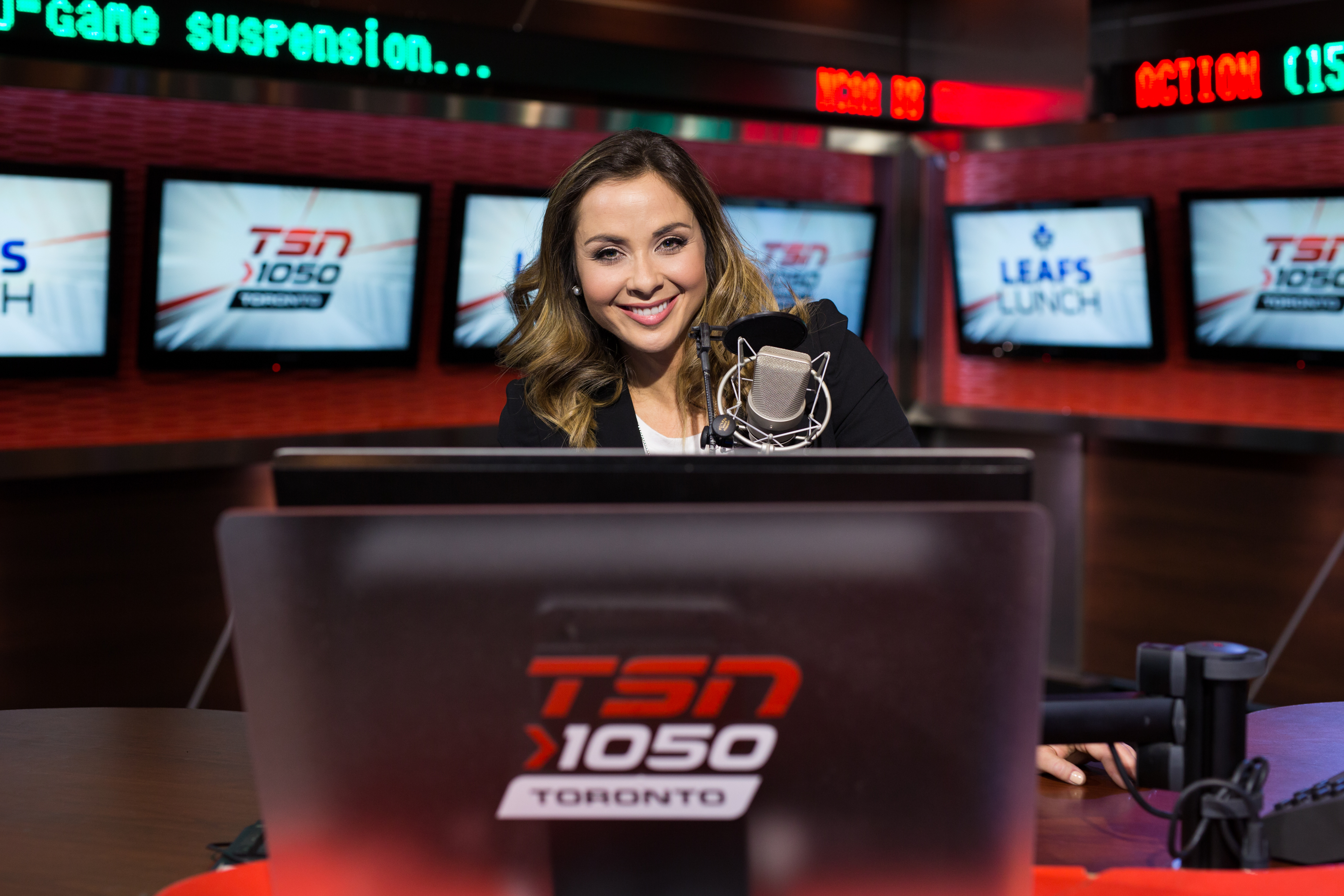 DOWNLOAD PHOTOS AND GRAPHICS HERE: http://bmpr.ca/1LvewVS <<NOTE TO MEDIA: TSN 1050 Toronto hosts are available for interview. Please email renee.rouse@bellmedia.ca.>> Along with listening on AM 1050 in the Greater Toronto Area, fans can listen live at TSN1050.ca and on the TSN GO app. The station’s podcasts are available on-demand at TSN1050.ca   TSN 1050 Toronto’s New Daily Lineup In addition to listening live on TSN 1050, TSN1050.ca and on TSN GO, fans can also watch LEAFS LUNCH weekdays at 12 noon ET on TSN4 and OVERDRIVE WITH HAYES, NOODLES & THE O’DOG at 6 p.m. ET on TSN2 (visit TSN.ca/TV for a confirmed broadcast schedule).   Quotes “We are thrilled to announce these changes to Toronto sports fans and add some entertaining new voices to TSN 1050. In the mornings, TSN 1050 will bring smart, informed debate from two of Canada’s most respected broadcasters with Michael Landsberg and Dave Naylor at the helm. In the afternoons, we welcome a fresh voice to serve the LEAFS LUNCH crowd with an exciting new host in Andi Petrillo. And to everyone who asked for more Hayes, Noodles, and The O’Dog: we heard you, and you’re welcome.” – Jeff MacDonald, Program Director, TSN 1050 Toronto “Getting three hours of freedom to talk is really exciting. Naylor and I will do intelligent sports talk, but we’ll have fun with it too. A couple things I promise: I will never back down and I will never let a foolish comment go unchallenged – even from Naylor.” – Michael Landsberg, Host, NAYLOR & LANDSBERG IN THE MORNING on TSN 1050 Toronto “Michael and I will start off each day with some strong debate about the most pressing issues in sports. But we won’t just talk about the obvious storylines out there. We’ll dig deeper to find all kinds of stories that matter to Toronto sports fans.” – Dave Naylor, Host, NAYLOR & LANDSBERG IN THE MORNING on TSN 1050 Toronto “I don’t do quotes. Go ask Bryan.” – Jeff O’Neill, Host, OVERDRIVE WITH HAYES, NOODLES & THE O’DOG on TSN 1050 Toronto “Noodles, O’Dog, and I are very excited to have even more time to do our show. The way I see it, the only thing that’s changing is that we get to sleep in longer.” – Bryan Hayes, Host, OVERDRIVE WITH HAYES, NOODLES & THE O’DOG on TSN 1050 Toronto “Me and the guys will do the same stuff at night that we did during the day. That means more Wrangler jokes, more 40/30 Grit Grinders, more Gerry’s Percentages, and everything in between.” – Jamie McLennan, Host, OVERDRIVE WITH HAYES, NOODLES & THE O’DOG on TSN 1050 Toronto  “I’m really excited to join the TSN 1050 team as the new host of LEAFS LUNCH. The LEAFS LUNCH guys created such a fun format for the show, and I’m looking forward to carrying that forward while also putting my own spin on it.” – Andi Petrillo, Host, LEAFS LUNCH on TSN 1050 Toronto TSN Radio As part of TSN’s broad portfolio of multimedia sports assets, TSN Radio delivers world-class content across eight stations in seven major Canadian markets across the country. The TSN Radio family includes TSN 1050 Toronto, TSN 690 Montreal, TSN 1290 Winnipeg, TSN 1040 and TSN 1410 Vancouver, TSN 1200 Ottawa, TSN 1260 Edmonton, and TSN 1150 Hamilton. TSN Radio’s roster of live sports programming includes more championships than any other radio broadcaster in the country, including the Grey Cup, World Juniors, and Euro 2016. In addition to being the official radio home of the NFL and the Super Bowl, TSN Radio is also the official broadcaster of the Toronto Maple Leafs, Ottawa Senators, Winnipeg Jets, Montreal Canadiens, Vancouver Canucks, Toronto Raptors, Vancouver Whitecaps FC, Toronto FC, Montreal Impact, Toronto Argonauts, Ottawa Redblacks, BC Lions, Montreal Alouettes, UEFA Champions League, UEFA Europa League, World Hockey Championships, Daytona 500, and more. TSN Radio is Canada’s go-to source for trusted news coverage and analysis from TSN’s best-in-class team of Insiders and experts. TSN Radio is a division of Bell Media, Canada’s top-ranked radio broadcaster, with 106 licensed radio stations in 54 markets across Canada, which is part of BCE Inc. (TSX, NYSE: BCE), Canada’s largest communications company