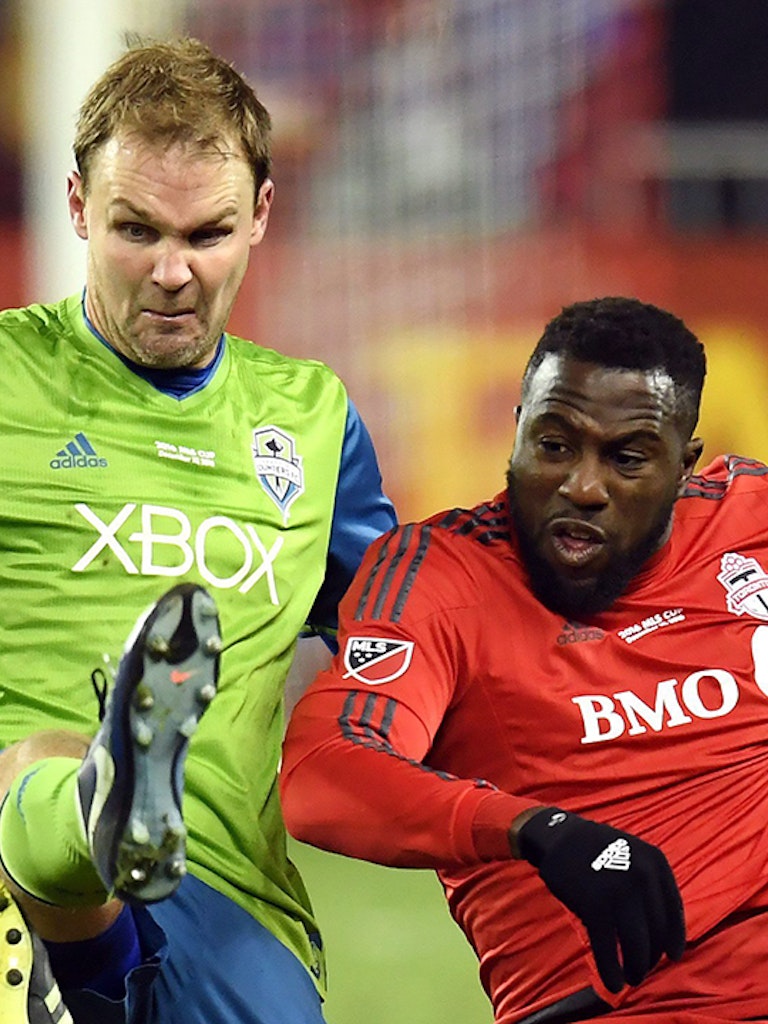 – MLS ON TSN now delivers exclusive coverage of every Toronto FC and Vancouver Whitecaps FC game, along with a package of Montreal Impact games –

– TSN continues to be the exclusive home of the MLS ALL-STAR GAME, AUDI MLS CUP PLAYOFFS, and MLS CUP, one of 60+ iconic championship events that live on TSN –

TORONTO (January 10, 2017) – After a thrilling season culminating with the record-breaking 2016 MLS CUP, which eclipsed unprecedented playoff audiences to become the country’s most-watched MLS game ever, TSN today announced a new, multi-year media rights extension with Major League Soccer that sees the network become Canada’s exclusive English-language broadcaster of MLS. Beginning with the 2017 season, Canada’s Sports Leader now delivers exclusive coverage of every game featuring Toronto FC and Vancouver Whitecaps FC, a slate of Montreal Impact matchups, marquee games featuring U.S.-based teams, along with exclusive coverage of the MLS ALL-STAR GAME, MLS DECISION DAY, the AUDI MLS CUP PLAYOFFS, and MLS CUP – one of 60+ iconic championship events that live on TSN. MLS ON TSN will announce its comprehensive broadcast schedule for the 2017 season in the coming weeks. “Coming off the record-setting season the League had in Canada, we are excited to announce our renewed partnership with TSN and Bell Media,” said Gary Stevenson, President and Managing Director, MLS Business Ventures. “This agreement is a clear indication that our media partners – along with the League and our Canadian clubs – are investing in the growth of the sport of soccer in Canada. Bell has been a longstanding partner of the League and our partnership with TSN has already achieved so much toward our collective goals for growth, and we are excited for what’s next.” “The MLS brand in Canada is stronger than ever, after an outstanding MLS ON TSN season that saw Canadian clubs making sensational playoff runs and smashing audience records along the way,” said Stewart Johnston, President of TSN. “By expanding our package of games, Canadian fans can expect MLS ON TSN to continue to elevate the League and its players. We are proud to continue to be MLS’s official Canadian broadcaster for years to come.” Live streaming and on-demand viewing of MLS ON TSN will continue to be available to TSN subscribers through the TSN GO app and on TSN.ca. TSN has been the official Canadian broadcaster of MLS since 2011. 2016 MLS ON TSN Ratings During the thrilling AUDI 2016 MLS CUP PLAYOFFS, Canadian teams broke the all-time MLS audience record three times: Soccer on TSN TSN is the official broadcaster of Major League Soccer (MLS) in Canada, with complete coverage of Toronto FC and Vancouver Whitecaps FC, a package of Montreal Impact matchups, marquee games featuring U.S.-based teams, plus the MLS ALL-STAR GAME, MLS DECISION DAY, and the complete AUDI MLS CUP PLAYOFFS, culminating with MLS CUP. Through a multi-year broadcast rights agreement with UEFA, TSN and RDS are the primary Canadian broadcasters of the UEFA CHAMPIONS LEAGUE and UEFA EUROPA LEAGUE. The agreement sees TSN broadcast more than 190 games, including up to 16 group stage games weekly, extensive coverage of the knockout phase, as well as the UEFA EUROPA LEAGUE FINAL and the UEFA CHAMPIONS LEAGUE FINAL. RDS delivers live coverage of three of the best matches each week. Bell Media’s CTV, TSN, and RDS own exclusive Canadian media rights to the FIFA World Cup™ package through to 2026, which includes the 2018 FIFA WORLD CUP RUSSIA™, 2022 FIFA WORLD CUP QATAR™, and the 2026 FIFA World Cup™, as well as a slate of additional FIFA tournaments. TSN and RDS hold a multi-year broadcast agreement that gives the networks Canadian media rights to half of all games from the PREMIER LEAGUE.