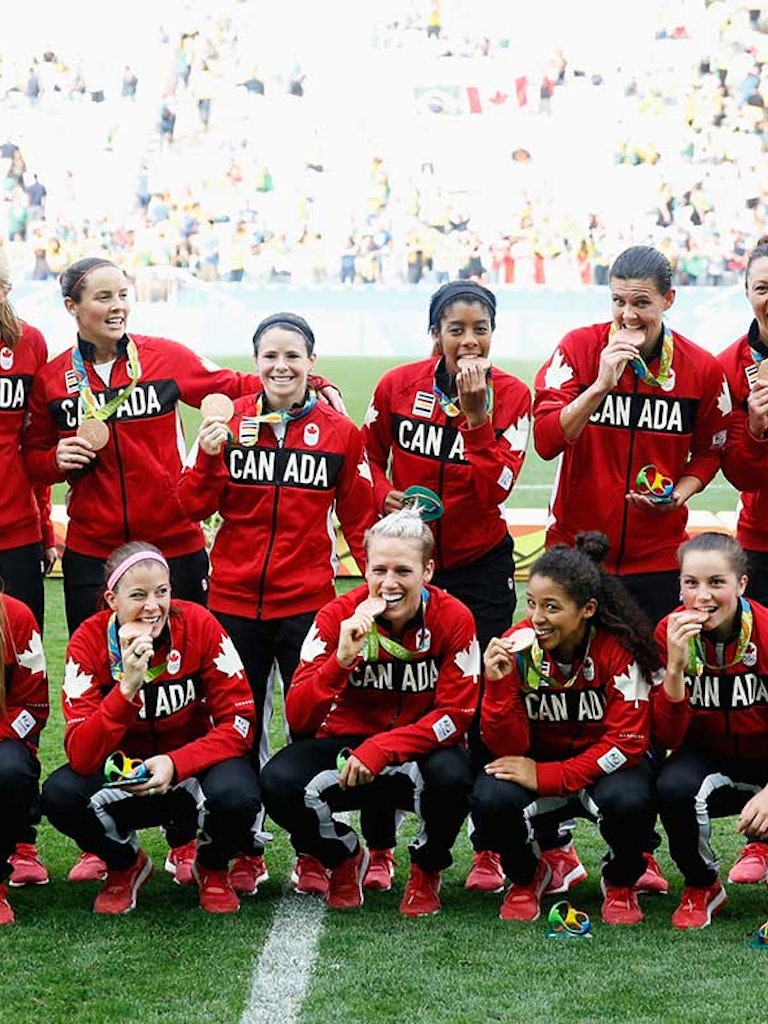 – Canada takes on Mexico in this BRONZE MEDAL CELEBRATION MATCH, with coverage kicking off Saturday, Feb. 4 at 6 p.m. ET live from BC Place in Vancouver –


TORONTO (January 27, 2017) – Soccer fans nationwide can relive the excitement of the bronze medal-winning performance by Canada’s women’s national soccer team at the 2016 Rio Olympic Games as TSN delivers live coverage of Canada Soccer’s BRONZE MEDAL CELEBRATION MATCH, featuring Canada vs. Mexico. TSN’s live coverage kicks off Saturday, Feb. 4 at 6 p.m. ET on TSN2, live from BC Place in Vancouver. The match is Canada Soccer’s Women’s National Team’s first home game following their thrilling bronze medal victory at the 2016 Rio Olympic Games, and features retiring players Melissa Tancredi, Rhian Wilkinson, and Marie-Eve Nault in their final home match for Canada. “Canada Soccer’s Women’s National Team captivates the country every time they take the field, and we’re proud to showcase this tribute to Canada’s historic, back-to-back bronze medal-winning group,” said Shawn Redmond, Vice-President of Programming, TSN. “We’re excited to deliver the BRONZE MEDAL CELEBRATION GAME and provide Canadians the opportunity to cheer on this trio of stars donning the red and white for a final time.” “We are pleased to be once again partnering with TSN and RDS to bring soccer into the homes of Canadians as we celebrate the historic achievements of our Women’s National Team,” said Peter Montopoli, Canada Soccer General Secretary. “We expect to have a lively audience at BC Place, with over 19,000 tickets already sold, and we are thrilled Canadians across the country will be able to join us in honouring these players, especially those who will be representing Canada for their final time on February 4th.” Coverage of the BRONZE MEDAL CELEBRATION MATCH is available live and on demand to TSN subscribers via TSN.ca/Live and the TSN GO app. French-language coverage of the BRONZE MEDAL CELEBRATION MATCH is available on RDS2.