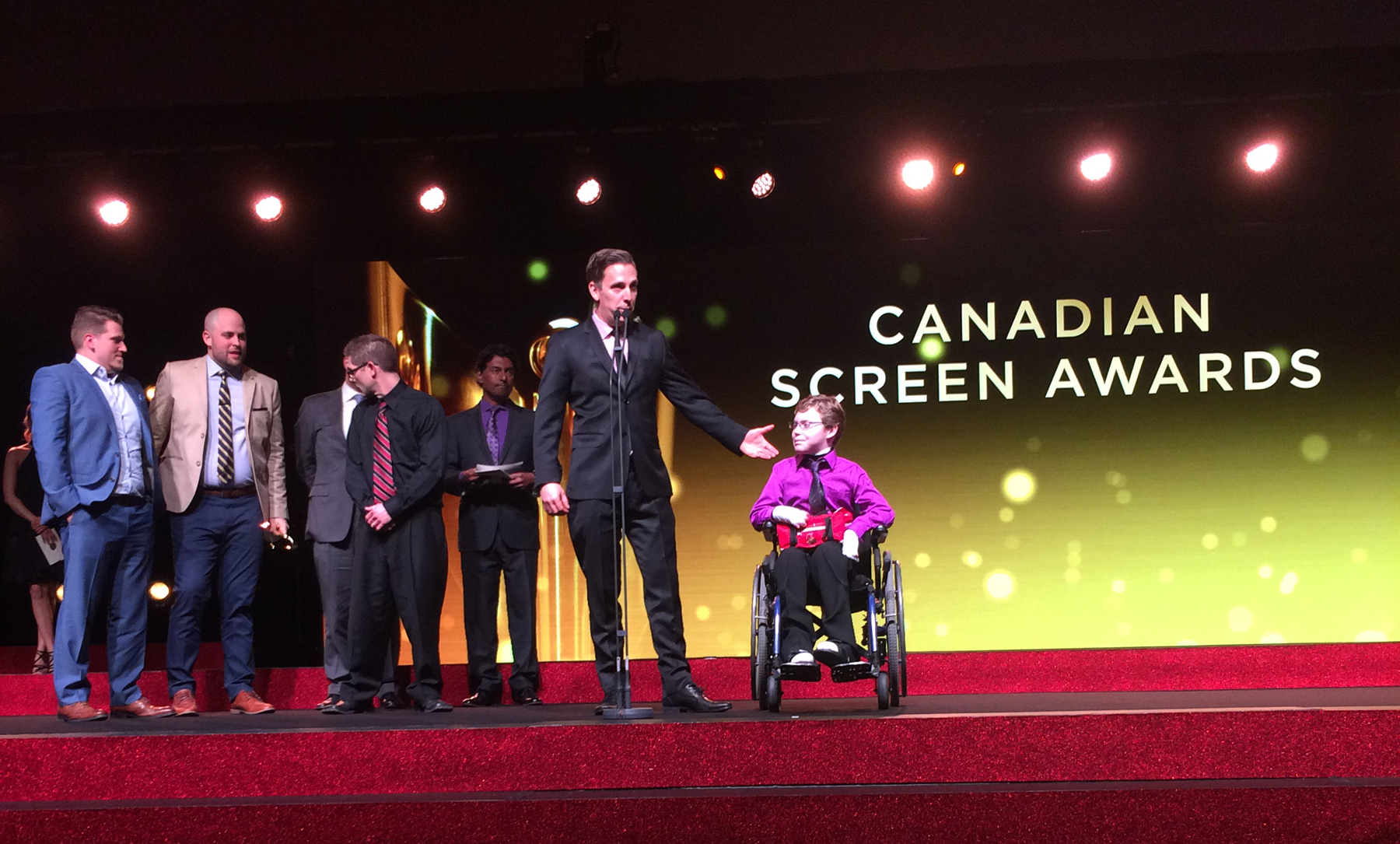 TORONTO (March 9, 2016) – Reaffirming the network’s position as Canada’s Sports Leader and the home of the biggest roster of championship events in the country, TSN was honoured with six Canadian Screen Awards last night. The network received multiple awards for two of its unrivalled range of iconic championships that live on TSN, the IIHF WORLD JUNIOR CHAMPIONSHIP and the FIFA WOMEN’S WORLD CUP, which was named Best Live Sports Event. TSN’s winners for excellence in sports broadcasting include Luke Wileman, who was named Best Sports Play-By-Play Announcer for 2015 FIFA Women's World Cup Canada, and a tie between TSN’s Ray Ferraro and Bob McKenzie for Best Sports Analyst for the 2015 World Juniors Gold Medal Game. Canada’s most inspirational hockey fan, Jonathan Pitre, was in attendance to help James Duthie, Ross Rheaume, Brent Blanchard, Devon Burns, and Michael Banani accept TSN’s award for Best Sports Feature Segment for THE BUTTERFLY CHILD. This TSN Original Feature introduced the world to Pitre’s daily battle with a rare genetic skin condition called epidermolysis bullosa. THE BUTTERFLY CHILD has been viewed more than 10 million times on YouTube to date. “Champions live on TSN, whether it’s the athletes we showcase or the amazing team we’ve assembled both on and off-camera,” said Stewart Johnston, President, TSN. “From live production to storytelling, their skill and passion is evident on the network each and every day, and these awards are a reflection of their commitment to excellence.” “I have yet to meet a greater champion than Jonathan Pitre, and we were honoured to have him join us to accept the award for Best Sports Feature Segment,” Johnston continued. “His perseverance is a true inspiration to all of us at TSN. My biggest congratulations to all the winners and nominees.” TSN’s 2016 Canadian Screen Award winners for excellence in sports broadcasting include: Canadian Screen Week, the annual celebration of excellence in Canadian film, television, and digital media productions, began last night in Toronto and culminates in a televised award broadcast on March 13, 2016.