TORONTO (May 10, 2016) – As Connor McDavid, Auston Matthews, and Patrik Laine take centre stage at the 2016 IIHF WORLD CHAMPIONSHIP, and with EURO 2016 kicking off one month today, TSN has launched a month-long CHAMPIONS LIVE HERE outdoor ad campaign at the Yonge-Bloor subway station in Toronto that highlights these iconic events – part of 60+ championships that live on TSN. 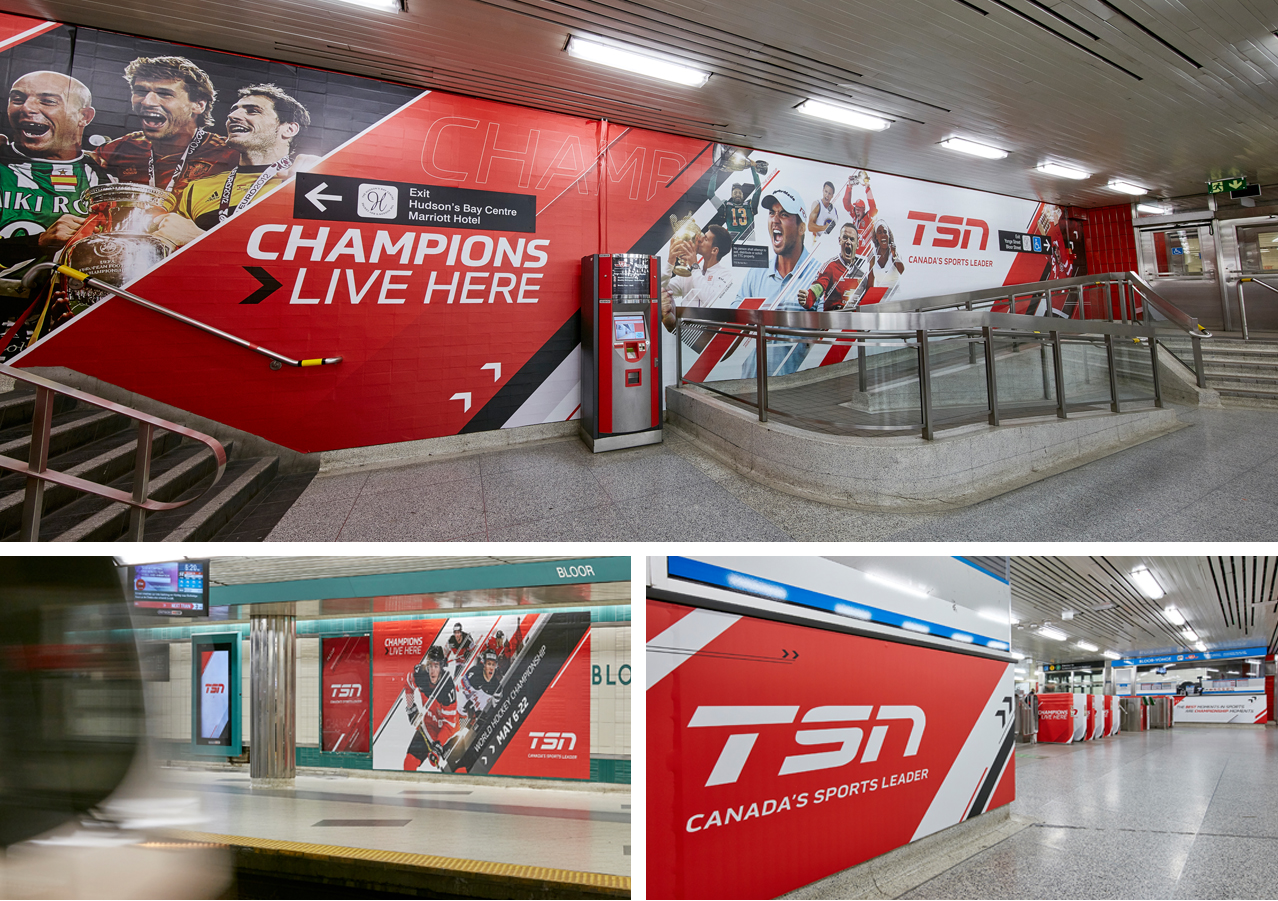