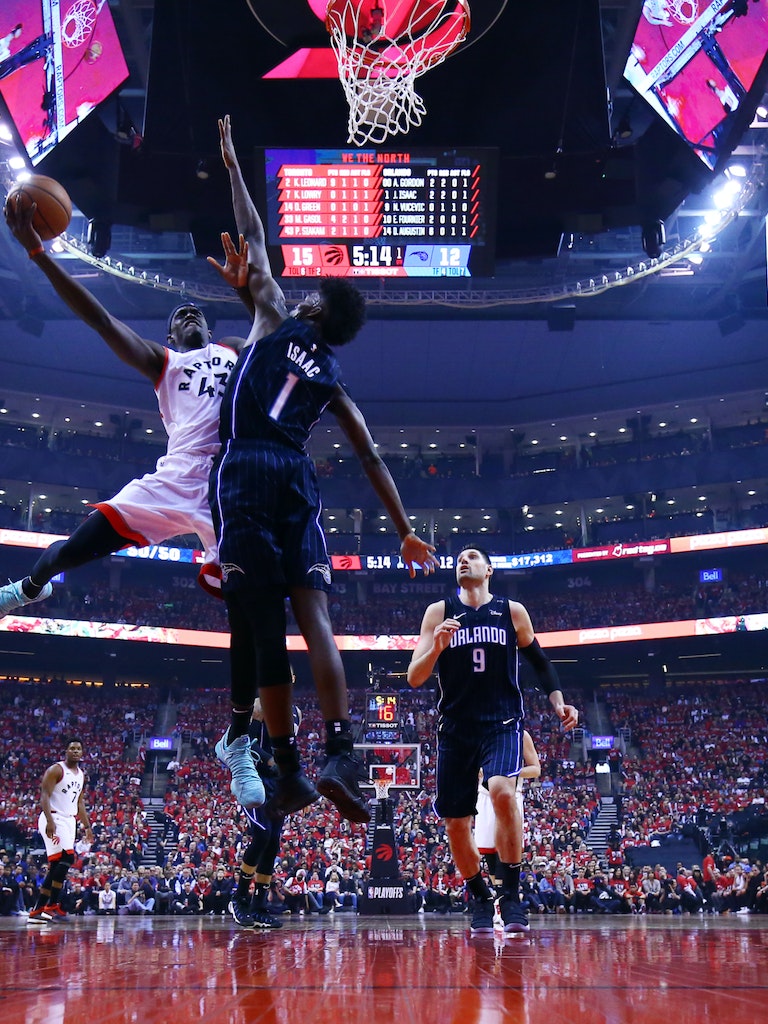 TORONTO (April 16, 2019) – TSN today announced a multi-platform partnership with Uber Eats, which sees the brand engaging in a full-court press across TSN’s extensive basketball coverage. The partnership covers the network’s live coverage of the NBA and NCAA College Basketball, and arrives just in time for TSN’s comprehensive coverage of the NBA Playoffs, continuing today (Tuesday, April 16) with the Toronto Raptors’ Game 2 against the Orlando Magic, live at 7:30 p.m. ET on TSN and TSN Radio 1050.

The partnership kicked off during TSN’s complete coverage of NCAA®MARCH MADNESS® with the Uber Eats Deliveries of the Day segment, which featured top plays from that day’s action. The Toronto Raptors’ NBA Playoffs run features the Deliveries of the Game segment, highlighting the best plays of each Raptors playoff game on TSN (the network’s complete NBA Playoffs broadcast schedule can be found here).

“Raptors fans are counting on the team to deliver the championship, but they are also relying on Uber Eats to deliver their favourite foods so they don’t miss a minute of the action,” said Jessica van Rooyen, Head of Marketing, Uber Eats Canada. “Partnering with TSN on both content development and media integration has given us the opportunity to demonstrate to Raptors fans how seriously we take our role in the game day experience.”

“We’re excited to work with Uber Eats on this expansive and integrated partnership that will drive the brand to the hoop with innovative branded content,” said Alyson Walker, Vice-President, Brand Partnerships & Client Strategy, Bell Media. “With TSN’s packed lineup of basketball programming, Uber Eats is the perfect fit to reach fans across the country during the NBA’s post-season.”

About Uber Eats Canada
Since launching in Canada in December 2015, Uber Eats has revolutionized food delivery by offering hundreds of thousands of Canadians an opportunity to connect with local restaurants in cities like Toronto, Ottawa, Montreal, Vancouver, and more. For small business owners, Uber Eats has helped expand their reach and grow their businesses while also creating flexible earning opportunities for delivery partners.

This Just in from HBO: FOSTER, A REVEALING FIRSTHAND LOOK AT F...

Royal Baby Expert Melissa Grelo Shares Her Predictions for the...