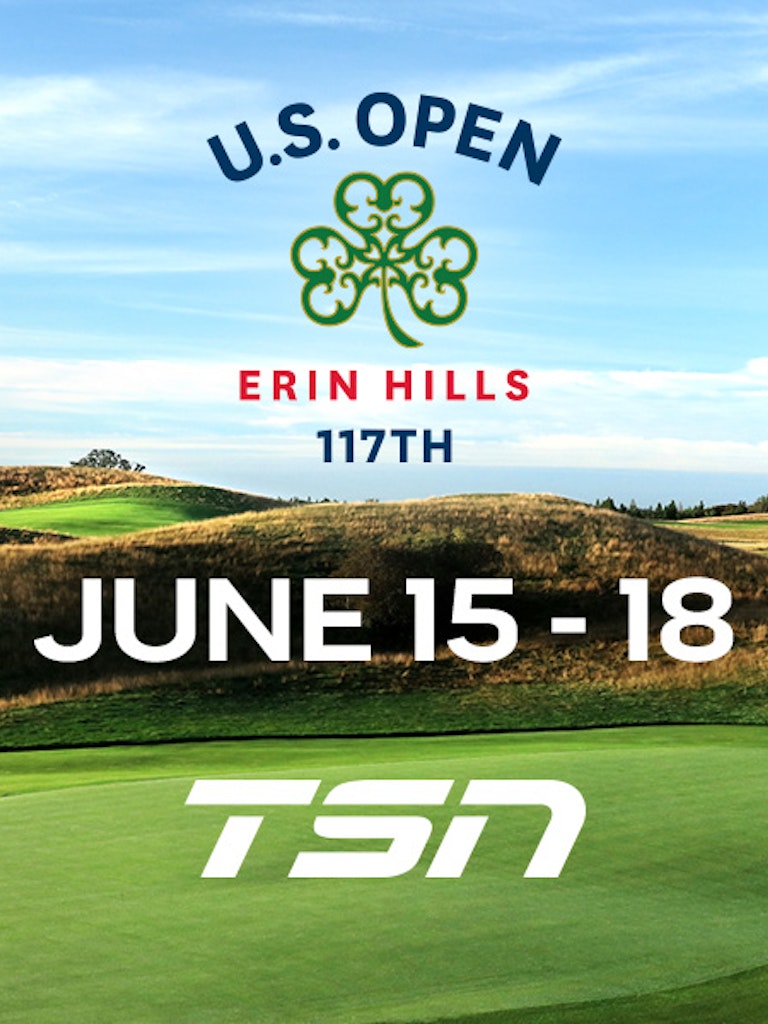 – TSN provides in-depth coverage of the four-day tournament, beginning at 8:30 a.m. ET both Thursday and Friday –

– TSN primes fans for the tournament with a series of essays from TSN golf analyst Bob Weeks, who discusses golf’s ultimate test and how hard it is for players to remain on top of their game –

TORONTO (June 14, 2017) – TSN tees off another major championship on Canada’s Sports Leader as the network delivers exclusive coverage of the 117th U.S. OPEN, live from Erin Hills in Erin, Wisconsin. TSN has all four rounds of the tournament covered beginning tomorrow, Thursday, June 15 at 8:30 a.m. ET on TSN and TSN GO, and culminates with the final round Sunday, June 18 at 11 a.m. ET on TSN (see below or visit TSN.ca for a full breakdown of the schedule). TSN gets fans ready for the tournament with a series of essays from TSN golf analyst Bob Weeks, who details the difficulties of the U.S. OPEN in GOLFS ULTIMATE TEST, available now on TSN.ca. Weeks also looks at how hard it is for golfers to remain on top of their game, with a focus on defending champion Dustin Johnson in TOP FORM TROUBLES. Throughout the tournament, Weeks provides daily reports from the U.S. OPEN for SPORTSCENTRE and TSN Digital platforms, and contributes content to TSN.ca. In addition to Weeks’ updates, SPORTSCENTRE follows the key storylines throughout the U.S. OPEN, including Rory McIlroy’s injury troubles, the difficulties of the Erin Hills course, Johnson’s ability to provide a rare repeat at this year’s tournament, and more. The 2017 U.S. OPEN features a star-studded field that includes THE MASTERS champion Sergio Garcia; defending U.S. OPEN champion Dustin Johnson, previous U.S. OPEN champions Jordan Spieth, Martin Kaymer, and Rory McIlroy, and Canada’s Adam Hadwin. This year’s U.S. OPEN marks the first time the tournament will be held at Erin Hills, and the first time Wisconsin has hosted the tournament. TSN subscribers can access live streaming and on-demand viewing of the U.S. OPEN via TSN.ca/Live and the TSN GO app, which also provide expansive bonus live streaming coverage of featured groups and dedicated holes throughout the tournament. French-language coverage of the U.S. OPEN is available on RDS. TSN’s complete coverage of the U.S. OPEN has attracted a slate of premier sponsors, including Acura, Acushnet, Assante Wealth Management, CI Investments, Freedom 55 Financial, TaylorMade, and Rolex. TSN Fantasy Golf Presented by Freedom 55 Financial Throughout the season, golf fans can take part in TSN Fantasy Golf Presented by Freedom 55 Financial by selecting their own team of six golfers from those entered in each major at TSN.ca/FantasyGolf. Bob Weeks makes his “Expert Picks” ahead of the tournament for fans to consult before building their team. The team with the lowest score at the end of each tournament wins. The winners of each major tournament will each receive a $2,000 shopping spree certificate from COBRA PUMA (to be redeemed at Golf Town) and a custom COBRA fitting experience at Golf Town. The Grand Prize winner will receive a cash prize of $10,000 at the end of the golf season. Broadcast Schedule See below or visit TSN.ca for a full breakdown of the schedule* from the U.S. OPEN: Thursday, June 15 Friday, June 16 Saturday, June 17 Sunday, June 18 *Schedule subject to change Golf on TSN TSN and RDS are the home of golf’s marquee championship events, with a slate that includes all four of golf’s Majors – THE MASTERS, U.S. OPEN, the OPEN CHAMPIONSHIP, and the PGA CHAMPIONSHIP, as well as the RYDER CUP, PRESIDENTS CUP, and a slate of PGA TOUR events.