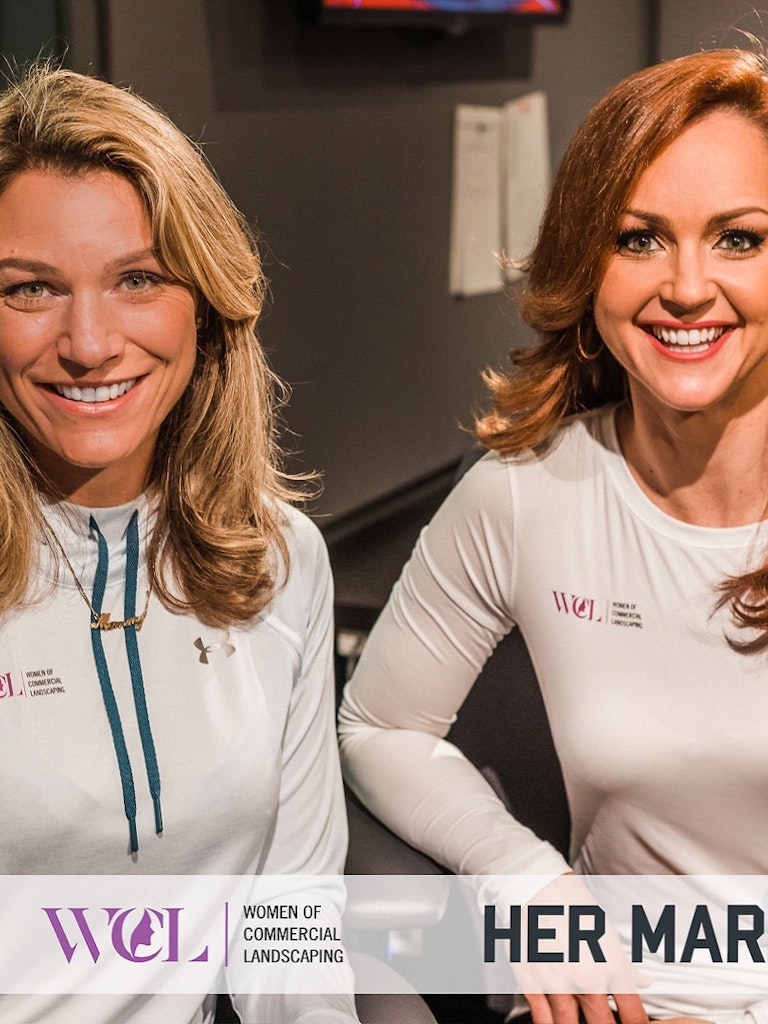 – The HER MARK PODCAST PRESENTED BY WCL joins TSN’s impressive podcast roster, including OVERDRIVE, THE JAY AND DAN PODCAST, CABBIE PRESENTS, JAMES DUTHIE’S THE RUBBER BOOTS PODCAST, and THE BOBCAST –

TORONTO (December 12, 2018) – TSN’s Kate Beirness and two-time Olympian Cheryl Pounder are making their mark on female empowerment with the launch of HER MARK PODCAST PRESENTED BY WCL (Women of Commercial Landscaping, an affiliate of Clintar Commercial Outdoor Services). The eight-episode podcast, with a unique focus on the stories of influential women, launches January 2019, and becomes yet another of the 10,000-strong podcasts currently featured on the expansive iHeart Radio Podcast Network. From breaking down barriers to balancing work and family, the HER MARK PODCAST PRESENTED BY WCL also shares hilarious stories from the world of sports. The podcast broadens the Her Mark family, originating from the annual summer Her Mark summit, a one-day event aimed at empowering the next generation of Canadian female leaders founded by Beirness. “I am thrilled to expand the Her Mark brand and philosophy with the launch of this new podcast alongside Cheryl,” said Beirness. “Not only will we feature some of the most recognizable women in sports and media, but we will also be joined by influential men who have helped promote the growth of women in sports and business. We have some incredible women in this country and we are so excited to tell their stories and also have some laughs along the way.” “I couldn’t be more excited to empower and engage women through the great stories of some strong and incredible female voices,” added Pounder. “And to do it with Kate creates the perfect combination of fun and inspiration!” 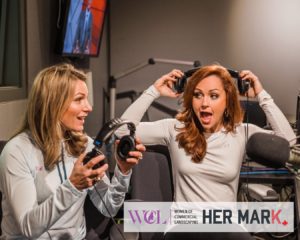 The inaugural episode of the podcast features Olympic hockey gold and silver medallist Natalie Spooner, and is highlighted by a special guest appearance of multi-platinum award winning recording artist Jann Arden, as well as 12-year NHL veteran Alexi Yashin. Hosted by Beirness and Pounder, the well-stocked guest list features many accomplished women and men in sport and media discussing a wide range of topics, from breaking down barriers to balancing work and family, along with hilarious tales from the sports world, including: Joining TSN in 2009, Beirness currently holds the roles of host of CFL on TSN’s Thursday Night Football broadcasts, sideline reporter for Toronto Raptors basketball games, and as an anchor for SPORTSCENTRE. Beirness also acted as host of women’s hockey coverage during the 2018 Winter Olympics. Along with her two gold Olympic medals for women’s hockey, Pounder has five world championship gold medals, seven Nations Cup gold medals, and most recently was a colour commentator with CBC’s coverage of women’s hockey at the 2014 and 2018 Winter Olympics. The HER MARK PODCAST PRESENTD BY WCL is available for streaming beginning January 2019 on TSN.ca, iHeart Radio Canada Podcast Network, Spotify, Apple Music, and Google Play. In addition to the HER MARK PODCAST PRESENTED BY WCL, TSN is also home to fan-favourite podcasts including OVERDRIVE, THE JAY AND DAN PODCAST, CABBIE PRESENTS, JAMES DUTHIE’S THE RUBBER BOOTS PODCAST, and THE BOBCAST. With nearly 50 original podcasts in English and French, including top performers on TSN, iHeartRadio Canada, Much studios, CTV, and RDS, Bell Media’s iHeart Radio Podcast Network continues to launch a steady drumbeat of new podcasts, focusing on expanding its reach through diverse voices and programs, delivered via industry-best technology.

About WCL
WCL is its own unique segment sponsored by Clintar Commercial Outdoor Services that aims to create a culture of equality. Created in September 2018, the newly formed organization is led by Clintar’s Chief Commercial Officer and recently recognized Woman of Influence, Kimberly Khoury. WCL aims to foster a culture of empowerment, and women supporting women throughout industries which have traditionally been male-dominated, especially at the senior executive level. The association provides an opportunity for professional networking among all women; especially those interested in starting and operating a business in the field of commercial landscaping and snow removal. As an organization, WCL will encourage women to gain confidence in their decision-making, enrich themselves through education, and fulfill their leadership potential in their chosen field.

Grateful director of YOU ARE HERE: A COME FROM AWAY STORY wasn...