– The home cooks face their first Team Challenge, as they cook for the world-class acrobats, performers, and crew of Cirque du Soleil’s show Kurios: A Cabinet of Curiosities, when MASTERCHEF CANADA continues in two weeks on Sunday, March 1 at 7 p.m. (8 p.m. CT) –

To tweet this alert: http://bmpr.ca/1DRr8pi It was a night of surprises for the MASTERCHEF CANADA Season 2 Top 16, as judges Michael Bonacini, Alvin Leung, and Claudio Aprile revealed that two home cooks would be leaving the kitchen following the first Mystery Box and Elimination Challenge of the season. Debbie MacDonald, a Special Needs Teacher from Port Hood, N.S., and Kyle McKenna, a Bartender from Paradise, N.L., both relinquished their white aprons following the unexpected double elimination. With 14 home cooks remaining, MASTERCHEF CANADA returns in two weeks on Sunday, March 1 at 7 p.m. (8 p.m. CT) on CTV, with the first Team Challenge which will be no easy feat – cooking for the acrobats and crew of Cirque du Soleil’s show Kurios: A Cabinet of Curiosities. In tonight’s episode, a Mystery Box Challenge had the home cooks using Philadelphia Cream Cheese, and Jon Hameister-Ries’ cream cheese phyllo tarts gave him the win heading into the Elimination Challenge. Being safe from elimination wasn’t the only advantage Jon received, as he also got to select which of the judges’ favourite Asian food cravings the other home cooks would have to prepare – and chose judge Claudio’s Chinese stir-fry with rice. In the first surprise of the episode, Jon earned the opportunity to save one of his fellow home cooks from elimination and selected David Jorge. Following the Elimination Challenge, the second surprise was revealed, and Jon received the opportunity to save another home cook, choosing Jennifer Innis. Andrew Al-Khouri was the winner of the Elimination Challenge and Line Pelletier took second place, making them both team captains in the next Team Challenge. In the end, the judges revealed Debbie, Kyle, and Kwasi Douglas were in the bottom three, before eliminating Debbie and Kyle. 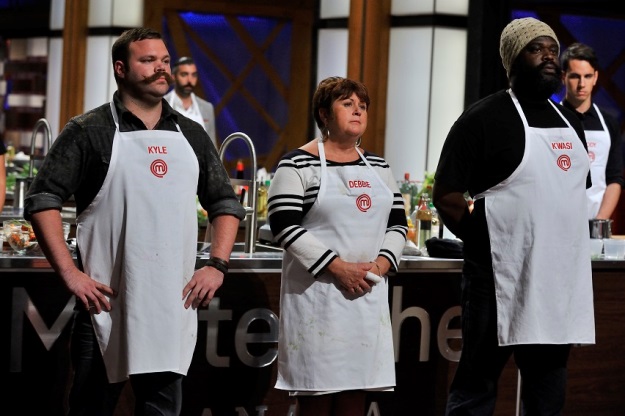 Rachel Homan Looks for a Three-Peat at the 2015 SCOTTIES TOURN...