TORONTO (January 4, 2018) – CTV announced today that Walt Disney Studios Motion Pictures Canada is the lead sponsorship partner in Canada of the inaugural season of the music series, THE LAUNCH. The all-new international format comes from Bell Media and world-renowned music mogul Scott Borchetta, President and CEO of Big Machine Label Group. Various films were tagged in promos for the new series beginning Nov. 8 and that will continue until the broadcast premiere on Wednesday, Jan. 10 at 9 p.m. ET/PT on CTV. To coincide with the series premiere, Disney will use both co-branded promos and brand sell spots to link to the series. Bell Media will produce three custom 90-second promos featuring an emerging artist from THE LAUNCH introducing an upcoming film along with the trailer. Each promo will focus on a different Disney or Marvel film. Disney will also run 30-second brand sell spots in the show. “A global juggernaut, Disney is the perfect partner for THE LAUNCH in Canada, as we look to deliver the format to audiences worldwide,” said Laird White, Director, Brand Partnerships, Bell Media. “With Disney we reach a huge audience as we promote the show and three blockbuster films.” Disney will work with emerging artists from THE LAUNCH to promote various films, including Vivian Hicks for Disney’s A Wrinkle in Time, The Static Shift for Marvel’s Avengers: Infinity War, and Jayd Ink for Marvel’s Black Panther. This will include releasing content on their social media accounts. Created for markets around the world, in each close-ended, hour-long episode of THE LAUNCH, five unsigned emerging artists audition for the opportunity to record and perform a new original song, mentored by a panel of internationally renowned music industry legends – from discovery to stardom in just 48 hours. THE LAUNCH will air Wednesdays at 9 p.m. ET/PT on CTV and CTV GO beginning Jan. 10, with the premiere episode to air in super simulcast on CTV Two and Much. THE LAUNCH will also air in French on VRAK day and date with CTV.

About Disney’s A WRINKLE IN TIME

From visionary director Ava DuVernay comes Disney’s “A Wrinkle in Time,” an epic adventure based on Madeleine L’Engle’s timeless classic which takes audiences across dimensions of time and space,  examining the nature of darkness versus light and, ultimately, the triumph of love. Through one girl’s transformative journey led by three celestial guides, we discover that strength comes from embracing one’s individuality and that the best way to triumph over fear is to travel by one’s own light.

Meg Murry is a typical middle school student struggling with issues of self-worth who just wants to fit in. The daughter of two world-renowned physicists, she is intelligent and uniquely gifted, as is Meg’s younger brother, Charles Wallace, but she has yet to realize it for herself. Complicating matters is the mysterious disappearance of Mr. Murry, which has left Meg devastated and her mother broken-hearted. Charles Wallace introduces Meg and her fellow classmate Calvin to three celestial beings (Mrs. Which, Mrs. Whatsit and Mrs. Who) who have journeyed to Earth to help search for their father, and together they embark on their formidable quest. Travelling via a wrinkling of time and space known as tessering, they are transported to worlds beyond their imagination where they must confront a powerful evil force. To make it back home to Earth, Meg must face the darkness within herself in order to harness the strength necessary to defeat the darkness rapidly enveloping the Universe.

Marvel Studios’ “Black Panther” follows T’Challa who, after the death of his father, the King of Wakanda, returns home to the isolated, technologically advanced African nation to succeed to the throne and take his rightful place as king. But when a powerful old enemy reappears, T’Challa’s mettle as king—and Black Panther—is tested when he is drawn into a formidable conflict that puts the fate of Wakanda and the entire world at risk. Faced with treachery and danger, the young king must rally his allies and release the full power of Black Panther to defeat his foes and secure the safety of his people and their way of life.

An unprecedented cinematic journey ten years in the making and spanning the entire Marvel Cinematic Universe, Marvel Studios’ “Avengers: Infinity War” brings to the screen the ultimate, deadliest showdown of all time. The Avengers and their Super Hero allies must be willing to sacrifice all in an attempt to defeat the powerful Thanos before his blitz of devastation and ruin puts an end to the universe. 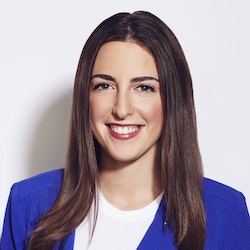 Olympic Hopefuls Head to Vancouver for the 2018 CANADIAN TIRE ...