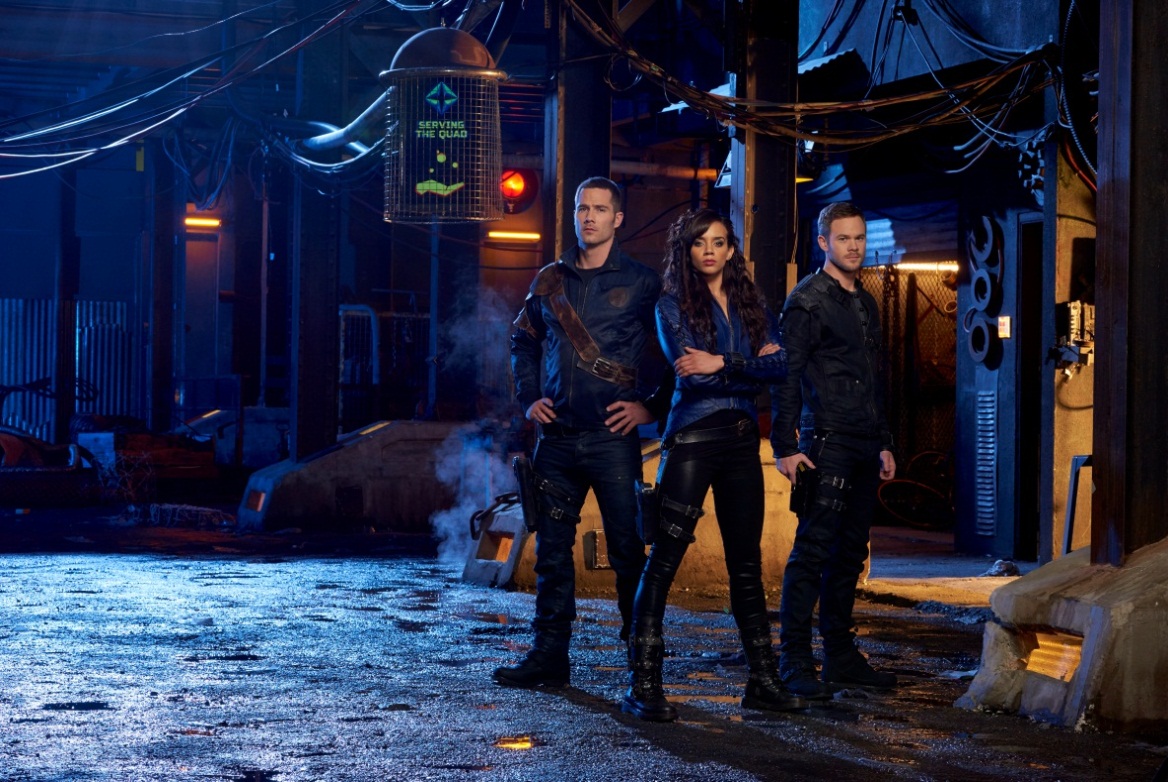 TORONTO (May 13, 2015) – Move over Boba Fett, a new generation of badass bounty hunters are taking over the galaxy as Space premieres the new original Canadian action adventure series KILLJOYS on Friday, June 19 at 9 p.m. ET. Created by showrunner Michelle Lovretta (LOST GIRL) and produced by Temple Street Productions, KILLJOYS follows a trio of reclamation agents - or “Killjoys” - as they chase deadly warrants throughout the Quad, a distant planetary system on the brink of a bloody, class war. The 10-episode, one-hour series will also air simultaneously in the U.S., on Syfy. Leading the Killjoys team is Dutch (Hannah John-Kamen, Viva Forever), a gorgeous, former assassin with a complicated past; her loyal partner John (Aaron Ashmore, SMALLVILLE), a witty, technical wizard with a vulnerable heart; and his estranged brother D’avin (Luke Macfarlane, BROTHERS & SISTERS), an elite soldier with an expertise in combat tactics. Together, the three Killjoys form a highly accomplished team of bounty hunters, each with distinct and valuable specialties to offer as they navigate the culturally rich, politically complex, and economically polarized worlds of The Quad. As previously announced, Canadian genre icon Amanda Tapping guest stars as a fiercely clever scientist, whose charismatic charm keeps her true intentions concealed from the Killjoys. In the series premiere of KILLJOYS, “Bangarang” (Friday, June 19 at 9 p.m. ET) Killjoys Dutch and John are in serious need of R&R after capturing a dangerous smuggler in the badlands of Westerley. But when a death warrant is posted for D’avin, John secretly takes the job to save his estranged brother. With a competing Killjoy also on the job, the team is in a race against time to clear D’avin’s name and their own. For a sneak peek at the premiere of KILLJOYS, click here. Meet the KILLJOYS team: DUTCH – Level 5 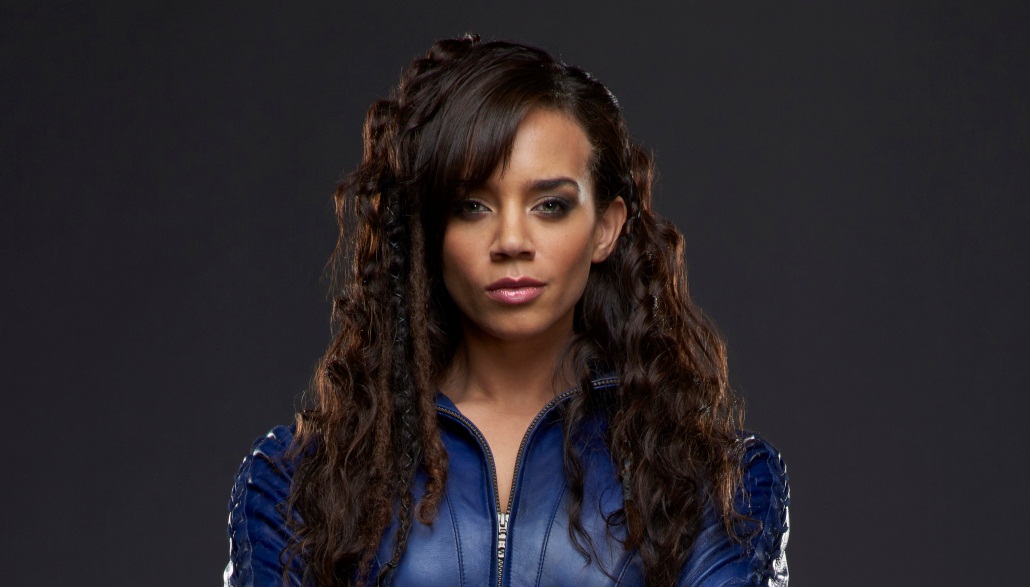 Gorgeous, complicated, and deadly, Dutch is the leader of the Killjoy trio. A top-level Killjoy with serious combat skills, Dutch is a much-loved and a charming presence in her community, with a unique gift for earning people’s trust and respect regardless of their class. While bold and fun-loving on the surface, under her banter and protective flirtations there is maturity, pain, and a deep solemnity resulting from a dark secret past. JOHNNY JAQOBIS – Level 3

A Level 3 Killjoy and Dutch’s long-time partner, John is a peacemaker who hates conflict, despite his profession. Cheerful and kind-hearted, John prefers not to fight, but his sarcastic wit has put him into the fray often enough to teach him how to do it well.  As the team’s resident mechanic and pilot, John can fix, build, and fly any machine. D’AVIN JAQOBIS

John’s older brother, D’avin is many things: handsome, strong, sarcastic, and loyal, but above all, he is a born soldier. As the team’s newest addition, he brings a hard-won expertise in tactics and hand-to-hand combat. But what Dutch and John don’t know is that D'avin left the military under mysterious circumstances, and he’s come to The Quad to square his unfinished business with some potentially dangerous people.

Lucy is a small private ship with a distinct personality, who has ties to the Killjoys back to the day that Dutch and John first met. She has served them well ever since, and while not one to play favourites, Lucy often demonstrates a distinct fondness for John. Comprised of a small cockpit, Spartan sleeping quarters, and a lounge area, Lucy provides the team with interplanetary transportation, as well as a private work/live space. KILLJOYS was created by Michelle Lovretta who also serves as executive producer and showrunner. Executive producers are David Fortier and Ivan Schneeberg of Temple Street Productions. Co-Executive Producers are Karen Troubetzkoy and Jeremy Boxen. Consulting Producers are Emily Andreas, Adam Barken, Chris Grismer, and Aaron Martin.  Supervising Producer is Andrea Boyd.  Producer is Regina Robb. Universal Cable Productions distributes the series worldwide. KILLJOYS is produced by Temple Street Productions in association with Bell Media and Syfy. Rebecca DiPasquale is Production Executive, Bell Media. Tom Hastings is Director, Drama, Independent Production, Bell Media. Corrie Coe is Senior Vice-President, Independent Production, Bell Media. Tracey Pearce is Senior Vice-President, Specialty and Pay, Bell Media. Phil King is President, CTV, Sports, and Entertainment Programming.